Under an 11-year contract, Transdev has begun operating two types of fossil-free buses in the cities of Norrköping, Söderköping and Valdemarsvik in Östergötland, eastern Sweden. 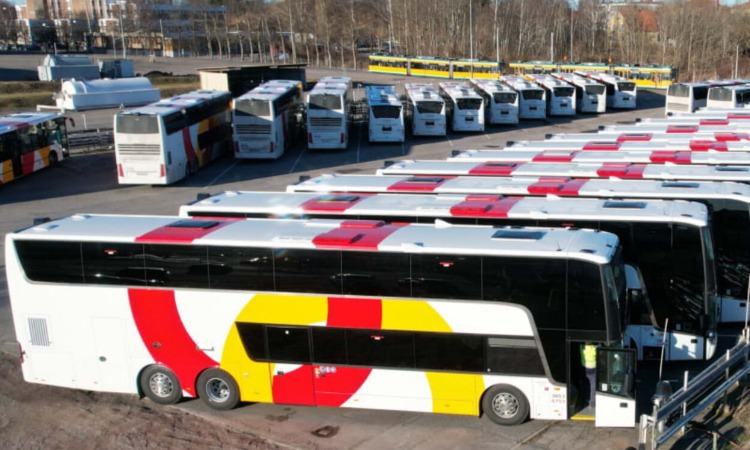 Transdev has announced that, as of 21 February 2022, it has begun operating the regional bus services in Östergötland, eastern Sweden, with the launch of 32 new fossil-free bogie buses and double-deckers. Covering the cities of Norrköping, Söderköping and Valdemarsvik, Transdev will be operating the buses for a period of 11 years on behalf of the regional public transit authority, Östgötatrafiken.

The new buses will offer better comfort for passengers, with both types of vehicles providing Wi-Fi and USB charging in the passenger compartment. Although both buses run on biodiesel fuel (RME), the 12 Scania Citywide Suburban (bogie) buses are 9m in size, while the 20 Scania Van Hool (double-decker) buses are 7m in size.

Marie-Louise Arnell, Business Manager Östergötland of Transdev Sweden, said: “We look forward to welcoming passengers on board our new buses. Especially now that the restrictions have been lifted and we can all travel as normal again. We have a really good local knowledge and have been running public transport in Norrköping and Finspång for several years now. We will continue to do our best to ensure that new and old customers choose to travel in a sustainable way.”

Furthermore, Transdev will expand its regional bus services in the region in June 2022, when it starts to operate the express bus routes of Norrköping-Finspång, Finspång-Linköping, Norrköping-Linköping and the local Krokek-Norrköping route.

Transdev has been operating bus and tram services in Norrköping on behalf of Östgötatrafiken since 2004 and bus services around Finspång. The transport operator is also participating in the ‘Ride the future’ research project on the campus of Linköping University, where three self-driving autonomous shuttles are operating on the open street on a loop of just over 4km.