Following its 2021 pilot programme, Bolt has found that in-app encouragements have significantly impacted mobility habits, with 60 per cent of users shifting from a ride hail to an e-scooter for journeys shorter than 3km. 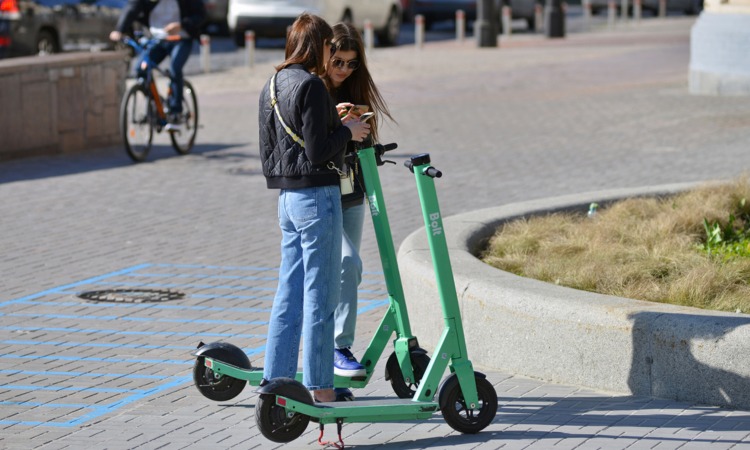 European mobility operator Bolt and the Institute of Transport Economics (TØI) have reported that in-app encouragement resulted in a 60 per cent shift of users from ride-hailing to e-scooters for shorter trips, following Bolt’s 2021 pilot programme. They also observed a shift in mobility habits for long-term app usage.

During the pilot programme, randomly selected groups of Bolt customers from 10 European cities received in-app encouragement to switch from ride-hailing to an e-scooter for trips shorter than 3km. Groups that were actively encouraged were then compared to groups that didn’t receive the encouragement – allowing scientists to measure the shift in mobility habits.

Resulting from three waves of piloting, the data has been independently analysed by TØI in Oslo, Norway. According to the final results, on average, up to 60 per cent of users shifted from a ride hail to an e-scooter for short trips if the scooter was within a 300m distance.

The implications of the findings are significant, as most car trips are less than 5km long, while around 25 per cent of Bolt car-hailing trips globally are shorter than 3km. This means that encouraging users to adapt their shared mobility option to their trip distance has a considerable impact on the environment. According to Bolt’s data, an e-scooter’s CO2 emissions are on average three times lower than that of a car.

Martin Villig, Co-Founder of Bolt, said: “We are constantly working with cities to make sure that our scooters fit in the urban transportation ecosystem. The report that we are launching today confirms that our app is the ideal tool to help to build more sustainable commuting habits, because customers can be encouraged to shift from cars to scooters, according to the distance that they travel. This can significantly reduce pollution but can also help to manage urban congestion.”

The most successful findings have been found from cities where there is a high availability of shared scooters, such as Lisbon, where in-app encouragement led to a 210 per cent increase of users opting for a scooter instead of a shared car ride.

Bjorn Gjerde Johansen, Chief Research Economist at the research area Economic Models at TØI, said: “We found the share of users choosing e-scooters to be higher in virtually all experiments, and the results demonstrate that encouraging users through changing information in multimodal interfaces can be an effective way of switching users away from cars, at no cost to the user.”

This project is aligned to the approach of the new European Urban Mobility Framework released in December 2021, which considers new mobility services as part of a multimodal, integrated approach to sustainable urban mobility. By working to build a modal shift programme, Bolt is playing its part to help European cities lead the transition to net-zero emissions by 2030.