The first section of Qatar’s new Lusail tramway, the Orange Line, has been opened to the public, marking the beginning of making the entire tram network operational in early 2022. 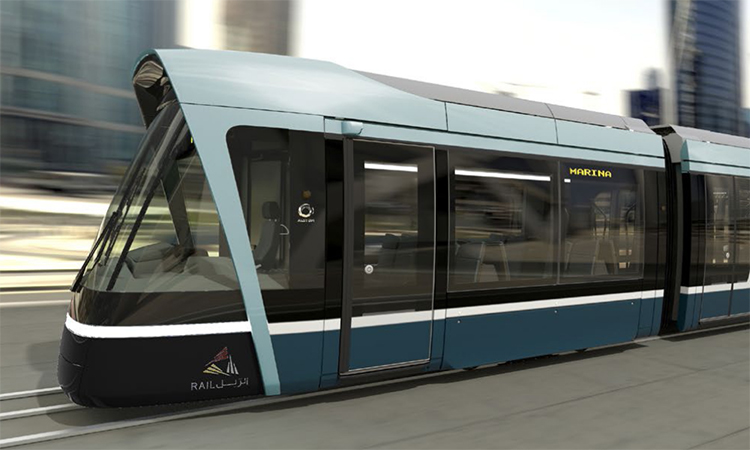 On 1 January 2022, the new Lusail tramway was launched by the Qatar Minister of Transport and the Chairman of Qatar Rail, the Qatari national public transport operator.

This first preview service has been opened to the public on the Orange Line and serves six underground stations: Marina, Marina Promenade, Yacht Club, Esplanade, Energy City South and Legtaifiya, which offers an interconnection with the Doha Metro.

RKH Qitarat – the joint venture formed by RATP Dev, Keolis and Hamad Group – was selected at the end of 2017 by Qatar Rail to operate and maintain the automatic metro system in Doha, the capital of Qatar, and the tramway system in Lusail, a new city located about 15km from Doha, for a period of 20 years. Since then, three automatic metro lines have been successfully opened between May and December 2019.

With the opening to the public of this first section of the Lusail tramway, RKH Qitarat is now proud to reach a new milestone in Qatar’s rollout of a multimodal and environmentally friendly public transport system, which is aimed at providing passengers with a safe and reliable service.

Once the whole tram network is operationally launched in early 2022, the Lusail tram network will include four lines and 25 stations on a distance of 18km, with two interconnections with the automatic metro.

This network will provide continuous access to all stadiums, 24 hours a day, seven days a week, which will be particularly useful as Qatar is set to host the 22nd edition of the Football World Cup from November 2022.

The launch of the Lusail tramway follows the success of the Doha Metro, a driverless metro network which features three lines – Gold Line, Green Line and Red Line – and has been fully operational since 2019. The Doha Metro includes 37 stations on a distance of 76km with one Integrated Control Centre (ICC) to manage the whole driverless network.