Metropolitan Transportation Authority partners with local food banks and officers from the MTA Police Department to deliver 3,947 pounds in donations from its employee-driven food drive campaign. 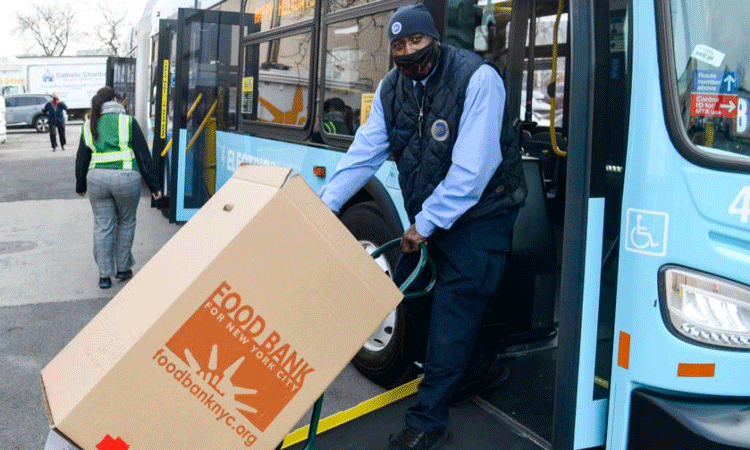 NYC Transit’s electric bus 4961, which was also featured in this summer’s ‘Hometown Heroes Ticker Tape Parade,’ picked up donations from the Michael J. Quill Depot and drove them to Food Bank for New York City’s warehouse in Hunts Point. LIRR and Metro-North donations were picked up by MTA Police officers and delivered to the food banks in those territories. 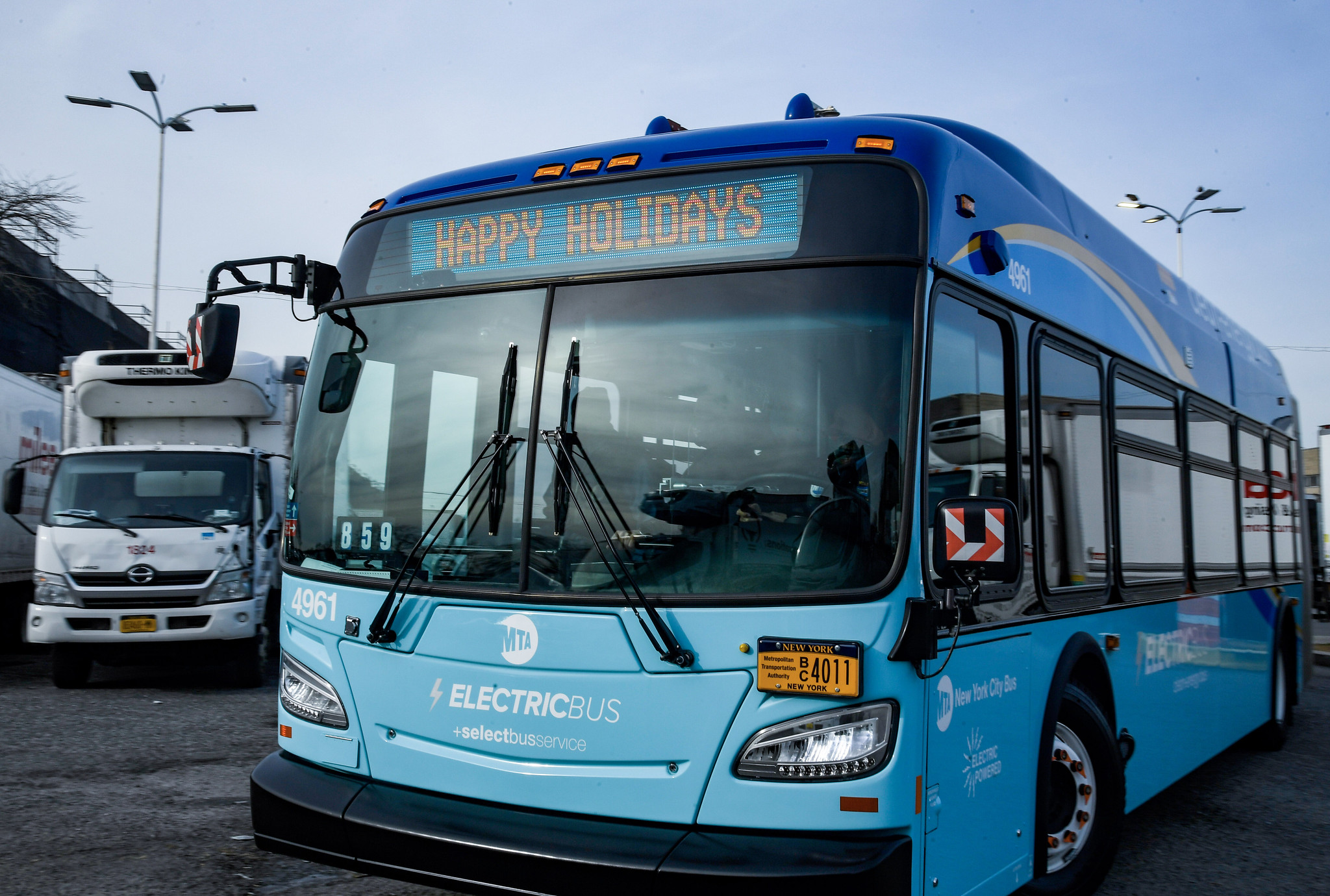 At a time when food insecurity is increasing, thanks to the generosity of MTA employees, 3,290 meals will be served to families during the holidays.

“The MTA has kept the region moving since the COVID-19 pandemic began, and now our employees are taking it even further by helping their neighbours in need,” said MTA Acting Chair and CEO, Janno Lieber. “I want to thank our partners at the MTA PD, who helped make sure this food can get to those who need it most this holiday season.”

“At a time where so many New Yorkers are struggling, it’s amazing to see MTA employees, who are helping ensure their neighbours can have a happy holiday season,” said Acting President at the MTA Bus Company and New York City Transit Senior Vice President of Buses, Frank Annicaro. “Our colleagues at all 28 bus depots and central maintenance facilities across the city rose to the challenge, and I could not be prouder to be part of this team.”

MTAPD Chief of Operations, Joseph McGrann commented: “The MTA Police Department stands ready to help its neighbours struggling with hunger, and it is important that everyone knows about food insecurity, especially during the holiday season. I want to thank the officers who spent countless hours delivering food and toys to those who need it most this holiday season.” 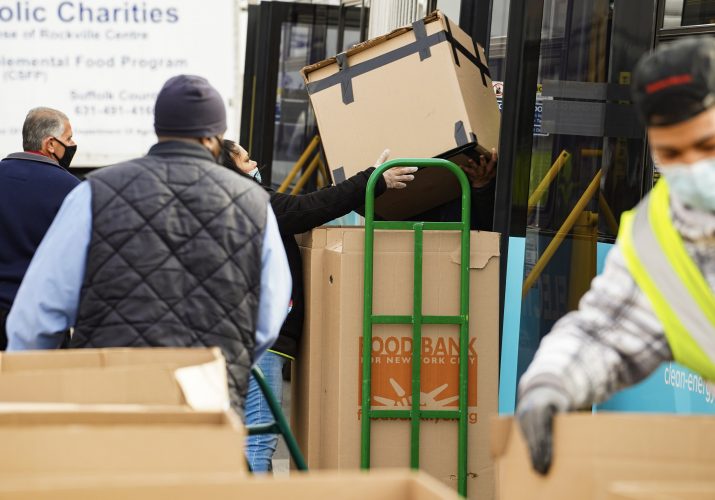 MTA delivers donated food to the Food Bank for New York City at the Hunts Point Cooperative Market. The food was collected through the ‘Stuff an Electric Bus’ drive across MTA facilities. Credit: Marc A. Hermann / Metropolitan Transportation Authority (MTA)

“We are incredibly grateful for all of the amazing MTA employees who gathered resources and collected food to support our mission to fight hunger across the five boroughs this holiday season,” added Leslie Gordon, Food Bank For New York City President and CEO. “At a time when 1.6 million New Yorkers are currently facing food insecurity, each and every gift makes a difference for our neighbours in need. We owe a debt of gratitude to our friends at the MTA, not only for the donations they made today, but for the work they’ve done on the frontlines to keep our city moving throughout the pandemic.”

The MTA’s All Generational Transportation Employee Group also collected 202 coats and 74 children’s coats, hats and sweaters to be donated to the Bowery Mission.