As more people continue to return to the daily commute, school, or other activities, Chicago Transit Authority’s ridership continues to reach its highest levels since the before the start of the pandemic. 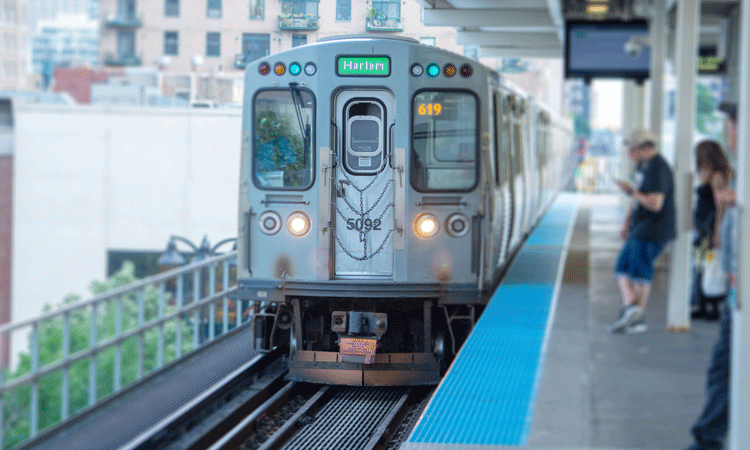 Chicago Transit Authority (CTA) ridership continues to increase in 2021, reaching the highest levels since the before the start of the COVID-19 pandemic, as more people return to work, school, and other activities across the region.

“The fall season is typically our highest ridership period for the year, and in 2021, that tradition has resumed,” said Dorval R. Carter, Jr, CTA President. “CTA daily ridership has consistently been at or above 50 per cent of pre-COVID-19 pandemic levels, one of the strongest among large U.S. transit agencies. As our customers evolve and adapt to the realities of their new schedules and routines, so too will the CTA, but what will remain unchanged is our commitment to provide, affordable, reliable transit service.”

In January 2021, CTA averaged a little more than 400,000 rides on weekdays and roughly 10.8 million rides for the month. Since then, CTA’s system-wide ridership has essentially doubled, with more than 21 million monthly and nearly 800,000 average weekday rides provided during the month of September. Ridership surpassed 800,000 five times in September, reaching a peak of 846,000 riders on 17 September 2021, during the Riot Fest music festival in Douglas Park.

Rail ridership to and from the Loop has nearly tripled since the start of 2021 with more than 29,300 average weekday rides provided in September, up from an average of 9,800 on weekdays in January 2021.

There are a number of factors behind these changes in CTA ridership, including the extension of the  ‘More Fun, Less Fare’ promotional discount on CTA’s most popular unlimited ride passes, which CTA says have helped shape new travel habits and encourage riders to take CTA for more than just trips to the office.

In fact, average weekend ridership (Saturday/Sunday/Holidays) is also consistently at 60 per cent to 65 per cent of pre-COVID-19 levels, reflecting it’s more than just work and school commuters hopping back on the CTA. Rides taken on CTA for major events in this city this summer and fall have been near or above 2019 ridership levels.