Those that have not had at least one dose of the vaccine will not be permitted to use the city’s public transport services, nor enter public buildings under the new policy. 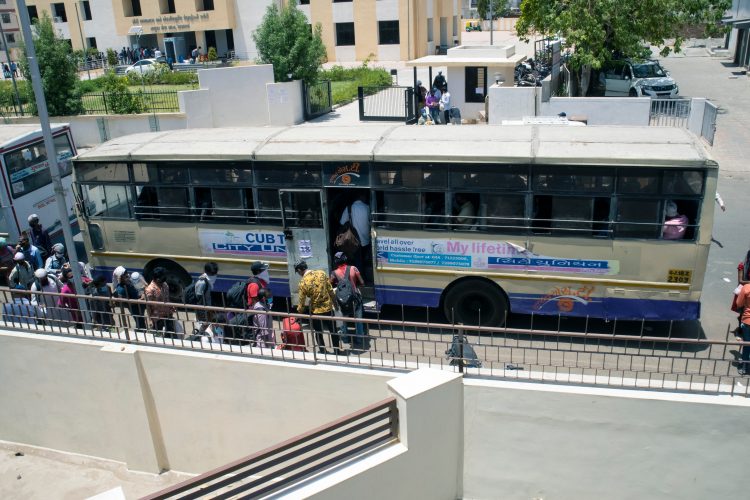 The Indian city of Ahmedabad has banned unvaccinated residents from using its public transport network. The Ahmedabad Municipal Corporation (AMC) has banned those not vaccinated against COVID-19 from using transport services or even entering public buildings from today (20 September 2021).

The news was conveyed by AMC Commissioner Mukesh Kumar via Twitter last Friday, when the official stated that “entry will be allowed ONLY for persons having ONE or BOTH doses (if eligible) of vaccine for availing various municipal services.” He also confirmed that “vaccine certificate shall be checked at entry point of such facilities.”

Entry will be allowed ONLY for persons having ONE or BOTH doses (if eligible) of vaccine for availing various municipal services.

Vaccine certificate shall be checked at entry point of such facilities. To be effective from 20 September, Monday. pic.twitter.com/sPpB3NjhkP

The new policy will affect the city’s regular bus network, as well the rapid bus transit service that serves most of the city.

The state of Gujarat has seen COVID-19 cases drop to very low levels in recent weeks, after the devastation seen in India earlier in the year at the hand of a new wave of the virus.

According to The Hindustan Times, the state has administered nearly 57 million doses, with 40 million people receiving their first vaccine and a further 16.7 million fully vaccinated against COVID-19. It’s thought that the policy to exclude those not jabbed against the virus is an effort to drive vaccine uptake and reduce hesitation around the vaccine, as Gujarat looks to immunise the remainder of its population.

It is a policy that will no doubt prove controversial with some – the reliance of many on public transport in Ahmedabad to go about their daily live may force the hands of some unvaccinated individuals – but whether it will ultimately be successful in increasing vaccination coverage remains to be seen. It’s certainly an interesting model, and there could perhaps be several public transport operators watching on with interest to see how the city of Ahmedabad reacts.