The virtual ‘Troika’ card will enable passengers to pay for public transport across Moscow – including the metro, buses, trams and trains – with their smartphones, rather than by card. 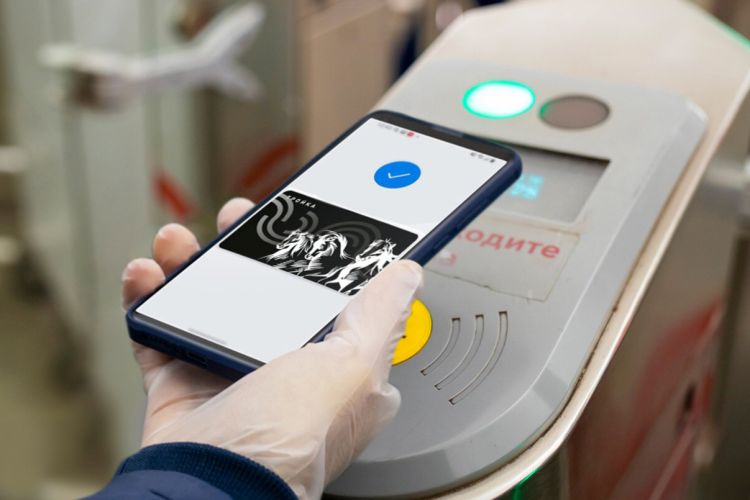 Moscow Metro, VTB Bank, Google and Mastercard have announced that the final stage of testing of the virtual ‘Troika’ card to pay for public transport in Moscow has begun.

Project participants will be able to test a unique technology for using travel tickets that are purchased and loaded on a virtual ‘Troika’ by using a special version of the Moscow Metro mobile application, with VTB Bank automatically issuing and uploading the card to the mobile device wallet.

The process of paying for travel is similar to the payment mechanism by card; it is as simple as presenting a smartphone screen to the turnstiles or validators installed across Moscow’s public transport network that are able to accept bank cards. At the same time, customers do not need to unlock their phones by entering passwords, reading a fingerprint or scanning a face – the ticket is calculated from the smartphone automatically.

Customers only have to select Google Pay as the main type of payment in their phone to take advantage of the project. The owners of mobile devices with the Android operating system installed and the Google Pay app downloaded will be the first to evaluate the advantages of the new product.

During testing, passengers will be able to purchase a Single ticket with a 30-day travel limit. The purchase of the card is facilitated by a special version of the Moscow Metro mobile application for testing. Customers can use the virtual ‘Troika’ on the metro, buses, trams, electric buses, Moscow Central Diameters train services and the Moscow Central Circle rail line.

The launch of large-scale testing is aimed at evaluating the functionality of the virtual solution from the point of view of passengers as, first and foremost, the project has been created for the convenience and to meet the needs of travellers using the transport network in Moscow and the Moscow Region. The virtual ‘Troika’ is a transport card, the issue and use of which is carried out using a smartphone, without the use of a plastic carrier.

Maxim Liksutov, Deputy Mayor of Moscow and Head of the City Department of Transport and Road Infrastructure Development, commented: “More and more people do not carry plastic cards with them, so we decided to launch a virtual ‘Troika’ by using smartphones. I invite everyone who wants to test a new opportunity and become the very first owners of a virtual ‘Troika’ in Moscow. We are looking to the future and are expecting modern Muscovites who love technology and Moscow transport.”