UITP has elected its newest President after the General Assembly voted for Khalid Alhogail to take up the role for the next two years, following his tenure as UITP Vice President. 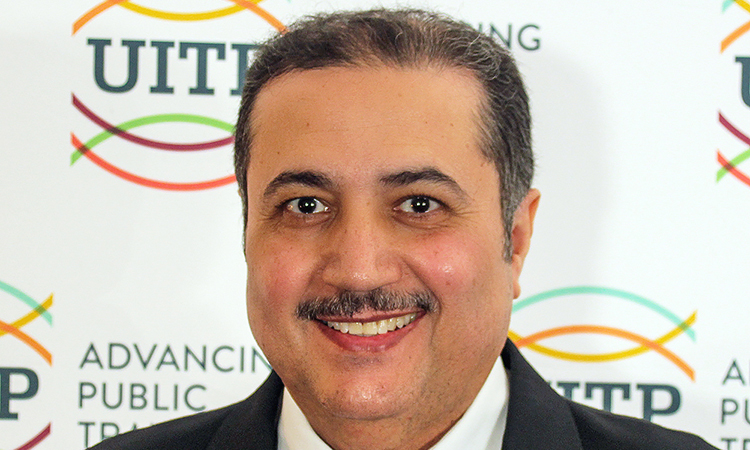 Khalid Alhogail will serve as President from 2021-2023

Khalid Alhogail, the Chief Executive Officer and Managing Director of the Saudi Public Transport Company (SAPTCO), has been voted in as UITP’s new President for the 2021-2023 term.

As CEO and MD of SAPTCO for the past 15 years, Khalid Alhogail is a well-known industry figure, overseeing one of the largest public transport companies in the Middle East and North Africa (MENA) region.

Every two years, the candidate(s) who have put themselves forward to become part of UITP’s Secretariat leadership face a vote during the General Assembly.

During his tenure, UITP says Mr. Alhogail will advocate for public transport through a wide range of activities and opportunities, working alongside our international membership.

Previously Chairman of the Saudi National Union for Joint Stock Companies, representing 186 CEOS of listed companies for ten years, he has been closely involved with several major transportation projects in the Middle East and North Africa and has developed many international projects in the region.

“It is my great honour to be elected as the new UITP President. I am proud of the long-standing involvement I have with the association, and I look forward to engaging with the international membership to advance the association’s vision in the years to come. Public transport needs strong support as we look towards a post-pandemic world, and I hope to work alongside many of you in the times ahead,” said Khalid Alhogail, UITP President

For the past five years, Alhogail has been a member of UITP’s Executive Board and Policy Board, and before being sworn into his new role, held the role of a UITP Vice President.

Alongside leading SAPTCO, Mr. Alhogail has been Chairman of the UITP MENA Executive Committee, further strengthening his presence in the agency’s global activities.

The new President will work closely with the UITP Secretariat, led by Secretary General Mohamed Mezghani, to achieve its vision for the coming years.

“The UITP Secretariat and I are excited to have Mr. Alhogail join us in this new role, as UITP President. Having worked with him in our Executive and Policy Boards, I have no doubt that he will put a spotlight on our mission and work closely with our global members to further advance public transport,” added Mohamed Mezghani, UITP Secretary General.

“I look forward to exploring our professional relationship in the years to come. UITP congratulates and thanks Mr. Alhogail for joining our team!”