The Long Island Rail Road will test battery-powered trains on a shot branch of its network, with a view to rolling the technology out more widely if it is successful. 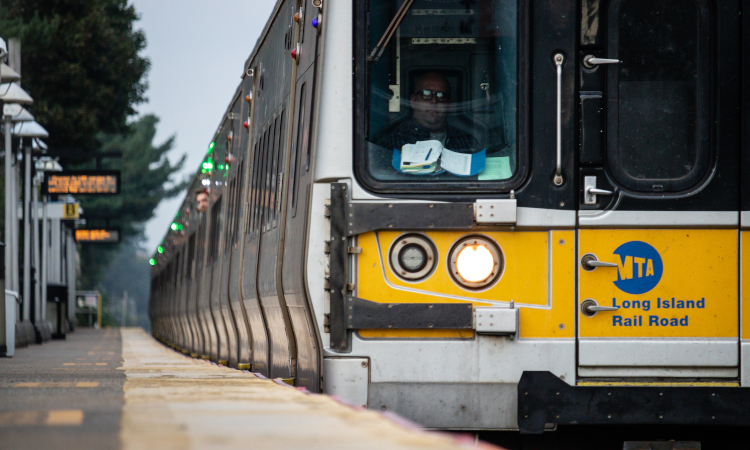 MTA Long Island Rail Road President Phillip Eng has announced that the LIRR will test battery-powered trains on its light rail network, with manufacturer Alstom selected to provide the technology.

Upon successful completion of an eight-month initial analysis, the LIRR says technicians will retrofit a two car-long electric train to operate on battery power without passengers on the Oyster Bay Branch. While on electric portions of the route, the train would run on third rail power and charge the batteries, then switch to battery power for the unelectrified segment between East Williston and Oyster Bay.

If successful, the LIRR would ultimately be able to carry passengers directly between Oyster Bay and the railroad’s terminals in New York City without the need for a transfer, and that technology could expand to the rest of the railroad’s diesel branches.

“People have been talking about extending electrification to various segments of the railroad for generations,” President Eng said. “Embracing new technology might allow us to essentially electrify the entire railroad without the need for billions of dollars in massive capital investments. The MTA is already transforming the LIRR through East Side Access and Main Line Third Track; this is potentially a no less profound transformation for the rest of the railroad.”

As part of the initial assessment, technicians will investigate whether and where recharging stations might need to be built along the route and along other branches. According to the LIRR and MTA, charging would take place in yards when trains are out of service, and, if necessary while in-service, during existing station stops that would not be delayed by recharging.

The MTA says the Oyster Bay Branch was chosen as the pilot branch due to its short, 13-mile trip.  Other non-electrified branches would be tested in the future, as well as the feasibility of the battery technology and the ability to retrofit existing trains.

“Part of the analysis will tell us if we need additional charging stations for longer distances, how fast can a battery recharge in a 60-second station stop and if we decide to go further, how many charging stations would be required,” President Eng added. “If we have the ability to improve service on Oyster Bay, that improves service on Port Jefferson, Montauk and Ronkonkoma respectively. Everybody benefits.”