Moscow’s Central Transport Hub to be completed earlier than planned

The revamp of Moscow’s transport infrastructure continues to progress, as the Central Transport Hub takes a step closer to completion and a new fleet of trams is delivered. 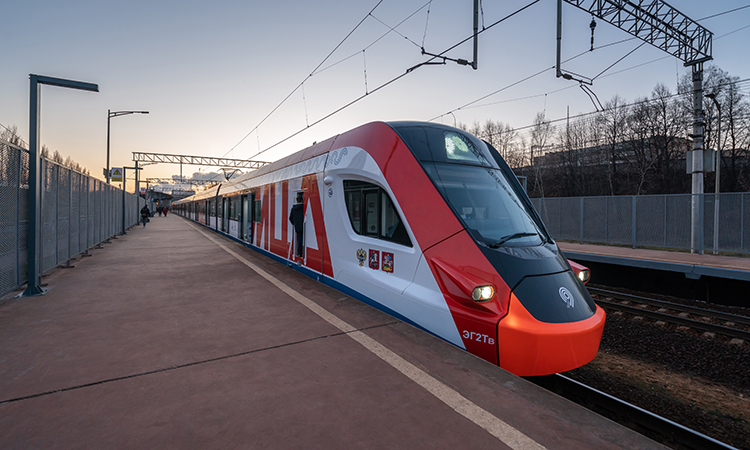 Moscow plans to complete the development of the Central Transport Hub in the beginning of 2023, year and a half earlier than expected, according to the Moscow Government.

The city authorities say the project includes the reconstruction of Moskva Kalanchyovskaya, Moskva Passazhirskaya Kurskaya, Nizhegorogskaya, a central section of the city’s railway. The modernisation implies doubling the capacity of the first part of the section, which will allow the city to launch the D4 Line of the Moscow Central Diameters,  the city’s con-surface suburban metro project.

The Moscow Government says the total length of D4 Line will amount to 86 kilometres, with 37 stops and 18 interchanges to metro, the Moscow Central Circle Line and MCD. It will link the suburban towns of Aprelevka (southwest of Moscow) and Zheleznodorozhny (east of Moscow). The line is expected to be launched in 2023 with gradual fleet renewal until 2025.

Apart from construction and reconstruction of tracks, the Central Transport Hub development in 2021 includes the modernisation of 12 stations and possible testing of a double-decker train on MCC to increase passenger capacity.

Meanwhile, it’s also been revealed that Moscow will receive 109 new low-floor trams in 2021, including 19 three-section and 90 single-section vehicles. The first four three-section Vityaz-M trams have been delivered to Krasnopresnenskoe depot in February.

The new trams are different from the previous models, with the number of seats reaching 70 (10 more than in earlier models), wider gangways, heated air curtains on the doors and more powerful and quiet air conditioners. Other improvements include bicycle carriers, bigger screens and sensors that monitor the presence of passengers near the door to optimise door operations.

Department of Transport of Moscow