IndyGo BRT project back in the spotlight after bill amendment

The BRT project is back under the microscope in the Indiana state legislature, as a new amendment once again threatens the IndyGo project. 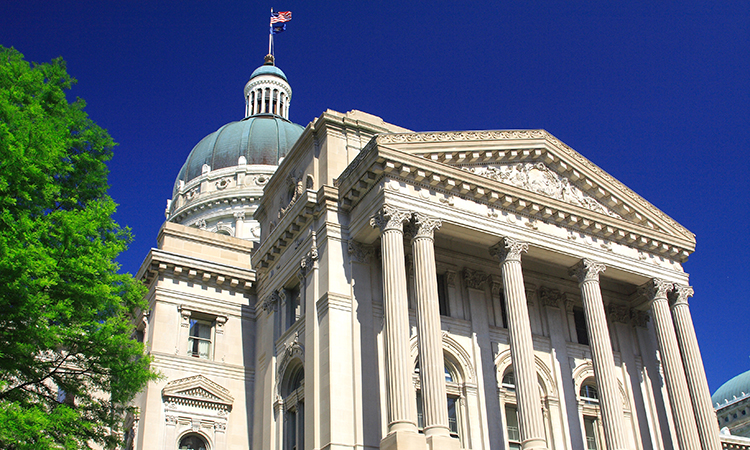 A major bus rapid transit (BRT) project is under threat in Indianapolis, just weeks after a bill opposing developments of the new bus network was halted in the Indiana statehouse.

As the Indianapolis Star reports, Senate Bill 141 threatened the development of the purple and blue BRT lines. While passed through the state senate, the bill did not make it past the House Roads and Transportation Committee. Rep. Jim Pressel (Republican, Rolling Prairie), who chairs the committee, decided not to hold another hearing on the bill before an advancement deadline.

But now, an amendment to another bill has thrust the BRT project, and IndyGo (the authority behind it) back into the spotlight. Sen. Aaron Freeman (Republican, Indianapolis), filed an amendment to House Bill 1191. Though this appears to be an innocuous piece of state legislation, the amendment calls for IndyGo to reimburse public utility companies, such as AES Indiana and Citizens Energy Group, for costs incurred by moving utility infrastructure during the building of the two lines. However, the amendment would be retroactive, meaning Indygo would also be liable for compensating the cost of moving utilities in constructing the red line, which has been operational for some time.

According to the Indianapolis Star, Senator Freeman claims Citizens Energy Group incurred costs of $7.94 million relocating utilities in the building of the red line, while AES Indiana spent $500,000 – though the newspaper does add that it has not independently verified the latter figure. This is before the purple and blue lines even enter operation – that date is slated for 2023 and 2025.

Freeman claims he does not want to see residents’ utilities bills increased as a result of the costs. “What’s the problem? Well, you’ve got two corporations in Marion County, two public utilities, that had to do a bunch of work for the Red Line,” Freeman said Tuesday during the Senate’s session, “and are on the hook to do a whole bunch more with the Purple Line and the Blue Line – they weren’t reimbursed for those numbers.”

Yet as the Star reports, the amendment did not receive bi-partisan support in the senate. Greg Taylor, a democratic senator who represents District 33, a portion of the city of Indianapolis, said the bill was “only an attempt to punish the public transportation corporation.”

The Senate voted to pass the amendment earlier this week by a margin of 33-16. It will now return to the House, where it will be considered by Pressel and others. It’s not fully clear what impact the amendment would have on IndyGo’s BRT programme, but there is little doubt it would be a big blow to the authority as it seeks to revolutionise Indianapolis’ bus network.