The Northgate Link will connect northern neighbourhoods of Seattle with the city centre, after testing on the route began earlier this year. 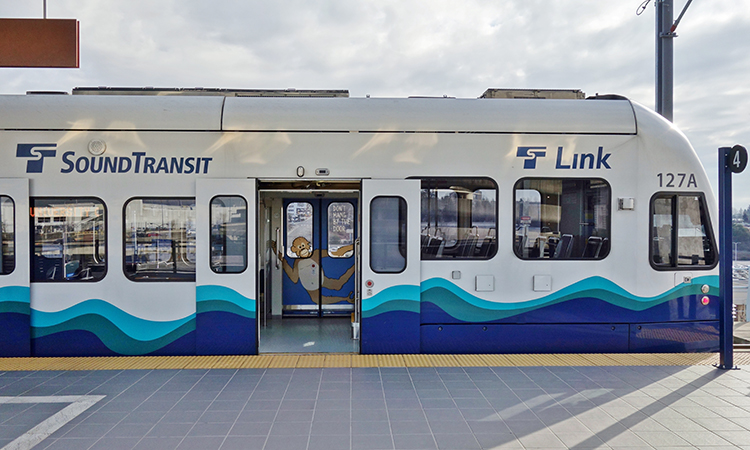 Sound Transit has announced that the Northgate Link light rail extension will open to passenger service on Saturday, 2 October.

The new extension, which Sound Transit says is moving forward under budget, will offer riders reliable, traffic-free trips of only 14 minutes between Northgate and downtown Seattle. In addition to the elevated station at Northgate trains will stop at new underground stations serving Seattle’s University District and Roosevelt neighbourhoods. Of the 4.3-mile extension, all but 0.8 miles of elevated track at Northgate are located underground.

“This drumbeat of progress will extend service to Tacoma’s Hilltop in 2022, East King County in 2023 and Lynnwood and Federal Way in 2024. It will position us to keep building to complete voter-approved extensions to Tacoma, Everett, West Seattle, Ballard, DuPont and other destinations across the region.”

Sound Transit says it is working with the region’s transit providers on plans for having the opening coincide with fall service changes on ST Express, King County Metro Transit and Community Transit bus routes. In some cases, bus routes are planned to be modified to allow riders to connect with the Link service.

“This milestone will transform commutes and communities, and further demonstrate the power of light rail to whisk riders to their destinations quickly, sustainably, and absolutely reliably,” said Sound Transit Board Vice Chair and King County Executive Dow Constantine.

Voters approved the Northgate Link extension in 2008 as part of the Sound Transit 2 ballot measure. Construction on the project began in 2012 following six years of planning. Twin boring machines began tunnelling in 2014, completing the 3.5-mile twin tunnels in 2016.

Guideway construction was completed in 2018 and rail installation in 2019. Construction of all three stations was substantially complete at the beginning of 2021, and since last January, light rail test trains have been operating across the alignment to test the overhead electrical power system and train signal system.