Uber Boat by Thames Clippers will run the new service to ferry passengers across the river Thames while Hammersmith Bridge is closed for repair work. 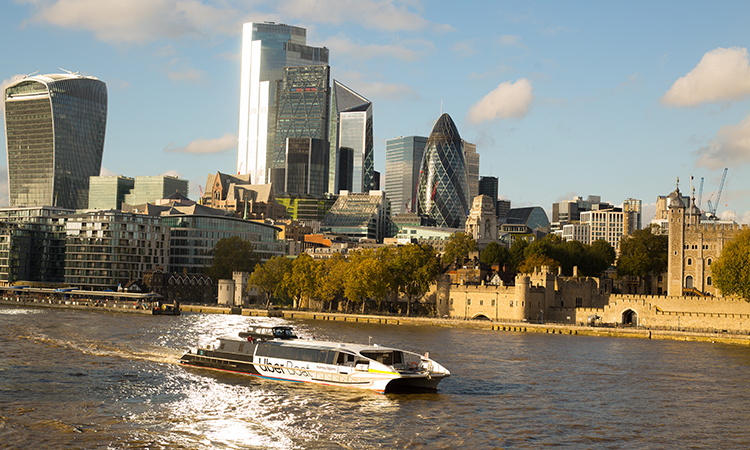 After what it has called a competitive procurement process, Transport for London (TfL) has selected Uber Boat by Thames Clippers to run the temporary Hammersmith ferry.

The service will take pedestrians and cyclists over the Thames while Hammersmith Bridge undergoes vital repair and refurbishment works. The bridge has been closed since August 2020 after engineers detected a rapid increase in the size of micro-fractures which had been monitored for some time. It’s believed the particularly warm weather in London around that period caused the sudden deterioration of the micro-fractures.

Hammersmith and Fulham Council says it could cost up to £141 million to make the bridge safe for all motor traffic, including buses, once again. As the local authority made clear, few (if any) councils in London have scope in their budgets to cover such a big cost, and so as a result the Leader of Hammersmith and Fulham Council, Cllr Stephen Cowan and Cllr Gareth Roberts, Leader of Richmond Council, sent a joint letter to Prime Minister Boris Johnson last summer asking for government help.

It is proposed that the ferry service will take passengers between piers located near to Queen Caroline Street in Hammersmith and the Hammersmith Bridge approach in Barnes. TfL says there will be a full programme of engagement with the local community and other river users ahead of any planning application being submitted.

The ferry will have a minimum capacity of 800 passengers an hour at peak times, with services running daily 06:00-22:00.

Fares are expected to mirror buses at £1.55, subject to necessary approvals. This would include a Hopper option and the acceptance of the same concessions, including freedom passes and free travel for children. The Hopper option will allow people who arrive at the ferry by bus to change onto the ferry at no further charge, as long as they change within an hour of starting their original journey.

Following detailed discussions with the successful bidder, TfL expects that boats will be taking passengers across the river at the end of the summer subject to consents.