New charging infrastructure that can be plugged into advertising boards or streetlights is being trialled in Paris in a bid to make micromobility even more sustainable in the French capital. 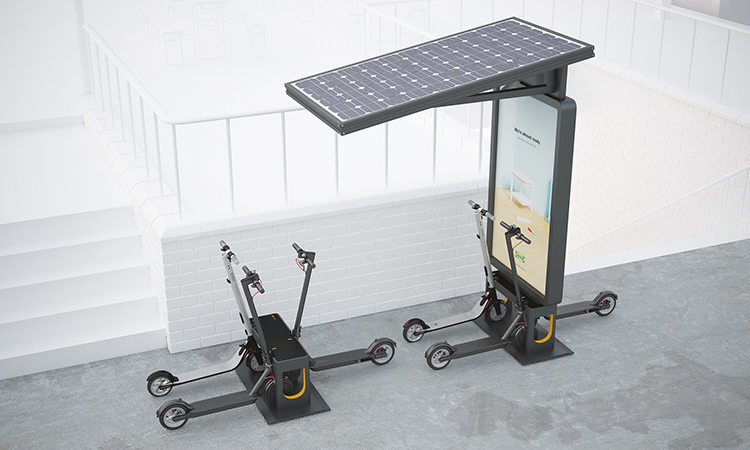 The new charging infrastructure can source its power from advertising boards

The city of Paris has begun a pilot project to install 150 dock, lock and charge points for micromobility vehicles across the “Paris Rive Gauche” (13th Arrondissement) area of the French capital. The project aims to demonstrate how universal charging infrastructure can accelerate micromobility use and it’s hoped reduce climate impact in the city.

After responding to a Paris Municipality call for experimentation in collaboration with sustainable energy innovation engine EIT InnoEnergy, micromobility infrastructure company DUCKT says its universal charge solution will be deployed in Q2 of 2021.

DUCKT says its charging docks can be plugged into advertising boards, bus stations and street lighting to provide a power source, meaning scooters for example can stay in use for longer without the need to have batteries replaced.

“Paris was the ideal city to demonstrate the power of our solution. With nearly 15,000 electric scooters on the streets, policies are going to keep moving towards accelerated deployment of micro mobility,” said Marc-Antoine Réol, Country Manager France at DUCKT.

“The aim of this experiment is to provide a last mile infrastructure, which links public transport and shared micro-mobility. This initiative supports the mayor’s desire to reduce the use of cars in town to a minimum and the city’s ambitious “15-minute city” project which aims to give Parisians the full use of their streets back.”

From 2024, car drivers will not be able to drive a diesel car in Paris and by 2030, gas powered cars will be banned. Research from Lime has shown a 15 percent increase in the number of electric bike and scooter trips in the city and a 65 percent in distance travelled from February – June 2020.

It appears as if scooters are here to stay in Paris, so providing sufficient infrastructure will no doubt become crucial for authorities in the capital going forward. Time will tell whether projects such as this will be rolled out more widely in Paris and other cities where scooter usage is increasing.