Lime is set to launch electric mopeds to go alongside its scooter and bike offerings in Washington DC and Paris, which it says are perfect for longer journeys. 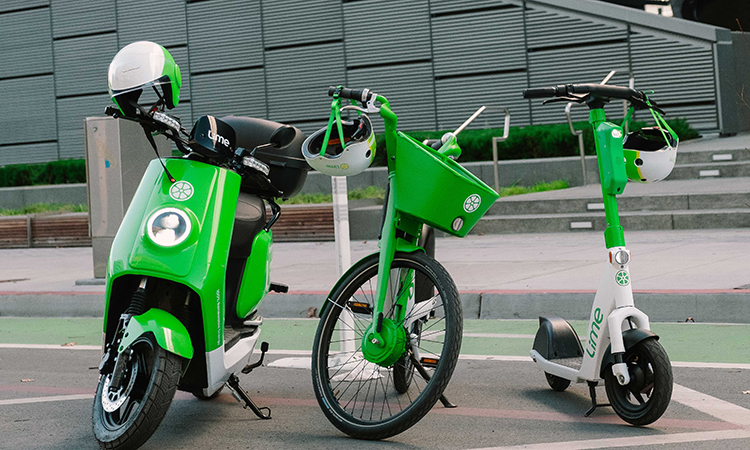 The e-mopeds will sit alongside Lime's scooters and e-bikes when they are launched.

Lime, one of the world’s leading operators of shared electric vehicles, today announced it will add electric mopeds to its growing platform of e-bikes and e-scooters. Lime says its mopeds will enable riders to make any urban trip with safe, affordable and sustainable light electric vehicles via the Lime app. Lime aims to introduce mopeds in a handful of cities early this spring, with Paris and Washington DC being the first cities to pilot the service in the coming months.

Lime’s addition of mopeds means it will now offer three shared electric vehicles on its platform. The Lime moped will, according to the operator, compliment its e-bikes and e-scooters, and are ideal for longer-distance trips between two-to-five miles.

“The addition of electric mopeds to our fleet of e-bikes and e-scooters is another major step in our goal of ensuring access to affordable, carbon-free shared transportation in cities around the world” said Wayne Ting, CEO of Lime.

“We are a committed partner to over sixty cities in Europe and we continue to invest heavily in sustainable and safe product solutions municipalities and riders need. This is why we choose Paris as one of two cities in the world to pilot our e-moped service allowing riders to make longer trips than ever before using the Lime app, in a safe and clean way.”

Lime says it has invested heavily in safety after cities around the world have reported issues in this area. To access Lime mopeds, riders must have a valid driver’s license, and take a photo of themselves to ensure it matches the driver’s license photo. Before beginning a ride, riders must take a photo of themselves wearing a helmet, which must then be worn all times throughout a ride.

Lime says it will take strict enforcement measures for repeat safety violators, including removal from the platform to avoid putting themselves and other road users at risk. The operator will also provide two high-visibility helmets in the carrying case of every moped, with varying sizes to meet the needs of riders and to provide for one passenger.