The Government of Queensland is celebrating the success of its smart ticketing trial, which has enabled Gold Coast commuters to pay for trips using their bank cards and smart watches. 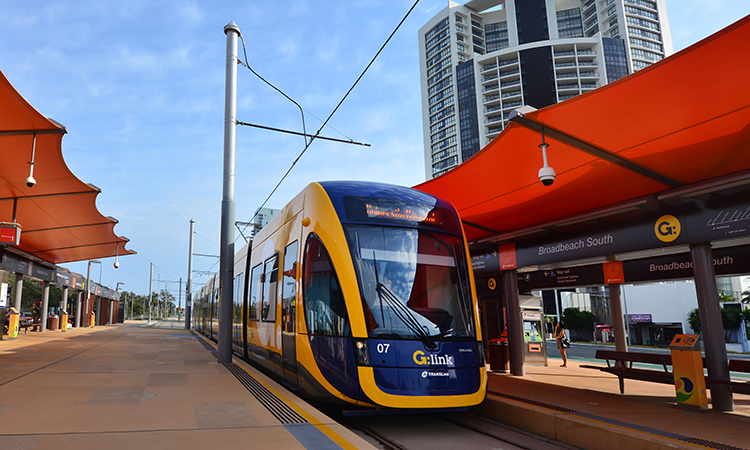 More than 60,000 trips have already been taken in Queensland’s first trial of the Palaszczuk Government’s $371 million smart ticketing system.

Gold Coast light rail commuters have taken to using their American Express and Mastercards, smartphones and smart watches to pay for adult-fare tram travel in what the Queensland Government has called one of the fastest uptake rates of any global ticketing trial.

The milestone comes as Taliqua Clancy, a Commonwealth Games silver medallist beach volleyballer and First Nations Queenslander, has become the smart ticketing ambassador and voice of its Indigenous mascot, Marlu the kangaroo.

Clancy, who became the first Indigenous Australian to compete in Olympic beach volleyball at the 2016 Games in Rio, is on track to compete at this year’s Olympics after winning the national title with Mariafe Artacho del Solar last month.

Transport and Main Roads Minister Mark Bailey said the achievement showed commuters had embraced the trial since it was launched on Gold Coast’s light rail network in December.

“Reaching more than 60,000 trips so quickly shows we’re on the right track with this technology, and with our investments in light rail and public transport on the Gold Coast,” said Bailey.

“By giving locals and visitors more convenient ways to pay for public transport, it’ll help provide a shot in the arm for the city’s $12 billion tourism and hospitality industry alongside our record $4 billion spend on Gold Coast roads and transport.

Bailey said while the Gold Coast was the first trial area in Queensland, plans were on track to roll out the new system across South East Queensland and 18 regional urban networks by the end of 2022.

“Public transport bore the brunt of the global virus with patronage down 80 per cent at one stage,” he added.

“But with a strong response to COVID-19 so far and now the rollout of vaccines, Queensland is the place to be with commuters coming back online and the sunshine state powering ahead with a $56 billion infrastructure guarantee.

“From Coolangatta to Cairns, very soon Queensland will have one seamless system to catch a bus, train, tram or ferry.”

Clancy, a Wulli Wulli and Goreng Goreng woman born and raised in Kingaroy, said she was proud to be involved with the project, which celebrated and recognised Indigenous culture through Marlu and First Nations artwork on ticket validators and a G:link tram.

“First Nations history and culture is something that is immensely important to me and very close to my heart, so I’m excited to join the smart ticketing project with its prominent Indigenous ties,” Clancy said.

“The current smart ticketing trial is a big step forward for public transport in Queensland and I think Marlu is the perfect representative for the project.

“I have no doubt G:link users will connect with Marlu just as much as I have, while the First Nations artwork created by Quandamooka artist Elisa Jane Carmichael on ticketing validators and G:link tram number 15 is a wonderful representation of Indigenous people and our culture.” 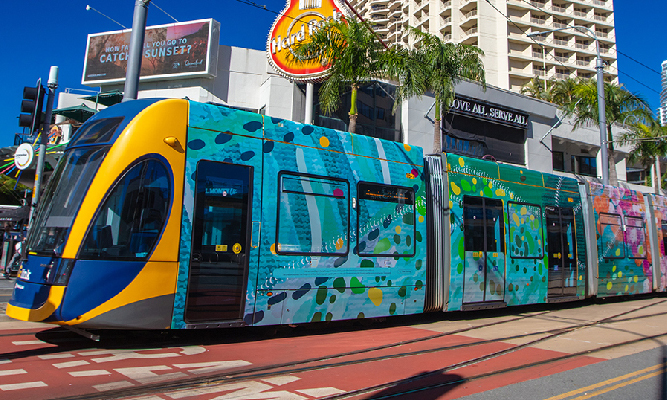 Royal Automobile Club of Queensland (RACQ) Head of Public Policy Rebecca Michael said the state-wide introduction of smart ticketing technology would be a game-changer for Queensland.

“Commuters on the Gold Coast have experienced first-hand how much easier catching public transport can be when using this world-class tap and go technology,” Dr Michael said.

“Now more than ever public transport needs to be seamless and accessible to help reduce traffic congestion by encouraging commuters out of their cars and onto buses, trains and trams.

“Not being required to have a loaded go card, a paper ticket or cash handy will help increase Queensland’s public transport usage and will be especially helpful for our interstate visitors, who often get caught without a Go-Card or pre-paid ticket handy.”

Keolis results offer hope to transport operators around the world