Toyota has begun construction on its new smart city, which will feature three different types of streets and will be dominated by autonomous vehicles. 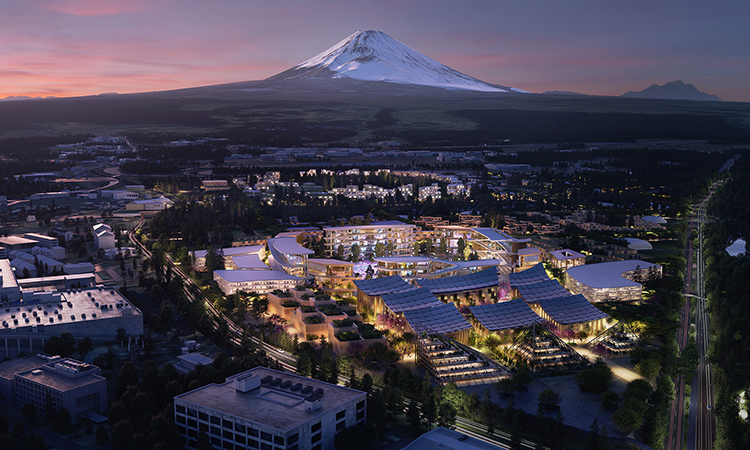 "Woven City" is will be situated in the shadow of the famous Mount Fuji Credit: Toyota

Japanese manufacturing giant Toyota has begun work on a new smart city near the base of Mount Fuji, which will feature interwoven streets and prioritised space for pedestrians and autonomous cars.

Ground was broken at the site of the new “Woven City” this week, where the former Higashi-Fuji Plant site of Toyota Motor East Japan is being transformed into a new smart city.

According to the developers, the new city will feature three types of street all linked together. One will be designated for self-driving vehicles only, while the other two will be set aside for pedestrians and pedestrians with mobility vehicles respectively. Underground routes will enable good to be delivered without disrupting other road users.

According to Metro, driverless cars (specifically Toyota’s e-Palettes) will make up the majority of the project’s transport infrastructure, providing ride-sharing capabilities, as well as acting as delivery vehicles and even mobile hotels.

In addition, the streets are to be covered with sensors in order to facilitate the autonomous vehicles, which could perform tasks such as taking out rubbish and even reminding residents of upcoming doctor’s appointments.

Initially, the Woven City will house around 360 residents, mainly senior citizens, though there are plans to increase the population to 2,000. This will mainly be made up of Toyota employees, according to the developers.

“I must express my deepest gratitude to all who have provided their whole-hearted support and cooperation to the project through today. The unwavering themes of the Woven City are ‘human-centered,’ ‘a living laboratory’ and ‘ever-evolving.’

“Together with the support of our project partners, we will take on the challenge of creating a future where people of diverse backgrounds are able to live happily.”

Virgin Hyperloop out to inspire next generation of engineers with display

The power of open data: improving experiences for operators and public transport riders