Brussel’s new Brupass unites four different transport operators under one single ticket in a bid to make travelling in the Belgian capital much simpler. 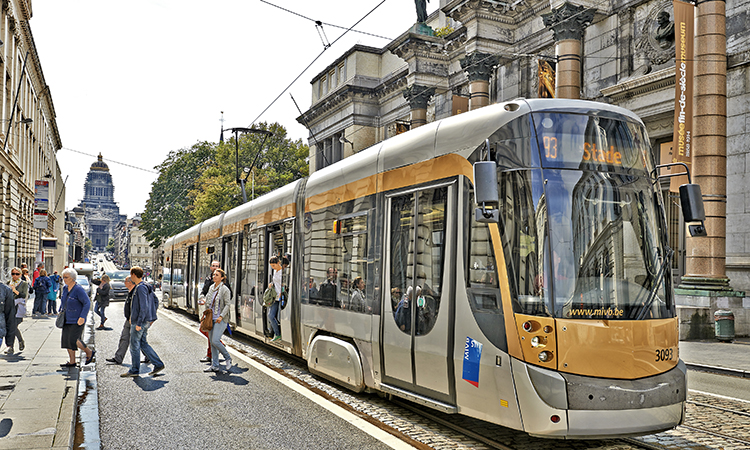 Passengers in Brussels will be able to buy one ticket to use services run by four different operators.

Passengers in Brussels will soon have the opportunity to travel around the Belgian capital on one singular ticket as Brupass and Brupass XL is set to begin operation on 1 February.

The two tickets will cover the Brussels region, with the XL version extending to an approximate 11km perimeter around the capital including the 19 municipalities of Brussels. Services to and from the city’s airport, however, are not included in the new scheme.

Brupass will enable passengers in the capital to use transport modes operated by STIB (which runs services in the city itself), SNCB (the national railway operator of Belgium), TEC (which operates transport in the French-speaking Wallonia), and De Lijn (TEC’s Flemish counterpart), all of which run services in the Brussels region.

Up until now, travellers had to purchase different tickets for each operator, which can make travelling across the Brussels region quite tricky. Yet as of 1 February, the Brupass will allow passengers to utilise all of the city’s modes of transport from any operator all under one single ticket.

According to the Brussels Times, the new ticketing scheme means passengers will have the opportunity to make use of 1,400 trains a day covering 52 stations, as well as bus, trams, and metro services covering some 2,800 stops across the city centre and its suburbs.

A one-hour timed Brupass ticket will cost €2.40, with ten-trip tickets costing €15. Meanwhile, its XL counterpart will cost €3 for one trip, with the equivalent ten-trip bundle costing €20.

A monthly adult Brupass ticket will cost €55.50, with an annual pass setting you back €583. Schoolchildren can take advantage of a €90 ticket which will cover their transport for an entire school year.

One response to “Brupass unites Brussels transport operators under one ticket”