The new autonomous bus has had to encounter pedestrians, traffic lights, and tricky junctions along its 12km test route. 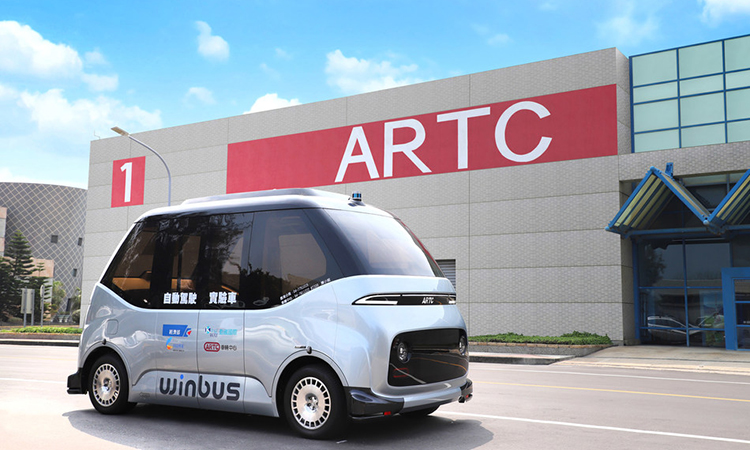 The WinBus is fully electric and autonomous.

Taiwan is set to see another autonomous bus take to its streets, as one company has been granted permission to test its new vehicle on the island for a year.

The WinBus is a pure-electric, self-driving minibus developed and built by the Automotive Research & Testing Center (ARTC) and a group of over 20 local suppliers and partners, with support from the Ministry of Economic Affairs (MOEA).

ARTC has announced that WinBus has won a license for a one-year experimental “sandbox” operation sponsored by the “Unmanned Vehicles Technology Innovative Experimentation Programme” under the MOEA.

Initial stages of the experimental operation have included a two-month self-driving test operation for collecting related technical and operational data, while free shuttle services to the general public began running in June 2020.

ARTC says its WinBus has a SAE LEVEL-4 driving automation, meaning that the autonomous minibus does not require human interaction in most circumstances – though a human still has the option to manually override.

Its onboard systems, which include cameras, Lidars and radars, enable it to make immediate decisions to control different sub-systems according to ARTC, such as steering, brake, and acceleration.

In the experimental operation, ARTC says the WinBus has had to overcome a big variety of traffic conditions and complexities within a 12.3-km fixed route. These include T intersections without traffic lights, adaptive vehicle braking by encountering pedestrians or other objects, fast/slow-lane switching, traffic-light identification and reaction, turning at intersections, as well as of course stopping at bus-stops.

“Under the sponsorship from Department of Industrial Technology (DoIT) under MOEA ARTC has completed the construction of the WinBus and will continue to tie up with local partners for creating new and innovative business models that are crucial in future’s self-driving vehicle industry development in Taiwan,” said Jerry Wang, president of ARTC.

“Our goal is the export of key systems and innovative business models of the WinBus to global customers,” he added.

Unlocking a video-empowered ‘New Next’