THE LINE will be centred around walking according to its designers, with all major services being built within a few minutes’ walk of communities. 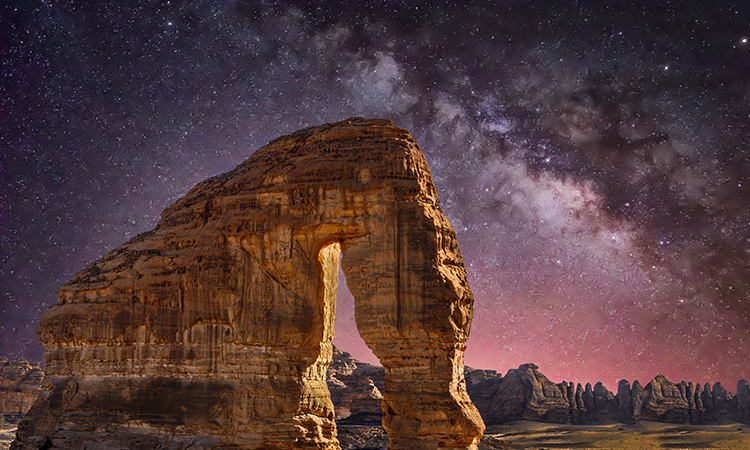 The Crown Prince will hope that the project will help preserve beauty spots like this Elephant Rock in Saudi Arabia.

Authorities in Saudi Arabia have announced an ambitious new residential scheme in the country, which will feature no roads or cars at all and at its heart will rely on futuristic transport, as well as the two feet of residents.

His Royal Highness Mohammed bin Salman, Crown Prince and Chairman of the NEOM Company Board of Directors, announced THE LINE –  a 170km belt of connected communities. Without cars and roads and built around nature, the Crown Prince says THE LINE is a direct response to some of the most pressing challenges facing humanity today such as legacy infrastructure, pollution, traffic, and human congestion.

His Royal Highness said: “Throughout history, cities were built to protect their citizens. After the Industrial Revolution, cities prioritised machines, cars and factories over people. In cities that are viewed as the world’s most advanced, people spend years of their lives commuting.

“Therefore, we need to transform the concept of a conventional city into that of a futuristic one,” His Royal Highness added. “Today, as the Chairman of the Board of Directors of NEOM, I present to you THE LINE. A city of a million residents with a length of 170 km that preserves 95 per cent of nature within NEOM, with zero cars, zero streets and zero carbon emissions.”

NEOM claims THE LINE is the first time in 150 years that a major urban development has been designed around people, not roads. Walkability will define life on THE LINE – with all essential daily services, such as schools, medical clinics, leisure facilities, as well as green spaces, being within a five-minute walk.

In addition, the company has said that ultra-high-speed transit and autonomous mobility solutions will make travel easier and give residents the opportunity to reclaim time to spend on health and wellbeing. It is expected no journey will be longer than 20 minutes.

Construction of THE LINE will commence in the first quarter of 2021, with the project being called “one of the most complex and challenging infrastructure projects in the world” by NEOM.