Extensions to metro lines open all over China during December

Cities across China including Beijing and Shanghai opened up new stations on their metro networks in December. 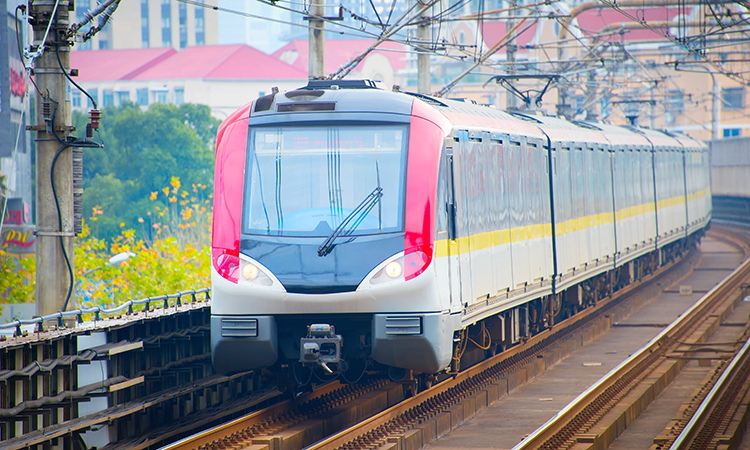 Shanghai has welcomed 14 new stations to its network across two new lines.

While in many parts of the world the New Year period represents a quiet time, this is not the case when it comes to public transport operators in China, who have been opening new metro lines all over the country in the past few days.

It has become something of a tradition in China that metro lines are opened at the end of December, and 2020, despite being so different in so many ways, continued the trend with extensions carrying passengers for the first time in several major cities.

In Beijing, a 10km extension to Line 16 of the capital’s subway system was opened on 31 December, from Xiyuan to Ganjia Kou. Alongside this, a northern extension to the city’s Fangshan light rail line was opened, running from Guogonzhuang to Dongguantou South and a brand new tram line named T1, which will run from Laoguan Li station in Daxing District to Dinghai Yuan station in Tongzhou District.

In Chengdu, the capital city of the southwestern Sichuan province, five new metro lines were opened in December, boosting the length of the city’s metro network to 558km. Line 6, the first phases of lines 8, 9 and 17, as well as the eastern section of Line 18, were opened on 18 December.

Line 18 has also been extended, so that it now links Chengdu’s city proper with its new airport, the Chengdu Tianfu International Airport, which is slated to begin operations next year.

The north-western city of Xi’an opened three new lines of its own on 28 December, adding a further 83km of track to the city’s metro system. One of the new lines will play a significant role in the city’s tourist trade too, as Line 9 will connect the city centre to the world-famous Terracotta Warriors, which are housed in the suburbs of Xi’an.

Finally, Shanghai opened fourteen new stations on its extensive metro network on 26 December, bringing the number of stations in the city to 430. Six of the new stations are on Line 10, while the remaining eight have opened on Line 18.

The new extension to Line 10 will connect Xinjiangwancheng to Jilong Road, while the opening of the first eight stations on Line 18 will serve residents of the densely populated Beicai, Zhoupu, Kangqiao and Hangtou areas. Trains on the newest parts of both lines will be driverless.