The Irish bus operator has announced new services in Navan and Drogheda and the creation of 120 jobs as it expands its network. 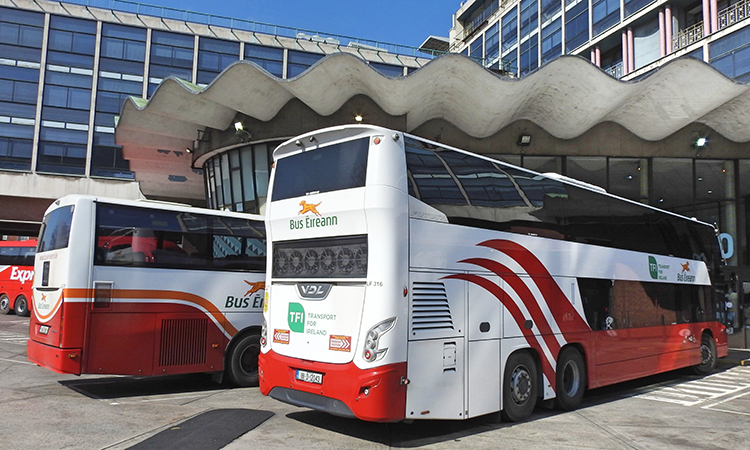 Bus Éireann, Ireland’s national bus company, has announced details of what it says is the most significant single enhancement of services in more than 15 years. Funded by the National Transport Authority through the Irish Government’s July Stimulus, it includes both new services and increased frequency on existing services, that when combined will, according to the operator, contribute to an additional three million kilometres of journeys per year nationwide.

Bus Éireann says a total 120 driver posts will be created as a result of the enhancements being delivered through the July Stimulus, with half requiring external recruitment in the areas of Ballina, Cork, Drogheda, Dundalk and Limerick. Recruitment for some positions is ongoing and in the last months, women recruits have accounted for 15 per cent of new drivers hired says the operator.

Minister for Transport Eamon Ryan; said: “This is the largest single investment by government in Bus Éireann services in more than 15 years. These new and improved services will mean that public transport will be a viable option for more people outside Dublin than ever before. By providing more choice and frequency we will connect more communities and encourage the switch from cars, while also reducing traffic, air pollution and greenhouse gas emissions.”

“Each of these service enhancements have been carefully considered and created to meet either increased demand or to address gaps in existing services,” said Anne Graham, CEO of the National Transport Authority.

“The creation of an enhanced town service in Navan, for example, is in response to the growth that the town continues to enjoy and the consequent growing need for public transport. Similarly, in Drogheda, the new service has been designed specifically to link residential areas with areas of work. Our public transport system must continue to evolve with the needs of passengers, and it is with that in mind that each of the service improvements have been designed.”

Stephen Kent, CEO, Bus Éireann, said; “Our passenger numbers in town and city services across the country have demonstrated that investment in services is quickly followed by growth – the demand is there. In Waterford, for example, passenger numbers increased by 50 per cent, in Drogheda by 50 per cent and on route 220 in Cork – Ireland’s first 24 hour city route – by 70 per cent within a year of improvements.

“We expect that to be our experience in Navan with the addition of an enhanced town service and equally we expect the increase in frequency in services in Drogheda, Limerick and Cork to be welcomed. We’re glad to be able to deliver services in our regional towns and cities that provide for more balanced regional development and growth, especially as people consider new and more flexible ways of working and living.”