The metro operator says that the Big Circle Line will mean quicker journey times and a reduction in pressure on the busy central stations. 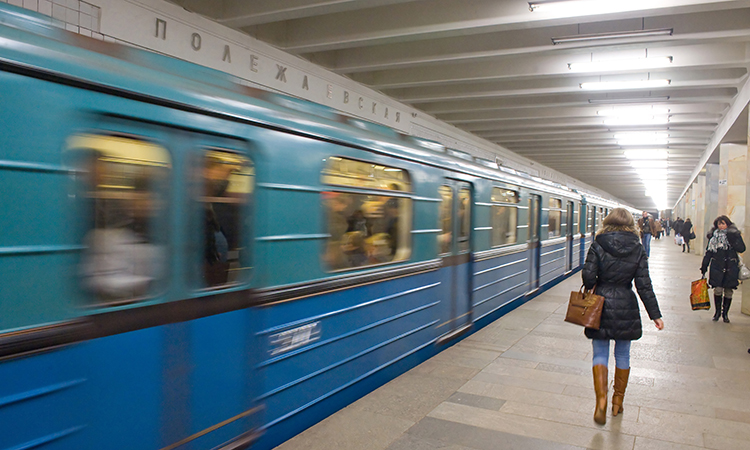 The new line is expected relieve pressure at stations such as Polezhaevskaya.

Services on the Moscow Metro are expected to be disrupted in December as the metro opens new stations on its Bolshaya Koltsevaya line, or Big Circle Line.

According to the Moscow Government, after the new stations are opened, pressure on some of the existing stations will be significantly relieved: Schukinskaya – by 11 per cent, Polezhaevskaya – by 26 per cent, and Oktyabrskoe Pole – by 28 per cent.

The Big Circle Line is the second circle line in Moscow and the world’s largest metro construction project. Planned to be finished in 2022, it will have 70 kilometres.  served by 31 stations and will, according to the Moscow Metro, reduce citizens’ travel time by 30 minutes. When completed, it will become the longest metro line in the world, beating Beijing’s second circle line by 13 kilometres.

The first circle line, simply named Koltsevaya (circle line) was completed in 1950 and runs inside its larger younger brother being constructed at present.

According to the Moscow Metro, passengers will no longer have to travel through the crowded central stations to make their trips. Instead, the line will have interchanges with 11 other lines once completed, meaning passengers can travel between the suburbs without needing to travel into the city centre and change at busy stations such as Komsomolskaya (which serves all three of the capital’s busiest railway stations).

The line might soon be renamed – Muscovites are choosing a new name in the Active Citizen app, in which city residents can vote on Moscow’s important projects. The Big Circle Line is expected to be completed in 2022.