The EU-funded transport hub will include park and ride spaces, as well as a walkway to the city centre via Derry’s iconic Peace Bridge. 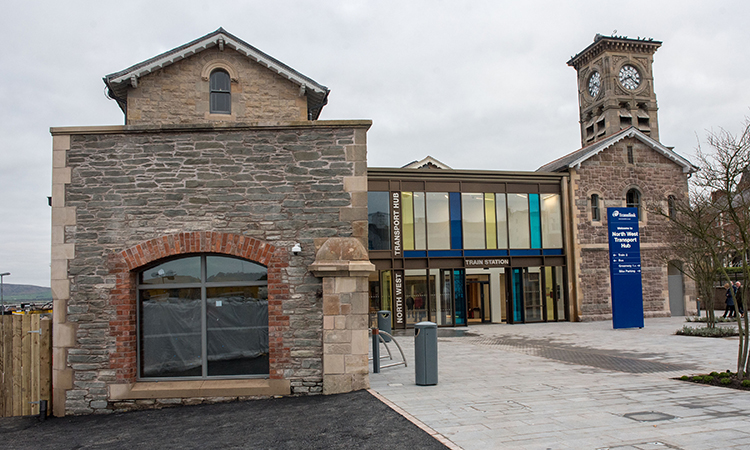 The North-West Transport Hub has finally been completed in Derry, County Londonderry, offering residents an improved transport infrastructure to take advantage of.

Representing an investment of around £27 million, funding for the project came from the EU’s INTERREG VA Programme, with support from the Department for Infrastructure and the Department of Transport in Ireland, as well as from Derry City and Strabane District Council.

Fully completed, the hub includes a 100-space park and ride site (including accessibility parking and e-charge points), as well as a bus turning circle and walkway to the city.

Translink, the transport operator in Derry, says the new bus turning area makes it easier to drop off and pick up passengers, while those that prefer to walk or cycle can easily use the new Greenway path linking the Hub to Foyle Street Bus Station and the city centre via the Peace Bridge.

The ambitious cross-border project has the potential to transform travel across the North-West region, encouraging a modal shift in transport habits as we seek to build a ‘green recovery’ in the aftermath of COVID-19, according to Translink.

Constructed to a design by John Lanyon in 1873 for use by the old Belfast and Northern Counties Railway, the building served as one of Derry, County Londonderry’s main railway stations for over a century before closing in 1980.

Translink says the Hub is a major scheme that will be a key portal for the North-West region, supporting business, leisure and tourism opportunities, as well as acting as a vital community space for everyone in the city. The project also protects the Victorian station building and it is hoped it will be a catalyst for development in the wider Waterside and Duke Street area.

Minister for Infrastructure Nichola Mallon MLA is confident that the Hub will contribute to an increased usage of public transport in the region: “I have been clear that my priority is addressing regional imbalance and better connecting communities and I am committed to delivering cleaner, greener, sustainable infrastructure,” she said.

“I want to see an increase in the use of public transport and encourage more people to consider active travel options.

“To do that successfully we need to invest in the right infrastructure and facilities – the North West Hub is an excellent example of that.

“The Transport Hub, which has been co-financed by the EU’s INTERREG VA Programme, is designed to act as a gateway to the North-West region, as well as promoting active and sustainable travel, bringing together a wide range of transport modes and providing enhanced customer and staff facilities.

“It will also allow for improved co-ordination between rail and local and cross-border bus services, as well as a Greenway link to the city centre and Foyle Street Bus Centre via the iconic Peace Bridge.”