The 2024 trial of a hydrogen train is part of Deutsche Bahn’s commitment to being carbon neutral by 2050, by which time the operator says it will no longer run diesel trains. 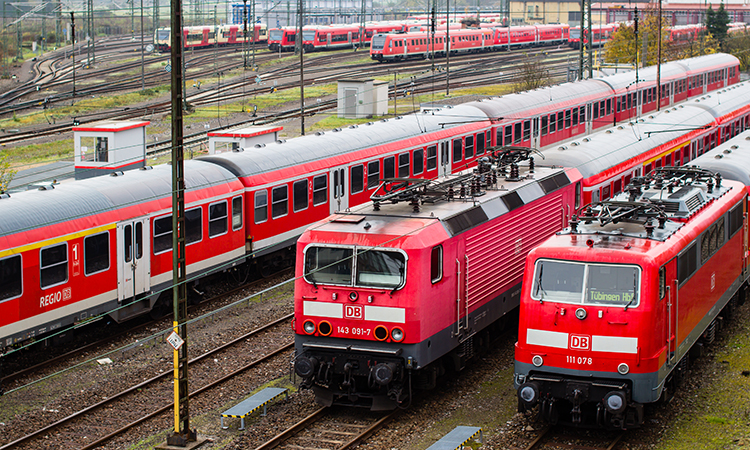 The hydrogen train will call at Tübingen in Baden-Württermberg

Deutsche Bahn has announced it has begun the development of a hydrogen-powered train, which it hopes will, in the future, replace its diesel rolling stock inventory.

The German railway operator says it is planning to trial the new train on a select route in 2024. A diesel locomotive which usually operates on the Tübingen, Horb, and Pforzheim route will be replaced by the new hydrogen unit for a trial during 2024. Deutsche Bahn claims that this replacement will save 330 tonnes of CO2 being released into the air in just one year. It is hoped that in the future, hydrogen powered trains will replace diesel locomotives on Germany’s extensive regional transport network.

The 2024 trial has been approved by the Baden-Württemberg Ministry of Transport, with funding for the project also coming from the Federal Ministry for Transport and Digital Infrastructure. The new locomotive, which is based on the Mireo Plus H unit, will have a range of 600 kilometres and according to Deutcshe Bahn is as economical as an electric-powered train.

Alongside the new train, which is being built by Siemens, Deutsche Bahn is planning to construct a hydrogen filling station which according to the operator will refuel the train in the same amount of time as its diesel counterpart. The hydrogen for the trains is being produced in Tübingen by Deutsche Bahn Energie (which manages the energy required for all of its services across Germany) via sustainable sources according to the company. The Deutsche Bahn works at Ulm will be fitted with the new hydrogen filling station in time for the 2024 trial, where hydrogen trains will also be maintained.

The project comes as part of Deutsche Bahn’s commitment to being carbon neutral, which also involves it electrifying the remainder of its 33,000-kilometre-long network on which diesel trains run. Professor Sabina Jeschka, Chairman for Digitisation and Technology at Deutsche Bahn, believes the project is a step in the right direction: “With this project we have once again proved that Deustche Bahn is not only a mobility company, but also a technology one. The fact that we can produce hydrogen fuel on-site from green energy and fuel the train as quickly as a diesel locomotive shows that an eco-friendly shift is possible in transport.

“We must bring the use of fossil fuel power down to zero. Only then can Deutsche Bahn become carbon-neutral by 2050. By then we will not be powering a single locomotive with conventional diesel.”