The future arrives as Virgin tests hyperloop with passengers

Virgin Hyperloop became the first ever company to trial the futuristic technology with passengers as they whisked two employees along a short stretch of track in Nevada. 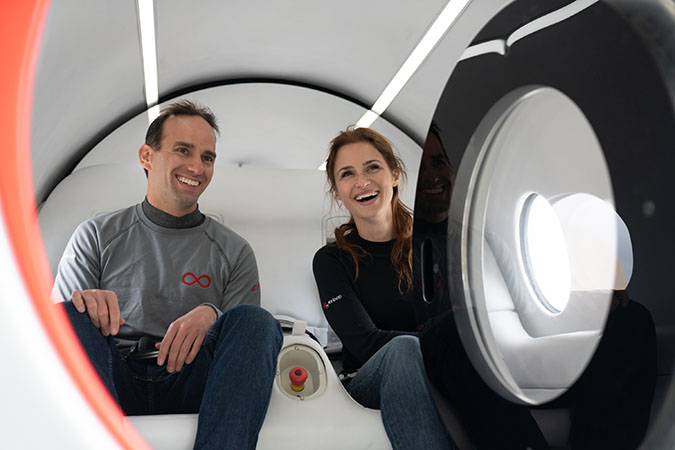 A mode of transport which might seem wildly futuristic has taken a step closer to reality, as deep in the Nevada desert two employees of Virgin Hyperloop became the first people to travel via hyperloop technology.

Their trip was by no means long – they were hurled down a stretch of test track measuring just 500 metres – but it was nevertheless significant. Sara Luchian and Josh Giegel, who have both been heavily involved in developing the technology, were strapped into the new XP-2 vehicle, which Virgin Hyperloop says has been designed with safety and passenger comfort in mind. It also claims that a future production variant of the pod could seat up to 28 passengers.

There was no need for flight suits or extensive protective clothing – instead the two passengers looked as if they might have been making the commute to work in just jeans and fleeces, which could go a long way in proving hyperloop as a viable mass transit system.

Today, we took one giant leap toward that ultimate dream, not only for me, but for all of us who are looking towards a moonshot right here on Earth.”

Hyperloop operates in a vacuum – meaning air resistance is either very low or non-existent. Not only does this means significantly less fuel expenditure, but Virgin Hyperloop claims that its pods could travel at speeds of 670 miles per hour in the future – which is faster than a passenger jet and twice the speed at which the fastest train in the world, the Shanghai Maglev, currently reaches. An example given by Virgin Hyperloop states that a journey from Los Angeles to San Francisco, which currently takes around 90 minutes by air, would take just 43 minutes in one of its pods. 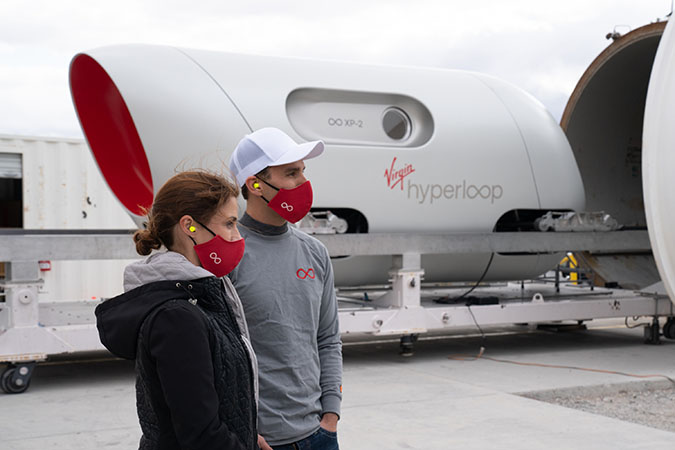 This test has been a long time in the making, as Josh Giegel (co-founder and Chief Technology Officer of Virgin Hyperloop) explained: “When we started in a garage over six years ago, the goal was simple – to transform the way people move.

“Today, we took one giant leap toward that ultimate dream, not only for me, but for all of us who are looking towards a moonshot right here on Earth.”

Fellow guinea pig Sara Luchian, who is the Director for Passenger Experience at Virgin Hyperloop, added: “Hyperloop is about so much more than the technology. It’s about what it enables. “To me, the passenger experience ties it all together. And what better way to design the future than to actually experience it first-hand?”

The testing campaign, from the beginning stages all the way through to the successful demonstration, was overseen by the industry-recognised Independent Safety Assessor (ISA) Certifer. Jay Walder, CEO of Virgin Hyperloop, was quick to reinforce the safety of the new technology: “I can’t tell you how often I get asked ‘is hyperloop safe?,’

“With today’s passenger testing, we have successfully answered this question, demonstrating that not only can Virgin Hyperloop safely put a person in a pod in a vacuum environment, but that the company has a thoughtful approach to safety which has been validated by an independent third party.”