Having already trialed their e-bikes in the London Boroughs of Islington and Camden, HumanForest is hoping to expand their fleet by 1,500 bikes in the UK capital by July 2021. 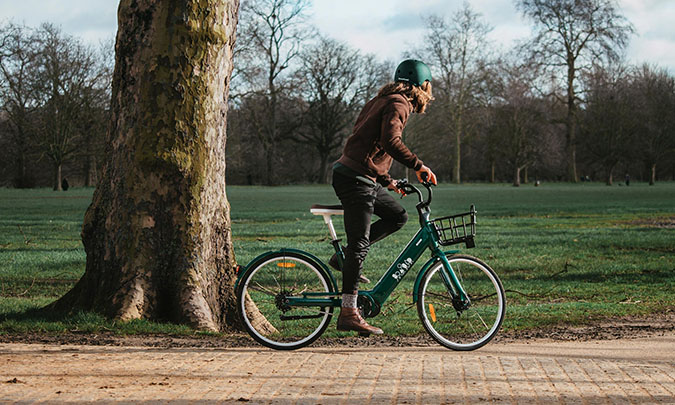 HumanForest, which claims to be London’s only truly sustainable electric bike network, has turned to the public in an attempt to raise capital in order to expand their fleet across the UK capital.

The e-bike start-up trialled their dockless fleet in the London Boroughs of Islington and Camden after an initial investment of £1.8 million, but now they have their sights set on ten more London boroughs by next Spring, with a further five to see HumanForest e-bikes by July 2021.

This expansion will of course cost money though, and HumanForest are now looking to their riders and the general public to raise £1 million through Crowdcube, which will be used to roll out 1,500 across the proposed new boroughs.

In order to make the claim of being “truly sustainable”, HumanForest says it uses service vehicles that run with zero emissions, as well as charging the battery packs for the bikes with renewable energy.

Agustin Guilisasti, CEO and founder said: “At the heart of HumanForest is a desire to help people make sustainable choices that protect the environment. We are excited to launch the crowdfunding campaign, creating another way for sustainability-minded people to do just that. With the crowd’s investment, we will facilitate up to 7,000 rides and avoid almost four tons of carbon dioxide from being emitted into London’s air every day. Climate change can be overwhelming and there are still so many unknowns, but HumanForest is a choice Londoners can make in their day-to-day lives to reduce their carbon footprint.”

Caroline Seton, Head of Growth, added: “The micro-mobility industry is forecast to grow 20 per cent per year until 2030, transforming cities and helping to create a greener future for all. Over eight million trips per day could be cycled in London and HumanForest, through this campaign, hopes to help facilitate this mode shift, giving the crowd an opportunity to be part of the movement.”

Pre-registration opens today to HumanForest users and the campaign will go live to the public on 17 November 2020.