Sound will be added to TIER e-scooters amid concerns from some vulnerable road-users that the vehicles are difficult to detect when approaching. 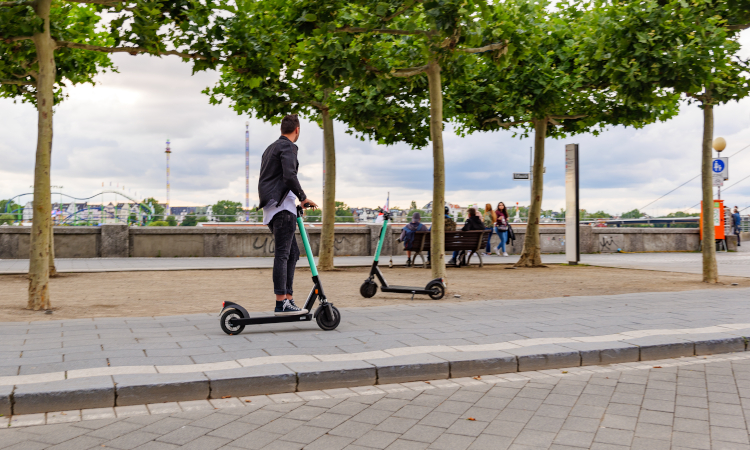 E-scooter operator TIER has committed to adding sound to its vehicles to alert blind and partially sighted people of their approach. Europe’s largest operator has partnered with national charity Thomas Pocklington Trust (TPT) and will be using new research from the organisation to design the feature and roll it out across its fleet in 2021.

There are more than two million people who are blind or partially sighted living in the UK (according to the Royal National Institute for the Blind) and the recent introduction of e-scooter trials has been met with caution by some.

Many have concerns that e-scooters are hard to detect for blind or partially sighted people when approaching. TIER hopes that by installing a sound in its vehicles, and calling on other operators to follow suit, it can raise safety standards and help to build confidence among visually impaired pedestrians when it comes to e-scooters being on the roads.

TIER say the sound will complement its existing technology, which slows vehicles to a halt in areas where riding is forbidden. Sight Loss Councils, funded by TPT and led by blind and partially sighted members, will be performing research and running focus groups across the UK to shape how the e-scooters should sound, when and where the sound should be used, and how visually impaired people can be educated on the feature.

At TIER, rather than just paying lip service to visually impaired people, we want to work with them”

Fred Jones, TIER’s UK General Manager, said: “E-scooters offer lots of benefits to UK cities, but they must be introduced in a considered way, working in harmony with local communities and accounting for the concerns of people with visual impairment.

“At TIER, rather than just paying lip service to visually impaired people, we want to work with them to deliver real action to address their concerns. We are thrilled to be working with Thomas Pocklington Trust to design and roll out a sound alert across our vehicles next year.”

Charles Colquhoun, CEO at Thomas Pocklington Trust, was pleased to be working with the e-scooter firm: “We’re delighted TIER has engaged with us through the Sight Loss Councils and now has a deeper understanding and empathy of the concerns of blind and partially sighted people around e-scooters.

“By introducing the audio alert systems TIER is directly responding to the concerns that the introduction of silent, heavy and fast e-scooters represents a real danger to blind and partially sighted people.  It has also agreed to incorporate advice and guidance to promote vision awareness for e-scooter riders within its induction information for each e-scooter hire.

“We understand the benefits of e-scooters as an environmentally friendly transport option, particularly for cities, but these must be safe so that our streets are accessible for all.  So, we welcome these developments and are delighted to support TIER in introducing the audio systems to its e-scooters.”