Pedestrians First – a new guide, report and toolset to help cities assess their walkability – shows that U.S. cities are typically less walkable than some of their global counterparts. 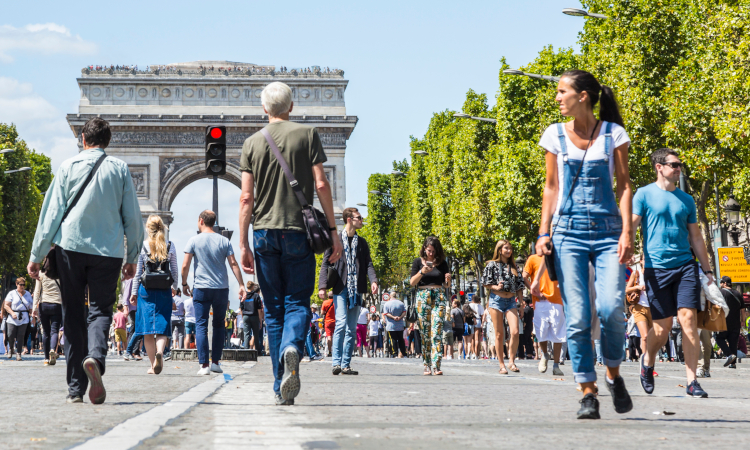 The Institute for Transportation and Development Policy (ITDP) has revealed Pedestrians First – a guide and set of online tools to aid urban planners and city officials in assessing inclusivity of their cities’ transit systems as well as the walkability of their neighbourhoods and streets.

The guide includes walkability data for nearly 1,000 metropolitan areas around the world, which users can explore in an interactive map. ITDP says this is the first-ever worldwide analysis to measure walkability in cities globally.

The tools provide urban planners, local officials and citizens the data they need to make their cities safer and more accessible to people on foot. This is crucial work if major cities are to avoid surging car traffic – evidence of which is already present for some cities. Walkability is also essential for improving air quality, increasing social inequity, and making streets safer.

“COVID-19 has dramatically exposed our inequalities at every level, including our options for travel. Those higher on the income scale tend to have access to both walkable neighbourhoods and transport, while those who are lower have neither,” said Heather Thompson, CEO of the ITDP. “In order to provide safe and inviting walking conditions for all city residents, it is essential to shift the balance of space in our cities away from cars, providing more travel options for people. We have so much to gain – from cleaner air to better health to stronger local economies and deeper bonds within communities, and we all need that now more than ever.”

World Health Organization (WHO) statistics show that pedestrians account for 22 per cent of road traffic deaths, but that figure is as high as 66 per cent in some countries.

Pedestrians First includes four tools to help policymakers assess the walkability of their city’s streets and neighbourhoods, as well as the inclusivity of their transit systems:

The guide also includes a number of walkability best practice examples from around the world, for example neighbourhoods in Toronto in Canada, Pune in India and Paris in France.

“Walkable cities don’t happen by accident,” said D. Taylor Reich, Research Associate at ITDP and the primary author of the guide. “Policymakers first have to understand the problems that car-oriented planning has caused. Then they can take specific steps: from planning dense, human-scale, mixed-use developments to equipping streets with benches, wide sidewalks and shade. Pedestrians First gives city planners and officials everything they need to get started.”