The trial used electric NAVYA Autonom shuttles to ferry students around Sharjah University City – one of the largest integrated educational campuses in the world. 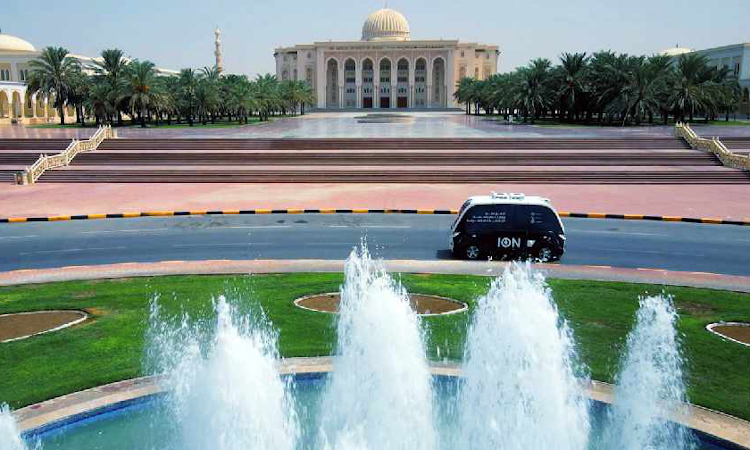 The trial was designed to assess the operational efficiency of the driverless shuttles’s capabilities across a large area, which the university city proved useful for as one of the world’s largest integrated educational districts. The trial was overseen by Sharjah police for the sake of traffic and pedestrian safety.

The shuttles themselves are NAVYA Autonom vehicles, making them not only driverless but electric. They are also wheelchair accessible and carry up to 15 passengers per journey. ION has been working with NAVYA since January 2020 to develop driverless capabilities, feasibility and awareness across the MENA region.

Students were able to ride around the university city in the shuttles throughout the trial, giving them a glimpse at the kind of technologies that are set to become normalised in shared mobility in the coming years, from 3D vision and environment recognition, to automatic route navigation, IoT sensors, and motion-sensor doors.

Khaled Al Huraimel, Chairman at ION, said: “I am pleased to announce the successful completion of our Navya autonomous shuttle trials at Sharjah University City. The smart electric shuttles have the potential to offer regular and dependable services within the city, while reducing vehicular traffic and improving air quality.”

According to the Dubai Gazette, the trials at Sharjah University are the latest in a series led by ION. The Gazette reports that ION announced a partnership with Sharjah Roads & Transport Authority (Sharjah RTA) back in September 2020. The partnership will seek to launch a new on-demand ride-hailing service in Sharjah, and plans to be operational by the end of the year.