MTA calls on US Senate and White House to act and deliver $12 billion in desperately needed funding to get through 2021. 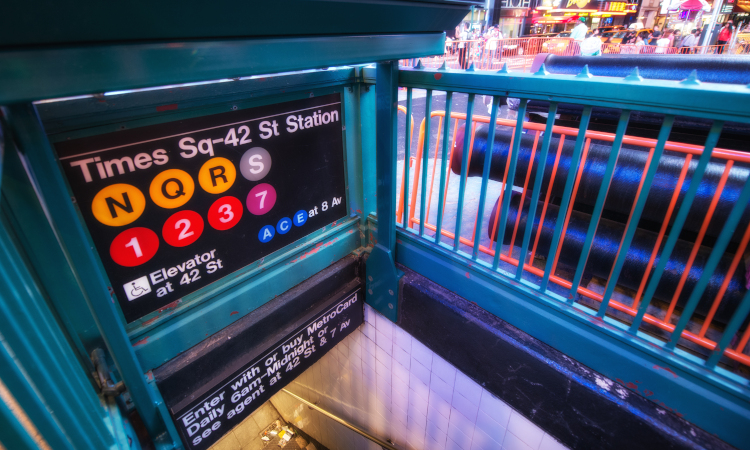 Metropolitan Transportation Authority (MTA) Chairman and CEO Patrick J. Foye has sent a series of letters to the authority’s 11 largest suppliers, warning that without an immediate injection of $12 billion in federal aid all current and future contracts with companies from Kentucky to California are in jeopardy.

Since 2011, the MTA has created as many as 100,000 out-of-state jobs in nearly all 50 states. MTA capital expenditures are among the nation’s largest drivers of economic activity, generating nearly $50 billion in infrastructure investment nationwide. Additionally, hundreds of medium and smaller-sized suppliers, including MWBE firms, will also be impacted if the MTA does not receive federal assistance.

Let me be clear: federal funding for mass transit isn’t a red or blue issue – it’s a jobs issue. Our future – and the fate of approximately 100,000 MTA-created out-of-state jobs – rests squarely in the hands of the Senate and White House.”

“The COVID-19 pandemic has exacted a horrific toll in human, social and economic terms across the nation,” said Foye. “I am writing to alert you that because of this financial devastation, many current and all future contracts are in jeopardy without an injection of $12 billion in emergency federal aid. Let me be clear: federal funding for mass transit isn’t a red or blue issue – it’s a jobs issue. Our future – and the fate of approximately 100,000 MTA-created out-of-state jobs – rests squarely in the hands of the Senate and White House.”

With federal relief talks stalled, letters were sent to the following 11 suppliers demonstrating the devastating potential impact on local economies if the MTA does not receive additional robust federal assistance:

The MTA is currently experiencing $200 million in revenue losses every week – an unprecedented crisis that eclipses even the Great Depression’s impact on its ridership and finances. These declines, compounded by the loss of state and local taxes and subsidies that support the organisation, have left the MTA with a $16 billion projected deficit through 2024.

Additionally, the MTA’s credit ratings are experiencing extreme stress. The authority’s core credit, the Transportation Revenue Bond, providing a gross pledge of a diverse and deep revenue stream has been downgraded five times since March. The most recent downgrade occurred on 14 September from Moody’s Investors Service, which lowered their rating from A2 to A3. All four rating agencies rating the Transportation Revenue bond currently have the credit on a negative outlook.

In the face of federal inaction, the MTA is preparing for drastic and necessary reductions that include possible service cuts of up to 40 per cent on subways and up to 50 per cent on the Long Island and Metro-North railroads – measures that would have a profound negative impact on mobility in the New York Metropolitan region. The MTA could potentially lay off more than 8,000 workers to reduce expenditures. This is compounded by a looming fare hike and potentially gutting the historic $51.5 billion capital construction plan necessary to bring the 116-year-old system into the 21st century.

An MTA statement concluded that “without an immediate injection of $12 billion, the MTA will be forced to make draconian cuts that will reverberate throughout the entire economy”.