Appetite for bus use increasing, but usage levels remain far lower than pre-lockdown

A new survey shows that despite 28 per cent of people still having significant concern over the transmission of COVID-19, an equal number now feel safe to travel by bus. 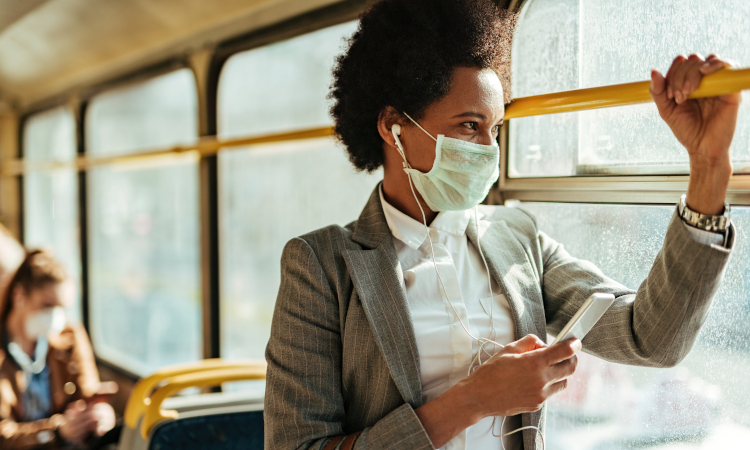 A new survey carried out by Bus Users UK shows that 40 per cent of people are willing to use the bus more in future but that 32 per cent of users are still avoiding, compared to just one per cent before the UK’s government-enforced lockdown.

The survey, designed to provide a snapshot of people’s attitudes towards bus and coach travel, received 440 responses. There is still significant concern over the transmission of COVID-19 (28 per cent) but an equal number said they now feel safe to travel. There has been virtually no reported change in the number of people whose children will be travelling to school by bus, and while some people reported concerns around COVID-19, many (31 per cent) reported having no choice.

Perhaps a larger concern that bus travel is the further decline in the interest of coach travel; 44 per cent of respondents reported never having used the coach before lockdown and 61 per cent saying they will not be travelling by coach now lockdown has eased. The reasons for this were mixed, with concerns around COVID-19 and a preference for other modes of transport among the most common reasons given.

“Bus and coach operators have been working tirelessly to keep their passengers and staff moving safely throughout this crisis,” said Dawn Badminton-Capps, Bus Users Director for England. “It is critical, however, that these lifeline services are there for communities beyond the pandemic, and that will only be possible with the support of government, and by ensuring that everyone can feel safe and confident about travelling.”

In its conclusion to the survey results, Bus Users UK said that: “Government, local authorities and operators need to do more to ensure that people feel safe and confident about travelling by bus and particularly by coach. More also needs to be done to improve awareness of medical exemptions to wearing face coverings so that people unable to wear a mask can travel without being made to feel uncomfortable, challenged or even abused by others.”