The £3 million in funding from Transport Scotland will aid First’s efforts in operating a fully zero emission fleet by 2035. 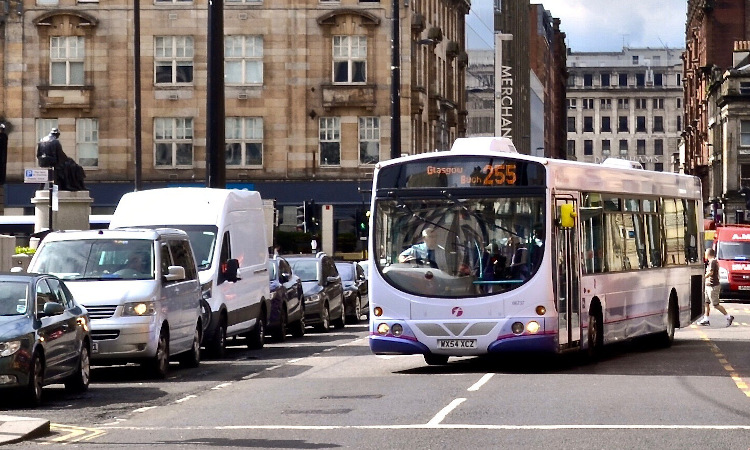 First Bus has been awarded over £3 million as part of Transport Scotland’s Scottish Bus Emission Abatement Retrofit (BEAR) scheme following the announcement of the latest round of scheme funding.

The Scottish Government grant towards the overall cost means that 165 further buses will have their exhaust systems changed to meet the current Euro VI standard – the cleanest diesel engines currently available – which will significantly improve emissions of nitrogen oxide (NOX) and fine particulate matter (PM2) across First’s Glasgow network.

The grant allows operators to upgrade the exhaust systems on mid-life vehicles to achieve a significantly lower emissions output.

Andrew Jarvis, Managing Director for First Bus in Scotland, said: “We are delighted to have been awarded this funding. Cleaner air is vitally important to all of us in society and we are determined to play our part in the communities that we serve.”

In a statement, First Bus said it is “focused on becoming a leader in the transition to a low-carbon future”. It has recently announced its commitment to operating a zero-emission bus fleet by 2035, as well as pledging not to purchase any new diesel buses after December 2022.

Jarvis continued: “This is another step on our journey to operating a fully zero emission fleet by 2035 and we are already leading the way with the first commercially operated electric buses in Glasgow as well as the soon-to-launch world’s first double decker hydrogen buses in Aberdeen.

“We have been key partners with Local Authorities on the introduction of fair Low Emission Zones across Scotland. We have led the way with bus operators in Glasgow as a key partner with Glasgow City Council for the country’s first ever LEZ rollout.”