Bike Share Toronto has also launched Free Ride Wednesdays in September to further promote the uptake of cycling in the city. 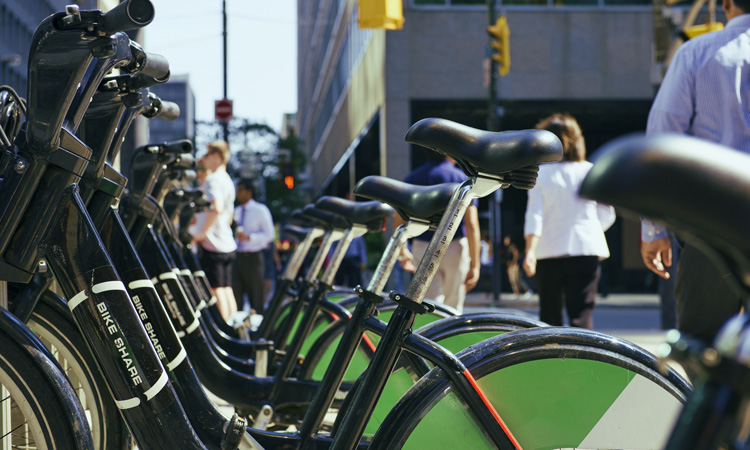 Bike Share Toronto has launched a pedal assist e-bike pilot programme, announced earlier this summer, as a new feature of Bike Share Toronto’s 2020 expansion. The e-bikes will now be available in the system, and 10 e-bike charging stations for the pilot will be installed over the coming weeks. E-bike charging stations will be able to charge 20-25 bikes at each station.

The e-bikes will allow users to travel a maximum of 25 kilometres and can travel up to 70 kilometres without requiring a charge. E-bike charging stations are said to be fully compatible with the rest of the bike share system, allowing both manual bikes and e-bikes to be docked in any station. E-bikes will be picked up by operators throughout the date to ensure that they are being charged for the next day.

In an effort to prioritise health and safety, Bike Share Toronto noted that it has ramped up its cleaning programme during the COVID-19 crisis. As bikes are regularly in use and exposed to the environment, Bike Share continues to strongly recommend that riders take the steps outlined in the City of Toronto’s COVID-19 Health Advisory when using the system.