The e-bikes are being launched as an alternative mode of transport for medium to longer length journeys and commutes that are often being done by private or public motor vehicles. 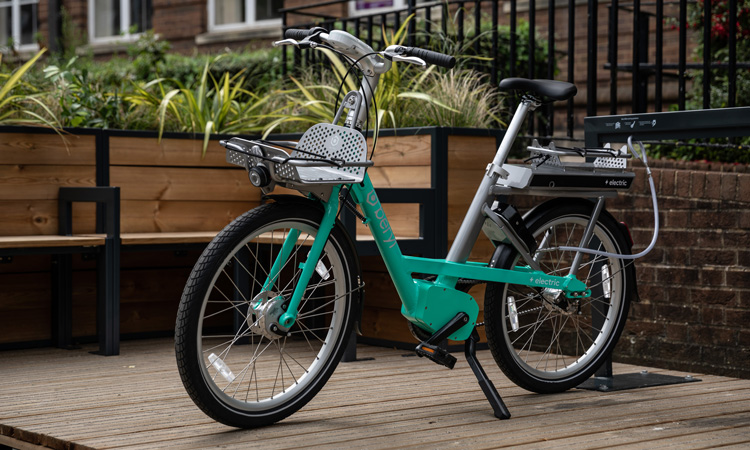 British micromobility firm Beryl Bikes has announced the launch of Beryl e-Bike in Watford, London. The town will be the first town in the UK to introduce 25 pedal assisted beryl e-Bikes which are available to hire now, with plans to roll out more devices throughout the year ahead.

As Watford residents begin to return to work and socialise more, people are said to be looking for greener and safer modes of transport that can service a wide range of journeys.

The 200+ pedal Beryl Bikes will continue to serve the majority of trips, with the Beryl e-Bikes designed to carry people on longer length journeys where pedal assisted power makes the trip more viable and enjoyable. To date, over 40,000 trips have been taken by Beryl Bike in Watford, with riders collectively cycling over 206,500 km.

The launch of the Beryl e-Bike coincides with Beryl’s national #BetterByBike campaign which aims to build on the growing support for cycling in the UK and the positive behaviour changes many have made towards active travel. Beryl will also be launching a Watford specific campaign in the weeks ahead.

Philip Ellis, CEO of Beryl Bikes, said: “By introducing Beryl e-Bikes into our fleet, we have an opportunity to support a different type of rider by unlocking more rides that may not have been served with a standard pedal bike. Ultimately, the Beryl e-Bikes make cycling more accessible where people may have previously been blocked by physical ability, length of journey or distance. The Beryl e-Bike plays a key role in our mission to lower the barriers to cycling, and replace more car journeys with active and sustainable travel options.“

Elected Mayor of Watford, Peter Taylor, added: ”We’ve had a terrific response to Watford’s Beryl bike share scheme with over 40,000 journeys taken by residents since the scheme’s introduction in March. Now we are introducing the new e-bikes, which are great to use for longer journeys and people who need a little help. I’m delighted that we have delivered on one of my key election promises to the town and that this new scheme has been such a success.”

The Beryl e-Bike can be differentiated from the Beryl Bikes through an electrified symbol that will be visible on the bike and bay icons in-app. The remaining range of the beryl e-Bike will also be displayed in-app ahead of hiring the bike so riders are able to confirm the battery will last throughout their journey.

Those using Beryl Bikes are encouraged to wash their hands immediately before and after use, stay two metres away from others whilst cycling and not to ride in groups. Beryl’s guidance on safe use of the service can be found here.