Along with a driver, passengers will be allowed on board towards the end of summer 2020 as part of the second phase of trials. 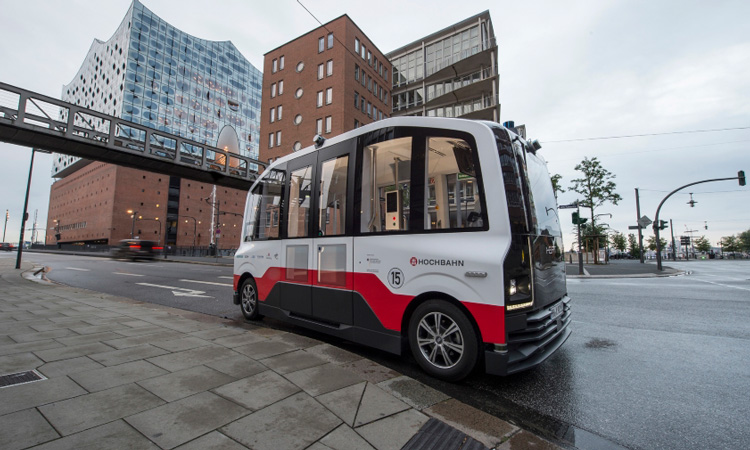 Five metres long and electrically powered: this is the vehicle for our HEAT project in HafenCity. From mid-2020, passengers will also have the opportunity to be on board. Credit: HOCHBAHN

Hamburg Electric Autonomous Transportation (HEAT), which commenced trials back in 2019 with the self-driving bus supervised by a designated driver, has now moved into the next phase of trials.

HEAT is a research and development project which HOCHBAHN, one of the primary transport operators in Hamburg, plans to use a step towards the future commercial deployment of full-time autonomous buses. The HOCHBAHN project includes a number of well-known partners, including companies from the German industry. It is part of the urban strategy for intelligent transport systems (ITS) in the field of action “Automated and Connected Driving.

Matthias Kratzsch, Managing Director Technology of IAV, said: “We can now start testing the revamped and improved shuttle in HafenCity again. Over the past months, we have analysed the data from the first test phase, improved key aspects of the hardware and software and prepared the shuttle for the next test. We are confident that the shuttle will cope with much longer distances compared to last year and have no problems merging with the flow of traffic with other road users. We expect to achieve clear progress in the technological development of autonomous driving.”

While the first phase of trials was focused on data collection and analysing autonomous reactions, the second phase aims to test the interaction between the vehicle and available infrastructure.

However, there is currently no legal precedent for allowing passengers on a vehicle that is left without an attendant, but the HOCHBAHN “wants to actively participate in the development right from the start.”