COVID-19 infrastructure supported by most in London, finds poll

The polling was commissioned by Centre for London to explore Londoners’ changing attitudes to travel during the COVID-19 crisis, and the potential impacts on the city’s transport network once lockdown is over. 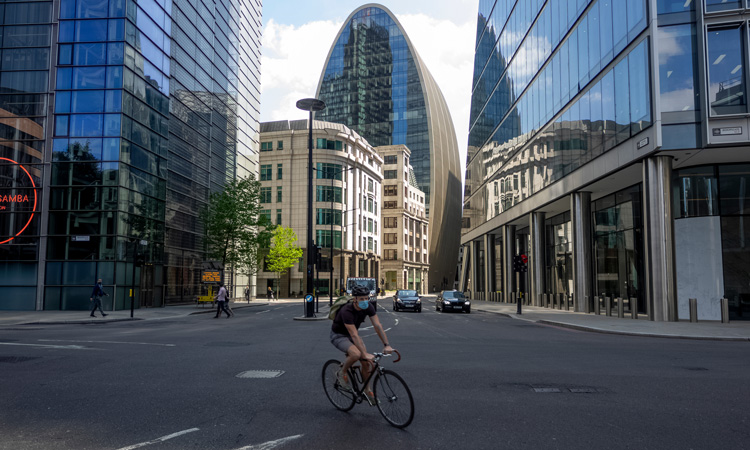 The majority of Londoners support moves by the Mayor, Transport for London (TfL) and local councils to give more space to pedestrians and cyclists during the current crisis, a new poll on behalf of Centre for London and London Environment Directors’ Network (LEDNet) has found.

The survey found that:

The majority also noted that they support permanent pavement widening, and the permanent provision of new cycle lanes or wider cycle lanes.

Other survey findings include:

Minister Chris Heaton-Harris recently told the House of Commons: “On 9 May the government announced a £2 billion package of funding for cycling and walking over the next five years. The government intends to publish the updated version of the Department’s cycle infrastructure design guidance in the summer, and will make clear its expectation that the guidance must followed for all cycling schemes supported by government funding.”

The survey also asked Londoners how their travel behaviour has changed and, in particular, how they anticipate these habits would change under three scenarios: if lockdown were completely over in three months, six months or one year.

Seven in 10 London adults said they are using the tube or rail (71 per cent) or the bus (68 per cent) less since the start of lockdown. Even in the most optimistic three-month scenario, 49 per cent of respondents who provided an answer said they expect to use the tube less than before the crisis and 48 per cent for taxis and ride-hailing. This dropped to 44 per cent for buses.

About a third of Londoners said they will cycle more after lockdown across all scenarios, compared to their pre-crisis habits. This rose to almost half (46 per cent) for walking, running and cycling altogether.

Between a quarter and a third of Londoners who provided an answer also said they expect to use their cars more in the future across the three scenarios tested. However, 69 per cent of respondents also support the temporary suspension of parking charges.

Rob Whitehead, Director of Strategic Projects, Centre for London, said: “This crisis is upending much of what we knew and assumed about Londoners and transport.  Londoners back many of the changes that the Mayor, Transport for London and councils are pursuing to adapt. The concern is that we may be witnessing an epochal shift against public transport with ominous longer term implications.

“Whilst lockdown has encouraged many to try walking and cycling to get to work and exercise, it looks equally as likely to nudge Londoners to return to their cars.

“Without bold thinking and innovation, London could be heading for a new era of gridlock on our roads.“