The Jacksonville Transportation Authority (JTA) has expanded an autonomous vehicle programme as it prepares to roll out CAVs on public roads and develop the workforce of tomorrow. 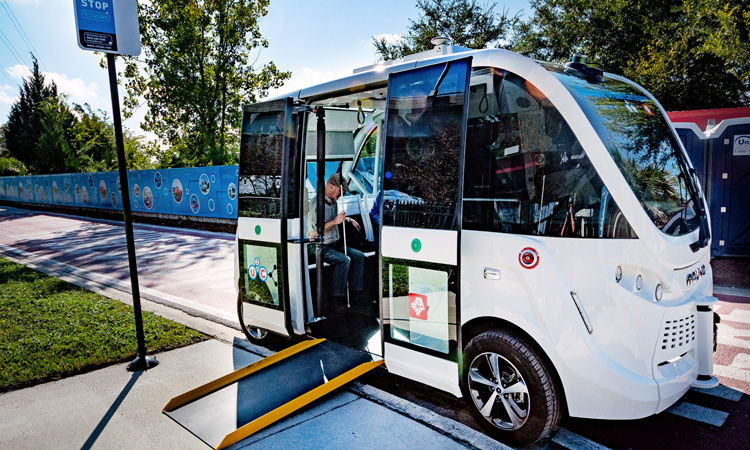 The Jacksonville Transportation Authority (JTA) and Florida State College at Jacksonville (FSCJ) have agreed to expand the JTA’s autonomous vehicle programme through new testing and educational initiatives on FSCJ campuses.

The JTA Board of Directors approved a memorandum of understanding (MOU) with FSCJ that includes:

“As we continue to develop our autonomous vehicle programme, it is vital that higher education and the workforce of tomorrow is included in that conversation,” said JTA Chief Executive Officer, Nathaniel P. Ford Sr. “Being able to access FSCJ’s test track and other facilities will also allow us to expand our testing programme, as we push forward with the U2C project.”

The JTA is currently developing the U2C programme, a connected and autonomous vehicle (CAV) network planned for Downtown Jacksonville and eventually expanding to other key areas in Northeast Florida. Through four initial phases, the U2C aims to leverage the existing Skyway infrastructure and expand that network through ground-level connections and convert those structures to support autonomous vehicles. The first phase, the Bay Street Innovation Corridor, is fully funded.

“Our community is leading the way to the future of autonomous vehicles,” said FSCJ President, Dr. John Avendano. “This partnership will provide innovative educational opportunities to the workforce in order to prepare our students for the next generation of automotive technology.”

As part of the efforts to integrate and socialise CAV technology, the JTA has also developed a strategy to incorporate community partners and local institutions like FSCJ through the development of a series of “Agile Plans.” An Agile Plan comprises low-speed CAV circulators at specific locations where there is a unique transportation need, while fulfilling a core principal of connecting people with emerging technologies.

Additionally, as the JTA continues to innovate through the U2C project, senior members of the Authority’s Automation division are planning to begin developing a curriculum and other educational initiatives in conjunction with FSCJ faculty that will focus on autonomous vehicles and other innovative technologies to prepare the workforce of the future.