Within our third Sustainable Bus Update, we summarise the most recent and standout sustainable bus purchases and developments from across the globe.

A contract for the delivery of 20 Solaris Urbino 12 hydrogen buses was signed by representatives of Solaris Bus & Coach S.A. and the operator providing transport services for South Holland province, Connexion – a branch of the Transdev Netherlands group.

South Holland is the most populous province of The Netherlands, located in its western part, along the North Sea coast. 20 hydrogen Solaris buses will be delivered to that destination by the end of 2021. Concurrently to the sales of buses, the parties signed a servicing agreement for 12 years.

“Our roads are becoming busier and busier. The health of our passengers and residents is of utmost importance to us, therefore putting into service of vehicles ensuring cleaner air is a great step forward,” said Floor Vermeulen, Regional Minister for Traffic and Transport in South Holland province.

“More and more municipal operators and decision makers opt for modern and emission-free transport solutions for their regions. The advantages of hydrogen as an energy carrier are indisputable. We are honoured to be able to participate with the operator Connexxion in these forward-looking decisions,“ said Petros Spinaris, Deputy CEO of Solaris Bus & Coach S.A.

The energy needed to power the bus is produced in the fuel cell that is supplied with hydrogen stored in roof-mounted tanks. The hydrogen is turned into electricity, that, in turn, feeds the bus driveline which consists of an axle with electric engines. The bus is also fitted with a Solaris High Power battery which acts as an additional electric power storage facility. The only by-products generated during the operation of the Solaris Urbino 12 hydrogen are heat and steam. 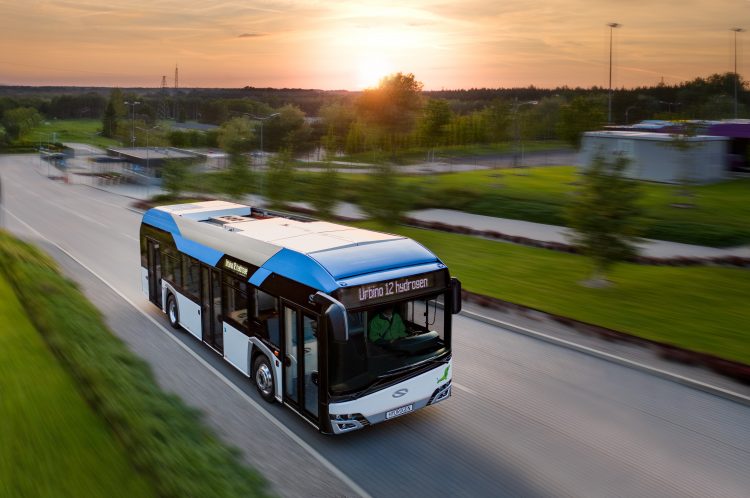 Barcelona is one of the first cities where the Urbino electric buses, in the 18 metre version, rolled out on the streets. The Polish producer has supplied five articulated electric buses to the city since 2015 and TMB has again opted for Solaris and commissioned 14 Urbino 18 electric buses.

The vehicles will be equipped with Solaris High Power batteries with a nominal capacity of 145 kWh in total that will be charged using a pantograph of 500 kW enabling fast charging. The buses will be propelled by a 240 kW central traction motor.

Drivers will also benefit from a series of solutions supporting their work and improving the road safety, such as the MirrorEye system that replaces conventional side mirrors with cameras. It ensures improved visibility not only in bright sunlight, but also when it rains or at night.

The system of intelligent cameras monitors the close surroundings of the vehicle and the driver is alerted to potential dangers with sound and visual signals. At the special request of the client, buses can also be additionally fitted with the Geotab system which informs TMB about potholes.

At present, over 80 electric and hybrid buses are driving around the capital city of Catalonia. 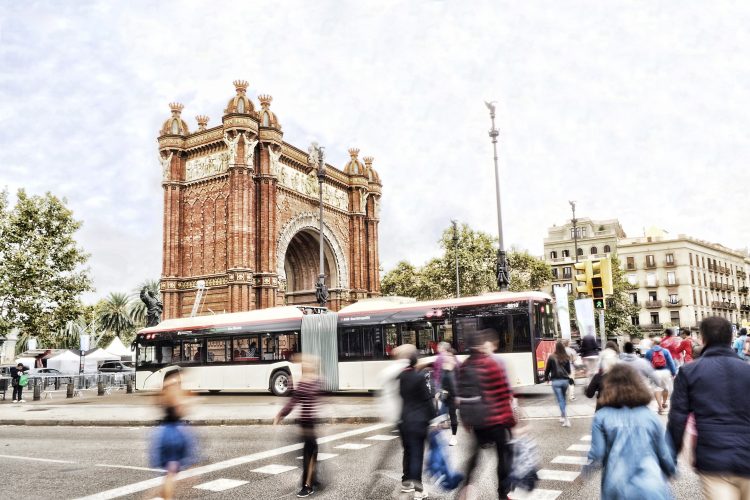 The new Volvo self-charging buses with hybrid power – the “S-Charge” model range – have been upgraded with new capabilities and can now drive silently and emission-free on electricity at higher speeds and cover longer distances than before. This is said to create new possibilities to use self-charging hybrid-electric powered buses in city zero-emission zones and other sensitive areas.

For the new Volvo S-Charge model range, electric propulsion can be used at speeds of up to 50 km/h compared to the previous 20 km/h. Depending on climate and topography, the Volvo S-Charge can run on electricity for up to one km at a time. The upgrade also includes improved connectivity and Volvo’s system for geo-fencing, Volvo Zone Management, which makes it possible for the operator to programme the bus so it automatically switches to electric propulsion within selected areas and has its speed regulated without driver intervention. It is also possible to define zones for sustained self-charging, to ensure emission-free operation in an upcoming zero-emission zone.

“We are now expanding our customers’ possibility for harnessing the benefits of electric power while at the same time retaining the impressive flexibility offered by hybrid buses. The new S-Charge model range can be deployed on any route since no charging infrastructure is needed, which enables fast implementation and improved operational efficiency for our customers,” said Håkan Agnevall, President of Volvo Buses. 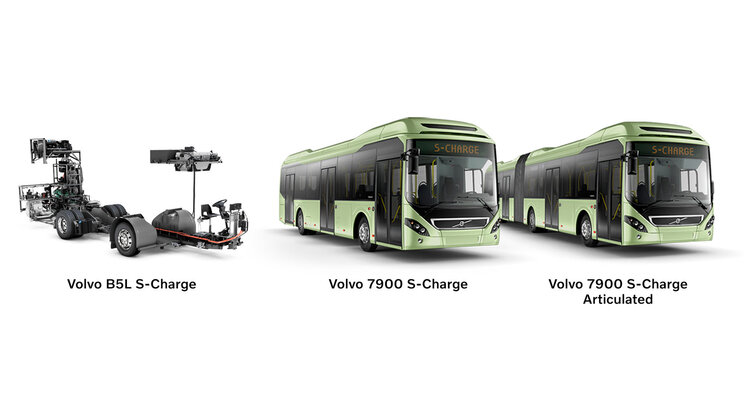 There will be two fast charging stations, each connected to the buses via Link One, designed to operate pantographs on the bus roof. In addition, a Combo CCS type 2 cable will be available in the cabinets at the mast, which means the buses can either be charged by means of a pantograph station or by a plug-in connection.

The infrastructure that Ekoenergetyka-Polska is installing in Radom will also be equipped with a monitoring system. This means that the operator will receive remote access to the parameters of the devices.

“We are glad that Radom is also one of the Polish cities that relies on electromobility. We are glad that we can participate in the efforts of its authorities to make public transport zero-emissions and, as a result, citizens will be able to breathe clean air. Installation works of the charging infrastructure have already been carried out by us. Together with our partner Solaris Bus & Coach we are waiting for the voltage to be applied by the energy supplier to move on to the stage of commissioning and acceptance of the devices,” said Maciej Wojeński, Vice-President of the Ekoenergetyka-Polska.

Movia, the public transport authority of East Denmark, has awarded Keolis’ Danish subsidiary a new contract to operate and maintain 47 buses, of which 32 are fully electric, in the greater Copenhagen area. The contract, worth over €100 million and due to start in June 2021, is for a duration of up to 10 years with a two-year extension option. This makes Keolis one of the largest electric bus operator in Denmark. The new contract covers the greater Copenhagen area, the largest and most populous island of Denmark with 2.5 million inhabitants and five large cities.

With this new contract, Keolis will integrate over 170 new employees including 150 drivers covering six million kilometres per year. Keolis will be in charge of the maintenance carried out at a newly built depot and workshop facility in Nykøbing Falster, the southernmost corner of the island. Three other depots in Naverland (Copenhagen), Slagelse and Korsør in the west will be equipped with charging terminals.

“We are delighted that Movia, our partner since 2007, has again placed its trust in us with the award of this new contract,” observed Bernard Tabary, CEO International at Keolis. “Movia can count on our full dedication to delivering the best passenger experience and supporting the transition to greener buses, thanks to our worldwide experience in zero-emission bus operations in Sweden, Norway, the Netherlands, France, Canada and the U.S.” 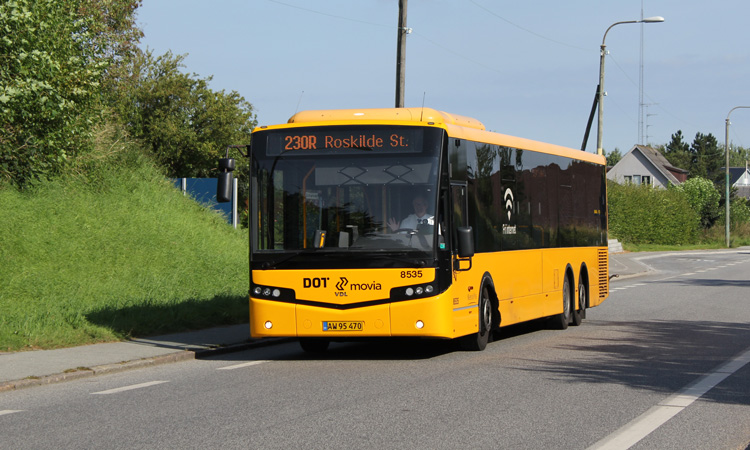 The UK Department for Transport (DfT) has announced that the period of applications for the all-electric bus town scheme, part of the government’s better deal for bus users, has been extended from 30 April to 4 June 2020 to allow for delays caused by coronavirus.

The winning areas will receive up to £50 million to help pay for a brand-new fleet of electric buses, which aims to reduce emissions and clean up the air in the chosen communities.

The £50 million fund is part of a total £170 million allocated to improve services and make bus journeys greener, easier and more reliable in the UK.

Transport Secretary, Grant Shapps, said: “Buses carry more people than any other form of public transport in the UK, and with 200 electric buses able to offset 3,700 diesel cars, it is clear they have a crucial role to play in bringing down emissions.

“But Britain’s first all-electric bus town is just the start. Helping deliver on our manifesto promise, this package will help us to create communities which are cleaner, easier to get around and more environmentally friendly, speeding up journeys and making them more reliable.

“By focusing on efficient and affordable transport, we will make greener journeys the natural choice.” 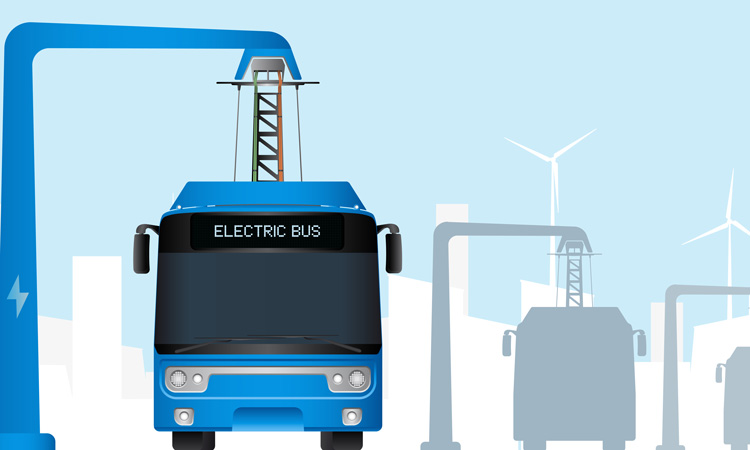