After years of success, San Francisco Bay Area’s payment card system is about to undergo a transformation to become account-based, simplifying the passenger experience. Jason Weinstein P.E., the Metropolitan Transportation Commission’s Program Manager, explains how the region is preparing for the transition. 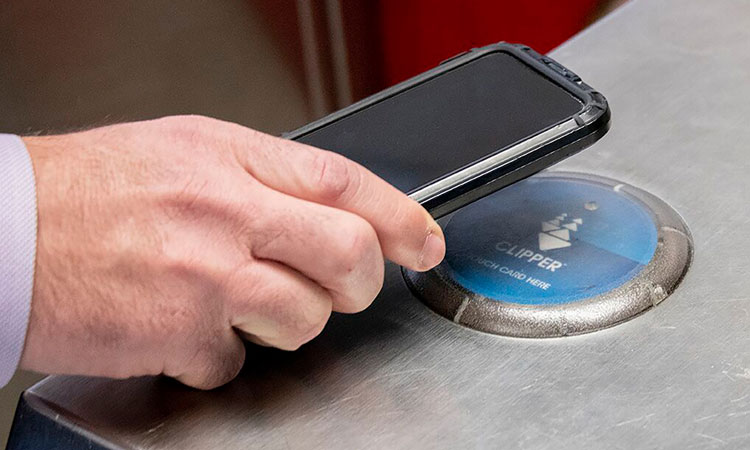 In the innovative and diverse San Francisco Bay Area – from Silicon Valley, to the Golden Gate Bridge, to the vineyards of the Napa Valley – the Clipper card is the go-to payment method for those travelling on the region’s buses, trains and ferries.

Planning for the next generation of Clipper started several years ago and the first change will come later this year. Presently, customers rely on the credit card-sized plastic Clipper card for their travel, but as Clipper moves forward, this card-based system will seamlessly transition to an account-based system.

Initial design of the Clipper system began in the late 1990s, with the card originally launched in 2006 under the name TransLink. It was rechristened Clipper in 2010, a nod to the fast ships that plied San Francisco Bay in the 19th Century, moving people and goods locally and around the world.

Ageing equipment and new technologies have made Clipper’s current card-based system increasingly challenging to modify, lacking the ability to add new features or to immediately use value when purchased via modern sales channels like the internet.

The San Francisco Bay Area – with a population closing in on eight million – has a multitude of transit agencies spread across a nine-county region, making the task of upgrading Clipper a complex undertaking.

Now, the Metropolitan Transportation Commission (MTC), the contracting agency which oversees the Clipper programme on behalf of the participating transit agencies, is poised to deliver a state-of-the-art system that meets the needs of its hundreds of thousands of daily customers.

Due to the current system’s age, however, it is increasingly diﬃcult to find parts to fix existing equipment; and fixing problems can require costly, customised solutions. The next generation Clipper system is on schedule to roll out over the next couple of years, with a complete transition by 2023.

The new system will:

The first step for the new generation of Clipper is the introduction of a mobile app, which will be available late 2020. With the app, customers will be able to pay fares using their smartphones, and more importantly, when users add money to their account with the app via a digital wallet, these funds will be immediately available to use for fare payment. Depending on how value is purchased, it currently takes between three and five days for this value to appear on a customer’s card.

As the Clipper system is upgraded, the website will continue to be accessible to people with disabilities, and the app will be designed using the Web Content Accessibility Guidelines 2.0.

In addition to the mobile app, MTC and regional transit agencies are building in the flexibility to offer payment for other services. Eventually, the new system will be able to accept payment for paratransit, transit parking and other services. The new Clipper system will feature online applications for youth and senior cards, and a family will be able to manage all their cards in a single account.

In 2021, new wireless equipment will be deployed throughout the Clipper system on buses, trains, ferries and other locales. In mid-2022 through to 2023, customers will be migrated to the new account-based system.

A primary goal is to make the rollout of the new system as smooth as possible for our users. Even when fully transitioned to the account-based system, customers will still be able to use their current plastic cards if they desire – some customers might not even be aware the change has occurred.

Further down the road

Looking further into the future, Clipper will play a central role in any seamless mobility programme. The new system is being designed for maximum flexibility, and amid the ongoing discussion in the Bay Area and across California about streamlining and simplifying transit fares among myriad operators which each have their own pricing models, Clipper will be an effective tool for realising the shared goal of boosting transit ridership.

MTC and Bay Area transit operators are proud to be delivering new technology that reflects our region and meets the demands of our customers. We look forward to bringing this next generation of Clipper to the Bay Area, and to building the number of transit riders.

Jason Weinstein P.E. is the Metropolitan Transportation Commission’s (MTC) Program Manager for the next generation of Clipper and is responsible for all aspects of the system scoping, procurement, contracting and development. His 28-year transportation career includes extensive experience in construction and contract management as well as traffic and toll operations, including 14 years with the California Department of Transportation.