With the release of the report Automatic for the people?, Rebecca Fuller, Assistant Director at the Urban Transport Group, considers what the future could hold for connected and autonomous vehicles (CAVs) and debates the potential issues that the industry – and public – is likely to face. 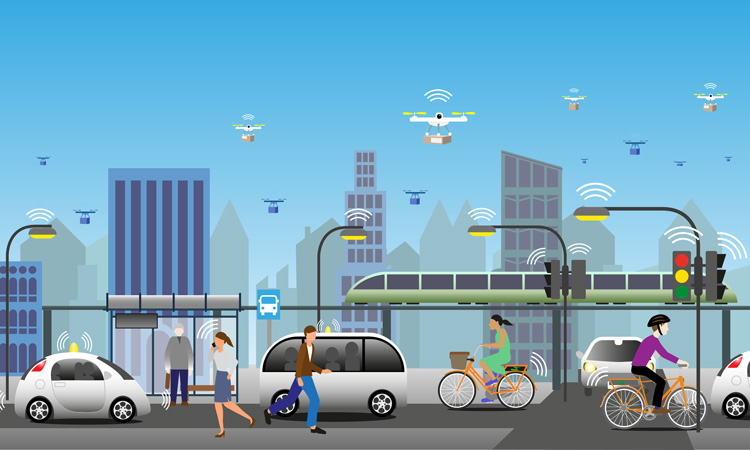 Reading the reams of reports on the subject, you could be forgiven for thinking that a future in which fully connected and autonomous vehicles (CAVs) are ubiquitous on our city streets is a done deal. Whether that future city is a utopian dream of sharing and safety, replete with relaxed pedestrians and cyclists enjoying the green spaces and café-culture CAVs have released, or a dystopian nightmare with masses of individualised pods filling the streets and even the sky with congestion, edging out the human in favour of the machine, depends on your view of CAVs.

However, the strikingly polarised dreams and nightmares portrayed in the literature, are just that – the product of a certain degree of imagination. Nobody can say exactly how CAVs will evolve, how far, how fast and with what consequences.

The uncertainty places CAVs in the category of a ‘wicked problem’ in the world of policy making. A wicked problem has incomplete, contradictory and changing requirements. There are complex interdependencies. It involves a wide cast of stakeholders, with differing views and priorities. Wicked problems have a significant economic impact – CAVs are predicted to deliver an annual boost to the UK economy of around £51 billion by 2030, according to one frequently cited study, but they could also bring significant costs and unintended consequences. Despite the assumption of an eventual end state of full automation and connectivity as a wicked problem, the transition to CAVs has no easily determinable stopping point. The shift – however far it takes us – will be messy, lengthy and uneven.

Less than 20 per cent of UK roads have full 4G coverage. Some 4,600 miles of roads do not even have 2G coverage

One of the few certainties is that we are already on a CAVs trajectory. Vehicles with autonomous and connected features are already among us. Features like smartphone integration, lane assist, cruise control and sat nav are commonplace, and as the technology develops, benefits are being felt on the ground.

In London, for example, Transport for London’s Bus Safety Standard, launched in 2018, includes features such as automated emergency braking and Intelligent Speed Assistance (which helps the driver keep to the speed limit). The eCall system is another example. Fitted as standard to new cars since 2018, it automatically contacts the emergency services if a car’s airbags deploy, using GPS to provide locational information. The system has been shown to reduce emergency response times by up to 60 per cent in built-up areas.

It is often assumed that further evolution of the technology will bring more benefits for safety but also for the economy, inclusion and the environment. Our new report, ‘Automatic for the People?’, explores the case for CAVs in each of these areas and finds that whilst there is indeed potential for CAVs to deliver, this is by no means guaranteed – once again, uncertainty abounds.

Much depends on the ability of policy makers, city and transport authorities to grapple with a number of complex and interdependent issues that will help determine the future of CAVs for good or for ill.

The first is how we manage the transition to CAVs. Whether or not a complete transition to fully autonomous and connected vehicles comes to pass, we are on a CAVs journey. More thought needs to be given to how this, potentially indefinite, intervening period is managed. A period which could see, as the Government Actuary’s Department warns, traffic delays getting worse if only 25 per cent of vehicles are fully automated.

The second issue is the viability of a sharing model. Many of the more utopian visions of a CAV future have vehicle sharing at their heart. However, evidence suggests that most people are reluctant to share a small, unsupervised vehicle with strangers. Without a willingness to share, will the convenience and comfort of an individualised pod outweigh other considerations?

This leads to the third issue – the potential hollowing-out of public transport, walking and cycling. Without careful planning and suitable incentives, there is a danger that these modes could become marginalised choices of last resort, with all the health and inclusion impacts this implies. How can we ensure these modes remain relevant, competitive and attractive? How can we make the most of connected and autonomous technology to enhance and make space for these modes?

Without careful consideration of these issues, there is a risk that the safety, environmental, inclusion and economic development benefits CAVs promise will never be fully realised

A fourth issue concerns the impact of CAVs on the urban realm. Will they free-up space for play, public realm, walking and cycling? Or will they constrain people to the margins? Again, there is considerable uncertainty and complex interdependencies. The answers depend on a range of factors, from people’s willingness to share vehicles to city approaches to managing kerb use.

Maintaining a high-quality urban realm and roads as CAVs develop is one consideration falling under the fifth issue – the impact of CAVs on transport authority costs. It is widely claimed that CAVs will require streets and roads to be maintained to a higher standard than that required by conventional vehicles. Current CAV models are easily confused by anything from a stray tree branch to a carelessly placed sticker on a road sign. This has considerable implications for council budgets, already stretched to breaking point in the context of a sizeable road maintenance backlog.

Finally, there are issues around the ‘digital deficit’. At present, less than 20 per cent of UK roads have full 4G coverage. Some 4,600 miles of roads do not even have 2G coverage. Digital ‘not spots’ will have to be addressed if CAVs are to function to their full capacity. If they are able to do so, there is the question of how to manage and make the most of the huge volumes of data that they will generate. Cities and transport authorities will need to ensure they have the access, resources and skills to cope.

Most of all, cities need to take their rightful place at the top table, with their voices heard alongside national policy makers and CAV developers

Without careful consideration of these issues, there is a risk that the safety, environmental, inclusion and economic development benefits CAVs promise will never be fully realised. It will be cities who feel the consequences of this most strongly and it is they who will need to manage and make sense of the opportunities and challenges that CAVs present for their particular local circumstances and priorities.

But they cannot do it alone. Our report calls upon the government to take action to support cities as they seek to navigate a continually shifting new mobility landscape. Cities would benefit from the provision of guidance from the government on how to manage a prolonged transition period towards CAVs. A legal and regulatory framework which allows them to proactively plan and respond with agility would also be helpful. Such a framework should give them powers to innovate whilst, at the same time, enabling them to put the interests of their people and places first.

Planning and decision making should be informed by a balanced research programme into the impacts of CAVs, supported by government. In particular, more focus should be given to the highways CAVs will run on, not just the vehicles themselves.

To assist in the task of anticipating and planning effectively for CAVs and other developments in new mobility, transport authorities need long-term funding to give them a secure foundation for strategic thinking and for ensuring they can attract and retain the people and skills they need.

Most of all, cities need to take their rightful place at the top table, with their voices heard alongside national policy makers and CAV developers. They can ensure that CAVs develop in a way that fits wider goals for inclusion, place-making, health, the economy and the environment. However far and fast the CAVs trajectory takes us, they are well placed to ensure that CAVs are truly ‘automatic for the people’.

Rebecca Fuller is Assistant Director at the Urban Transport Group and author of the report Automatic for the people? Issues and options for transport authorities on connected and autonomous vehicles. She began working for Urban Transport Group in 2008, firstly as Policy and Research Advisor, then as Policy and Research Manager. Now as Assistant Director she works to make the case for the right policies in urban transport and related areas to support inclusive and sustainable growth. 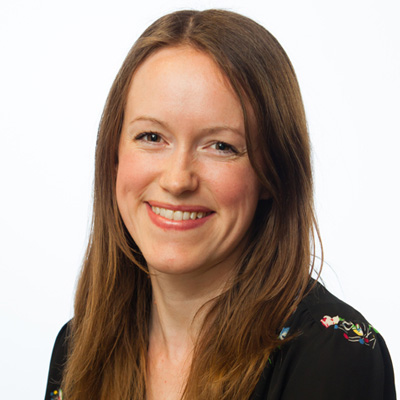