Having been in service for several months, Ashley Cahif from the ACT Government, and Lachlan Marks and Debra Surman from Canberra Metro, told Intelligent Transport about the effects the Light Rail system has had on Canberra city. 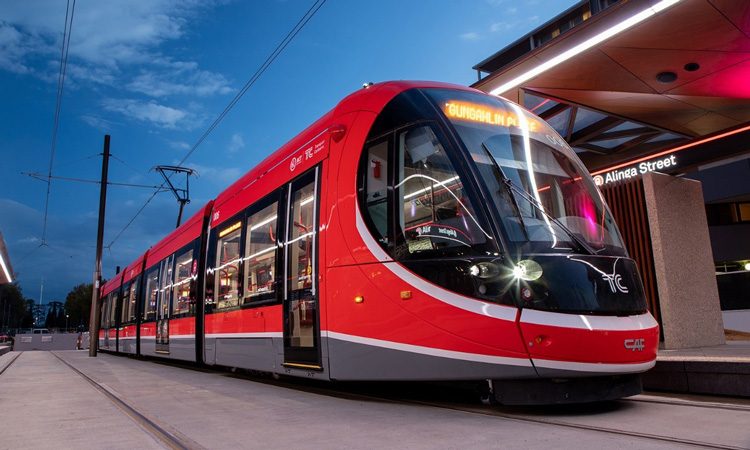 What were the primary factors that drove the decision to implement light-rail services in Canberra?

Canberra is Australia’s capital city. In a vibrant, dynamic and rapidly growing region, Canberra already has a reputation for being one of the world’s most liveable cities.

Planning for Canberra’s continued growth while maintaining its liveability requires a convenient, efficient and reliable public transport system that moves more people and is easily accessible.

Light rail is fundamental to the Australian Capital Territory (ACT) Government’s objective of connecting major population areas, employment centres, social and cultural hubs across Canberra. Today, the ACT Government is planning, constructing and operating light rail to ensure the Canberra of tomorrow, with a population of 500,000 by 2030, can move around more easily and continue to enjoy Canberra.

What was the process like in preparing the city for such a significant infrastructure project?

The newly operating City to Gungahlin Light Rail system is the first stage of a city-wide light rail network for Canberra. It is the largest single infrastructure project ever undertaken by the Australian Capital Territory, and one of its first public private partnerships (PPP). 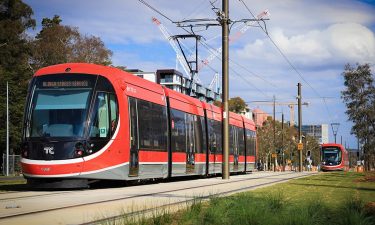 “Building awareness and understanding of the project and its benefits was critical to engaging the community and building support before commencement. Feedback and insights from residents, businesses and government stakeholders was captured throughout the design and construction of the Gungahlin to City project. This two-way conversation is continuing as the city prepares for future stages of light rail.”

Throughout construction, a no surprises approach to communication focused on preparing residents and businesses of potential disruptions and construction impacts.

What significant challenges were faced during the construction of the light rail and how were they overcome?

The first stage of Canberra’s light rail project is a 12 km alignment connecting Canberra’s CBD with its fast-growing northern suburbs. There are 13 stops along the route.

The achievement of a superior design has been a clear vison for the project. While this aspiration presented challenges, the commitment to high quality design has resulted in improvements to the urban design and engineering quality of the completed project.

The design approach placed greater emphasis on the human experience of using the light rail. The project used formal ‘customer experience’ and ‘human factor’ assessment processes to optimise many elements of the design – ranging from more comfortable and higher quality seats to better positioned hand grips within the light rail vehicles.

“In a project as large as Canberra light rail, minimising the impact of construction on businesses and residents along the alignment was both a priority and a challenge,” said Debra Surman, Canberra Metro Communications and Engagement Director. “Key lessons learned from this first stage of the light rail network is to provide the community with more information on the construction phases and greater certainty about the timing and extent of road closures, and noisy activities.” More opportunities for the community to be involved such as tours of the planned route and an information centre would also be welcomed.

In terms of workforce, the project’s delivery required some specialised technical skills that were challenging to secure in the context of a thriving infrastructure market in Australia.

What impact has light-rail connectivity had on the city since launch? (has there been a noticeable modal shift, for instance?)

The construction of light rail between Canberra’s northern and southern suburbs forms the backbone of the ACT Government’s vision for a city-wide integrated public transport network. The first stage of light rail connects the fast-growing northern area of Gungahlin to Canberra’s City centre.

Launched in April 2019, light rail is proving to be an attractive and accessible transport choice for Canberra residents with, on average, over 90,000 passenger boardings each week. This is significantly higher than original forecasts.

This first stage will help shape the nation’s capital as a more compact, inclusive and progressive city while enhancing the lifestyle available to its community.

“Key success factors to growing patronage and inspiring a change in the travel behaviour of a generation are those such as connectivity between light rail and buses, sufficient park and ride facilities, seamless customer experiences at transport interchanges, making Canberra more walkable and improving the urban landscape,” said Mr Cahif. 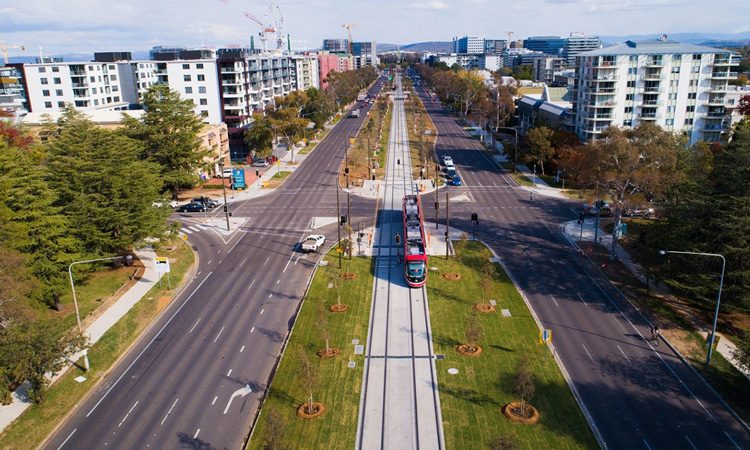 What has passenger feedback been like so far? What elements are in place to make the passenger experience as seamless as possible? (e.g. ticketing and information provision)

Canberra’s community has embraced light rail with patronage numbers significantly higher than forecast. “Accessibility is a key feature of the light rail system,” said Lachlan Marks, Canberra Metro’s Technical and Commercial Director. “All stops are accessible via ramps to provide easy access for passengers who use mobility aids (wheelchairs, scooters or motorised vehicles), parents with prams and those who find using stairs difficult.”

Passenger Information Displays provide real time arrivals information. Hearing Loops have been installed at each stop and on board all LRVs to assist those passengers with hearing aids.

Braille lettering and raised pictograms are located at each stop and pre-recorded public announcements also assist visually impaired passengers with information about the service.

Emergency help points and closed-circuit television (CCTV) are located on board every LRV and each stop for passenger safety and security.

Canberra Metro conducts Familiarisation Days each year with Community Groups, providing passengers with an opportunity to familiarise themselves at a stop and practice boarding and alighting in a safe environment.

How have road users adapted to the light-rail system, and what was the process like of introducing rail to the normal road network? Were there many political hurdles to overcome, for example?

The light rail follows a median alignment for much of its length. Traffic signalling is used to manage potential conflicts between light rail vehicles and road vehicles at intersections with the light rail system designed around signal priority.

In peak service periods, light rail vehicles traverse through any one of the twenty-six intersections every four to six minutes along the route. Each intersection experiences regular interaction between motor vehicles, LRVs, cyclists and pedestrians.

“Prior to the commencement of operations, a community safety campaign focused on generating awareness among motorists that traffic signals have changed along the light rail route and light rail vehicles have priority at intersections,” said Ms Surman.

Canberra Metro and the ACT Government have worked together to make intersections as efficient as possible and safe for all road users, including ensuring pedestrians have ample time to cross light rail tracks, and balancing light rail priority with peak traffic demands.

What measures have been put in place to keep passengers and pedestrians as safe as possible?

Safety has been paramount to the successful delivery of the Canberra light rail project and it’s been an essential element from the initial design phase through to construction and operation. “Canberra Metro’s priority is always the safety of our employees, passengers and members of the public,” said Mr Marks.

To support the safety of pedestrians, cyclists and motorists, new safety features have been installed at intersections and crossings, including:

Canberra Metro and the ACT Government launched a public safety campaign prior to operations called “Are you Rail Ready?”. The campaign provides the community with key messages to stay safe around light rail:

What are the next steps for Canberra Light Rail?

With Canberra’s population continuing to grow, the ACT Government is building on the success of the first stage of light rail and extending the network to other parts of the city.

The next stage of light rail will see the network extended to the southern area of Woden. This will complete the north-south spine, a crucial enabling project for future stages of a city-wide light rail network.

Commencement of this next stage will see the existing light rail system extended from the City to Commonwealth Park. This 1.7km extension, expected to commence operations in 2024, will see three new stops added to the network and will provide new transport options for an extra 2,500 passengers daily by 2026.

While works get underway on this new extension, planning and approvals will continue for the remainder of the route to Woden. This two stage strategy for light rail to Woden will help connect more Canberrans to light rail sooner.