Paul Asel, Managing Partner at NGP Capital, tells Intelligent Transport’s Luke Antoniou how investments in shared mobility are not only shaping the future of mass transit, but aiding cities in rethinking how they’re able to utilise space, detailing some of the specific investments he has made in mobility companies in recent years – as well as some of the potential pitfalls of new mobility. 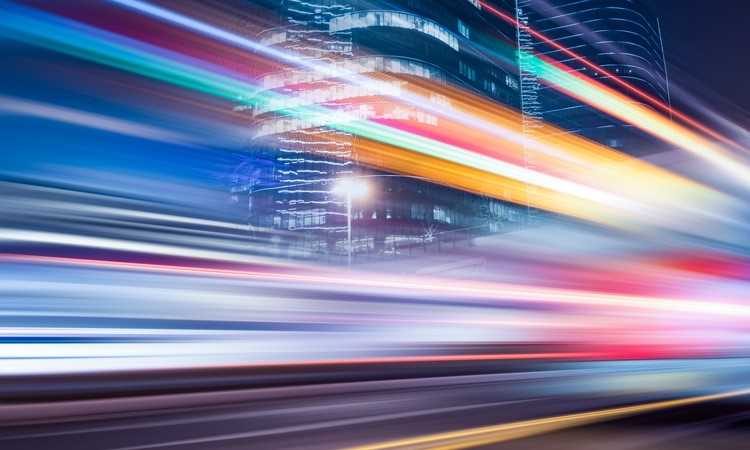 From an investor’s perspective, what’s your take on the new mobility scene that’s evolved over the last few years and where do you think it’s heading?

NGP has been investing in the smart mobility space for the last six years. We have 22 investments globally in transportation and logistics. Through these investments, we have a lens on the market. We typically invest with a point of view. Our view on smart mobility is that transportation is moving from an asset-based business (people own cars) to a rides-based business (shared transportation). That’s apparent in the shift we’ve seen led by companies like Uber and Lyft in the United States, and Didi Chuxing in China.

Taxis have been part of this scene for a long time, but these new players are streamlining the system. You can think of taxis as essentially an asset-based business because the taxi companies still own the vehicles. With the Uber and Lyft model, you have a variable supply that’s more broadly distributed and can handle the peaks of the rush hours much better. As a result of that, we have seen a shift to ridership rather than ownership.

We believe that Uber and Lyft are the first innings of that model. When we think about the challenges and the opportunities created, the opportunities are largely apparent – and, increasingly, so are the challenges. A significant proportion of the miles driven by Uber and Lyft drivers are without passengers, so it’s not the most efficient system and increases pollution and congestion. Nobody wants slower commutes as a result of what are essentially empty extra cars on the road, and we are starting to see regulations put in place to address this.

I think there are a couple of other interesting ways we’ll see this improve in the coming years. For example, in a fully autonomous system we won’t need drivers, so you could have assets that are optimally distributed across a city. It would be even simpler to match users with rides; they can simply find the nearest car, hop in and have the car drive them to their destination. With those cars being autonomous, at the end of the journey they can auto relocate to an optimal space to maintain the distribution system across a city.

We think that autonomous vehicles have to be used in that way, and though this vision is likely decades rather than years away, we are seeing systems being put in place that are a bridge from what we have today to that autonomous system. We have invested extensively in car-sharing: Getaround in the United States, Drivy in Europe and ZoomCar in India. Each of these companies offer a system where drivers can purchase cars but then put them on to an open market that let’s others use them.

Car-sharing is, to a degree, a model based on ownership, but its success depends on the utilisation of the shared system. In a wholly-owned system, the car is parked about 94 per cent of the time. In a shared transport system, the utilisation rate goes up by five to ten times from six per cent.  If that happened systematically and across the board, then that takes cars out of the system. If you can get 10 times the utilisation rate and everybody drives the same amount, then essentially you can reduce the number of cars by 90 per cent. When that happens, there are some very interesting ramifications. In a number of cities across the U.S., parking accounts for about 25 per cent of the land usage. With a shared transport system, we could reduce parking spaces to five per cent unlocking 20 per cent of the most valuable property in the country.

Europe is a good example of what could happen in the U.S. European cities have more efficient public transportation systems, so they require less parking coverage allowing more densely populated cities. Denser cities allow different modes of transportation. More people walk to work because people tend to live closer to work. Other forms of micro-mobility such as shared bikes are more readily available and more popular. Over 50 per cent of residents in Amsterdam commute by bike as do nearly 20 per cent in Berlin.

You can start to see how, over time as new systems come in, they allow for the redevelopment of cities. These systems are a welcome result for consumers and for developers in cities. In many cities, 50 per cent of the costs in developing a new building go to fulfilling parking requirements.

A good example is Scoop, a company that is addressing this opportunity with an intelligent carpool system. Carpooling has been around for 50 years, but it’s all been done in an ad hoc and inefficient way. If I know my neighbour happens to be driving at the same time to the same place, then it’s easy for us to agree to share a ride together. If you can then bring real-time intelligence to that, it allows carpooling on a citywide, efficient scale. We’re seeing enterprises adopting Scoop carpooling to reduce parking requirements for their buildings. For rapidly growing companies in urban areas, carpooling can significantly improve employee retention and reduce expansion costs. In tight, competitive labour markets, companies are offering transportation as an employee benefit to improve employee productivity and reduce facilities costs.

Is the industry pinning too much hope on new mobility companies when the early leaders are yet to turn a profit?

Back in 2001 when Amazon had huge losses, many people were questioning the merits of e-commerce. As Amazon achieved scale, it has become one of the most valuable businesses in the world.  We see similar investor scepticism with Uber today, yet I believe Uber is a fundamental transportation platform company in an industry undergoing massive change.

Uber is unprofitable today not because the underlying unit economics of their business don’t make sense but because they are subsidising the cost of rides in order to accelerate adoption. If you look at the pricing of a taxi, Uber is offering a 15-50 per cent discount. If you eliminate that discount, Uber becomes highly profitable as it has a fundamentally more economically efficient model than the traditional taxi companies. I don’t worry about whether Uber is going to be profitable or not. As an investor, I worry about how Uber is going to extend its model into adjacent spaces and impact the companies that I’m investing in.

It’s an exciting time for start-ups in mobility, but is there a risk that a bubble emerges around them?

Capital inflows into the venture sector reflect opportunity for technology innovation and industry disruption.  Yet venture valuations have doubled in the past six years and we know that, in the public markets, return on investment is more highly correlated to price-to-earnings than any other factor. At NGP Capital, we seek to invest in companies in markets and with management teams that can produce outsized winners at a price that allows significant head room for further growth even if the valuation metrics are high relative to historic norms. History shows that iconic companies that truly can be future industry leaders will outrun their early venture valuations.

Do you see much opportunity for consolidation in the new mobility market in the near term or do you think that’s a longer-term play?

We are seeing Uber and Lyft as transportation platforms extend into adjacent areas. That’s not surprising to us. They are chief competitors with Lime (which we invest in) for the scooter market. The consumer is going to be well-served with the tremendous innovation ongoing in smart mobility. They will have a panoply of choices going forward at affordable prices.

We believe there is much opportunity for smart mobility innovation and there will be multiple winners in the transportation sector. Zum is a good example of a recent investment NGP Capital has made in a high potential company targeting a niche transportation. Zum offers an optimised school transportation service. Transportation is the second or third highest cost for schools so there’s a lot of cost pressure. Zum offers an intelligent software system that reduces costs for public schools while reducing the time that the average student spends getting to school.  Thus, Zum offers a win-win solution for both the schools and students.

For companies like Zum and Scoop, we are focused on strong performance in their respective transportation markets. If they perform well, we will do well whether the outcome is an initial public offering or an acquisition by an industry consolidator.

Paul Asel is Managing Partner of NGP Capital and has been a global technology investor across the U.S., Europe and Asia for over 25 years. Paul has realised over 20 successful investments, including five IPOs and four exits of more than $1 billion each, of which UCWeb and Ganji were two of the largest technology acquisitions in China. Other successful exits include KongZhong, DQ Entertainment, Gridsum, Morpho, Madhouse, Whistle, CityMaps and Intermedia. He has been engaged in acquisitions and IPOs valued cumulatively at over $25 billion. He is currently focused on NGP’s investments in the U.S. and Asia in the mobile, IoT and auto sectors.