How are digital technologies changing the mobility landscape?

In light of Keolis’ Keoscopie study which monitors the impact of technology on mobility, we spoke exclusively to Kara Livingston, Director of Marketing for Keolis Group, who explained what the study revealed about mobility habits and the effect of technology. 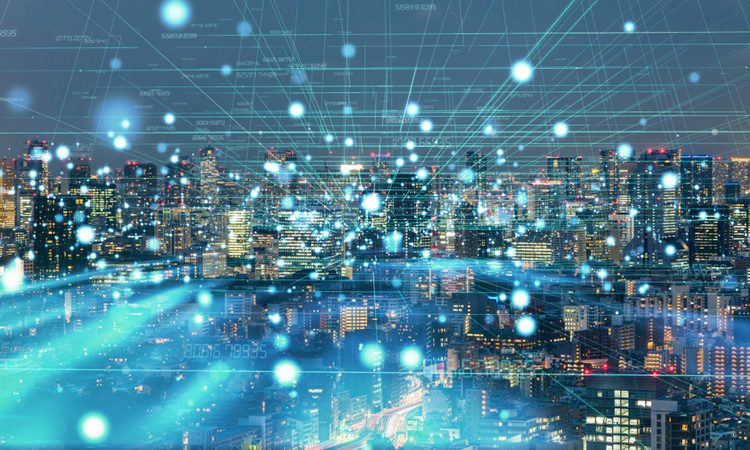 What have been the standout features from the Keolis study?

For me, there are three key findings. We were a little bit surprised that although technology is integral to people’s lives in all the countries we studied, there’s nevertheless quite significant differences from one culture to another and one city to another, even within the same country. Understanding the nuances of that was something that’s brought a lot of value for us.

The second thing I think is that when we studied the mobility habits of people, we found that in France most people don’t take the same modes for their outbound and their return journey, and they don’t do the same journey five days a week. It’s a myth that everybody takes transport between seven and nine in the morning and five and seven at night.

It’s too simplistic to construct a transport offer simply based on the traditional commuting model. We were pleasantly surprised when we discovered that same phenomenon exists in almost all the countries we studied around the world to a greater or lesser extent.

I think the third thing was the attitudes to new mobility that people have. The potential of it is high in most countries. Obviously, areas like China and America are much more predisposed and are already using different forms of new mobility. The similar sorts of market share that we see with public transport reveals a link showing that people who use public transport are much more predisposed to use new mobility services and vice versa.

It’s surprising for us how high and already ingrained in the usage of these new services have become.

What did you find that the study showed you about how technology is being perceived?

Again, I think there are a couple of things that we can explore in this context. To a greater or lesser extent depending on the country, even the most tech-savvy customers felt there was a risk that change was happening so fast they would be left behind and they didn’t feel confident with it even though they were, objectively, the most digital savvy.

The second thing is, again, depending on the culture, a kind of suspicion arose surrounding how data is being used. Is privacy being invaded? Concerns about the impact of where and when technology is used surfaced, too.

In the study you talk about “phygital” – what does that mean in this context?

What we’ve seen is that even the most digitally-savvy customers don’t exclusively use a smartphone. They’ll still look at the map on the wall. They’ll still want to ask for assistance from a person at times, so it’s important that those two things go together and, obviously, if the information that’s on a screen in a station is not consistent with what’s on the app or if the agent that was asked for help has less information than is on Twitter, that’s a problem.

Would you say that the mobility developments we’re currently seeing, such as the single-wheeled travel solutions mentioned in the study, are advancements for the sake of advancement?

I think the fact that their usage is exploding in different places would suggest that that’s not the case – they’re clearly finding their markets in different countries. Inevitably, there’s a lot of slightly different forms of these single-wheeled travel solutions. We can expect that over time, one or two versions will become the market leading forms that find their place more than others. That’s typically what would happen in most technology scenarios.

I think we’re seeing a real diversity of mobility needs now and those solutions are enabling niche groups of people to find solutions that perhaps weren’t there before. The fact that they’re being used and there’s such a great interest in the potential of using them, and it’s coming out in studies like this, would suggest that they’re going to become a big part of the landscape.

Do you think that the increased dependence on technology alienates or isolates certain groups of people, such as the elderly, or could even leave some operators behind?

The technology is bringing solutions that previously weren’t there for anybody. Yes, some groups of society are less comfortable with using technology and that’s why we certainly push that we can’t let go the other forms of media and customer information and ways of buying; there’s still a need to maintain a call centre, maintain a way of buying a ticket in a station that’s not through a smartphone. As long as those are maintained, then arguably at least the people who are less into technology have the same level of service they had before, perhaps a little bit better because some of the lessons that we can get out of technology can be pumped into how to better present public customer information even when it’s static on a wall.

Hopefully people are no more isolated as a result of technology and inevitably as time goes on there are fewer and fewer people who are not into technology; there are more and more groups picking it up as time goes on and they’re getting more out of it.

As regards operators, I think we operated in India and in Africa, for example. Quite often we find that those regions are quicker to implement technology and particularly, smartphone technology, than some occidental countries because the original hardware isn’t there. They sort of skip a step and go straight to providing dynamic information on a smartphone because they don’t have old school legacy equipment to the same degree that a lot of European countries might have.

We’re not necessarily saying that there are countries massively behind, at least in terms equipment. The places you might think are lagging behind are actually quite forward thinking on technology.

Do you think we need to consider the wider population when we discuss technology-enabled transport, especially as groups of people like those with reduced mobility struggle with transport as it is now?

Definitely. That’s one of the big beliefs we have at Keolis, making sure that vulnerable customers are addressed just as much as anyone else – that includes with technology. We’ve done a lot of work on finding digital solutions for reduced mobility passengers because we’re certainly finding that, depending on the age of those people, there are lot who are very interested by that sort of technology. Things like voice-enabled smartphone solutions provide a new source of aid and reduce the isolation that some of those groups feel because they can find good information about which stops and routes are accessible. Additionally, individuals can get step-by-step guidance from smartphones compared to the difficulty of finding information and with the uncertainty of the accuracy of the information.

There are some great apps out there that we’ve been working with to try and bring solutions for reduced mobility passengers and, as I say, a lot of elderly people are increasingly using technology as well. I think it’s a bit simplistic to say that they’re not, but obviously in all groups of society there are some who are not into technology, and yes, we need to make sure that the other information channels are just as good and are not neglected because we choose to invest in technology.

Kara Livingston, holds a Master’s Degree in Finance and French from the University of Aberdeen (Scotland). Since January 2015 she has been Director of Marketing for Keolis Group, responsible for managing the marketing specialists’ team for all the countries where the Keolis is present. Kara was previously Director of the Spanish division of SNCF Voyages (TGV) between 2013-14. In 2004 she joined Eurostar in London as Director of the e-commerce and CRM division, and then as Director of Strategy at Eurostar in Paris in 2010, developing new lines between London, Amsterdam, Geneva, Lyon and Marseille. Kara started her career in 1997 as a consultant in the London office of PricewaterhouseCoopers. She then joined Orange PLC in 2000, where she was in charge of creating the CRM department in the Netherlands and for the development of the service offer and customer loyalty in the UK.