Resurrecting the bus: creating services and policies to bolster the bus sector

Arno Kerkhof, UITP’s Bus Transport Unit Leader, explains how a mix of BRT, innovative policy and political drive have the potential to turn the fortunes of the bus sector around. 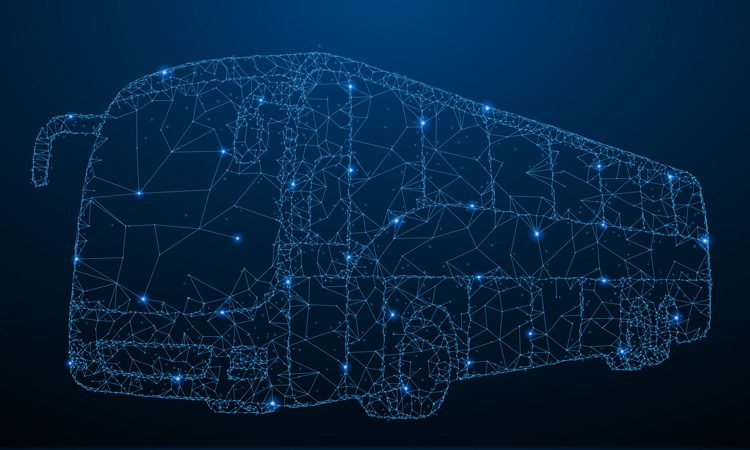 Bus rapid transit (BRT) systems have seen a lot of success recently – which regions are leading the way?

There has been a lot of development of BRT in Asia. It’s popular in the Americas as well, but I’d say that it is rather stable there; the true developments are taking place in China. The new BRT cities and systems are coming from there, as well as Africa. In Africa there’s more movement on that side, both in the northern and southern Africa, from Morocco to South Africa.

In China, there’s been a lot of development in e-BRT and e-buses. During the UITP Summit there was a presentation from the city of Zhengzhou. They say they operate hydrogen buses and hybrids on the BRT lines.

Do bus operators and transport authorities have to take more care in their approach to BRT when implementing alternatively powered vehicles?

I think they need to do it in a more integrated way. In China, they are planning BRT routes to accelerate public transit in cities, but they also integrate new energy policy from the state in those plans. I visited China with UITP’s bus committee in November. We were hosted in Shenzhen, which is famous for its e-bus fleet, but we also made a technical visit to Beijing, which has 20,000 buses. They also have quite a lot of new BRT lines that they developed from regular bus lines. They work a lot with dual mode trolleybuses, meaning they run traditional trolleybuses with wires that can also run separately from the wires on batteries. They started developing the concept just two years ago, where they have now 800 dual-mode trolleybuses running. The scale is amazing, but also noteworthy is the speed with which they implement.

What acts as the biggest hurdle to BRT implementation, considering that the road infrastructure to support it already exists?

If you compare BRT to the infrastructure that a metro would need, then yes, the infrastructure is there; the problem is that the roads are being used by cars. I would say BRT is less popular because the discussion around it is more political – it’s difficult to convince citizens to take cars off the road. It’s not a technical issue – it is a political endeavour and it’s not popular.

During another session at the Summit, Roland Ries, the Mayor of Strasbourg, was explaining how he promoted in the renaissance of the tram in Strasbourg during the 1990s. While a tram is not BRT, it is a surface mode of transport and was not popular; the people were adamant that they didn’t want it. They said it is old fashioned – Strasbourg had trams in the 1920s and 1930s – and you do not enter the 21st century with an old transport mode. That’s the kind of mindset and mentality that politicians like Roland Ries are here to challenge. Now we are challenging the habits and the mentality of people and we are gradually taking cars out of the equation.

If you want to have good public transport – that means dedicated space and not having the bus stuck in traffic – then you need to battle politically. Of course, once it is realised and it is running, you tend to only get positive feedback.

From an operator’s point of view, do you think even pitching BRT might be off-putting because of the political agenda that surrounds it? Cities are striving to meet clean air goals, yet too often, cars are prioritised.

When counsellors and politicians are elected to serve a term, these goals are a significant part of their campaign, but once elected, what about implementation? I feel as though there is a lot of communication about goals and plans and visions, but there comes a point when you also need an implementation plan, a budget and a timeline. Without these, all of those visions and promises become somewhat empty. Rhetoric around sustainability goals is becoming louder, but where is the implementation plan? It’s important to always keep the connection between the vision and the actual plan.

Do you think that the bus might have an image problem? Do you think there’s almost a rebranding task that needs to be done on the sector to change how it is viewed by passengers and by cities?

It’s a matter of perception – and of course perception is never neutral – but yes, at UITP we recognise this. Ten years ago, we were working on the European Bus System of the Future (EBSF) –a €20 million European Commission-funded project. The project’s primary aim was to revisit the design of the bus vehicle and the design of the ecosystem in which the vehicle is operating.
We came to a number of conclusions and then followed up with EBSF2, which gave birth to a sort of design charter. This was presented at this year’s UITP Summit in a variety of workshops. It’s an e-bus design charter meant to stimulate and act as a call to action for manufacturers to take advantage of the advance of electric technology in buses, and also to rethink the architecture of the city bus.

Today, an electric bus still looks like a bus. What is the difference between that and its precursor, the diesel bus? There are some clever-looking external designs, but on the inside, you don’t see an upgrade on the interior design.

There are still repetitive seats, bars, dark areas. We’ve been working on this EBSF2 charter to optimise the bus, do things differently, but also to get manufacturers to think more in customer segments. Why would you have 30 seats all the same, row by row, instead of creating different areas? Maybe there is one for students, some standing places for businessmen. These are the kind of ideas and guiding principles in the design charter.

That’s the physical part of the image, of course. The other part is more on the authorities and the city side and how they can help improve the image by giving road space to buses, which in turn improves services. It is this kind of system approach that UITP advocates.

Gathering the right minds around the table is most definitely part of the approach – we need to make sure the sector is going in the right direction, so to speak, and UITP can and does lead on that. We are known for bringing the best people together to consider the next steps. This October in Brussels, UITP will host the International Bus Conference, alongside the latest edition of Busworld, where a detailed and hugely interesting programme, led my many international sectoral names, will discuss the bus sector. It’s here that those who know the sector best can truly consider what is to come. The programme will be full of discussions on electrification and new energy, everyday operations, bus fundamentals, business growth and the operations in growing economies. I think it stands to be our best edition yet, and I’m confident everyone will leave with the future of the bus in mind!

Do you think city authorities could do more to boost the profile of bus in the eyes of passengers?

Absolutely, there’s always more that can be done – maybe even to make it the preferred mode of transport. Besides marketing, I would say there are measures for the operators to take. They can of course implement and demand containing measures. Cities have to think of closing routes to cars and encourage progressive car parking pricing. That can be done in combination with public transport.

Again, there’s also work to do on the mindset of citizens; it is not just a matter of convincing drivers to switch to the bus or to other public transport, but also to educate and retrain their thoughts and habits in an almost therapeutic way. For example, suggest to citizens to try using public transport instead of the car one day of the week – it can be an incremental shift rather than all at once. This is of course more public policy, public health, public awareness. I think politicians and citizens can work on that much more.

It’s also partly a matter of finding the right niches on a local level. It might take the form of, “no cars allowed on this day”, but what we try to do at UITP is to connect best practices. If you look to the cities in Europe where public transport has a high modal share – or let’s say public transport plus walking, plus cycling has a high modal share – what are they doing right? Cities like Helsinki or Stockholm have modal shares that are 40-50 per cent, whereas similar cities – archetypal cities in Europe with similar structure and population – they have just 20 per cent modal share.

There are things to learn in terms of measures, in terms of mix – I say it’s more mix of measures. Of course, it’s preconditioned that there is political plan and political challenge to achieve those goals, but the ability to do so isn’t solely based on the technical capability or on the measures that are in place. We need a combination of political leadership and willingness to encourage lasting transformation. It can be done – there are already examples of it. In Europe, not cities are all equal, but theoretically there is no reason other cities could not achieve the same percentages seen in the places I cited previously.