Supply and demand: how data collection and analysis became the key to unlocking MaaS

Yovav Meydad, Moovit’s Chief Marketing and Growth Officer, speaks to Intelligent Transport about how a community-driven approach to transport information collection led to the world’s largest transport data repository, and how meeting the demand for reliable transport data – for both users and operators – has become key in developing MaaS solutions. 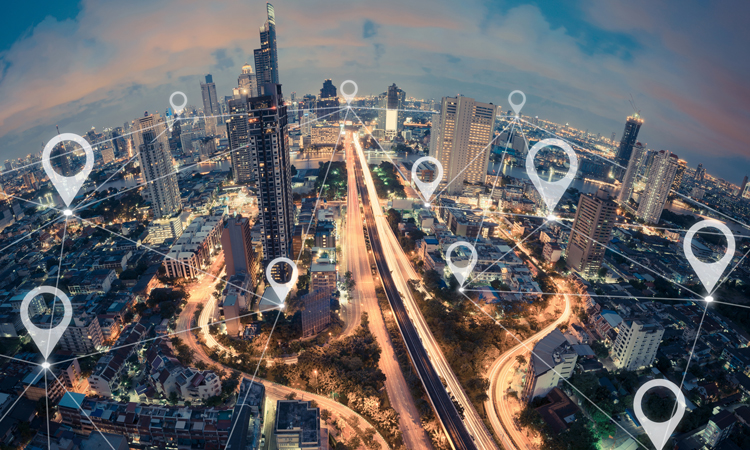 Moovit now has over 300 million users across mobile and web platforms. That’s a lot of people and a lot of data, and it’s really crucial that user information and data is kept safe.

There’s no account necessary to use Moovit but there is an option to sign in using Google or Facebook, which gives users the capability to synchronise their information across devices and platforms. Creating an account for every application you download is a hassle and it can put users off, or even discourage them from using the app at all, so this is part of our attempt to make transit as seamless as possible.

We are very aware of privacy concerns – it’s something we took very seriously even before GDPR, so becoming GDPR compliant was quite a natural evolution of what we already did. All of the data we use is completely anonymised; we don’t know if an individual lives at a specific address unless that individual explicitly gives us that information by inputting their home address. Until that happens though, we don’t guess.

All of the analytics we carry out are anonymised as well, but we’re still able to get accurate results because the anonymised data is aggregated. It’s not a case of analysing the data of one person, but an entire neighbourhood – if there’s not enough data to allow us to do this, it won’t be done because we won’t then look at doing it at a more granular level. It’s something that we constantly communicate to our users just to make sure they’re aware of it and are happy to continue using the app. In any business case that requires a lot of user data, it’s crucial to be transparent, and that’s what we’ve been all the way along the route to GDPR compliance.

To be able to open this type of route-planning service in a city, you need access to the city’s public transportation data, and have it completely mapped out within the app. Without this, users would open the app and just see a map with no information on it. We need to know what services are available, what lines are being run, where the stops are on those lines, what the timetables are – without all of this information, there is no route planning. In some places, this information is provided as a matter of course by governmental transport departments, allowing for complete coverage of every city in a country, whether it’s a capital city or a smaller suburban town.

However, this isn’t the case for many places around the world. Modern cities have engineering and developmental resources to make it possible, but the majority of the world’s population doesn’t live in a modern city.

The challenge is how to deliver that level of information to everyone. Only about a seventh of the world’s population uses cars, while billions live in places that aren’t like London, Paris or New York. Whether they’re in Latin America or even some places in Europe, huge numbers of towns and cities simply aren’t wealthy enough to have an engineering arm that can take that information and make it available through APIs for developers.

To tackle this, Moovit developed an editing platform that allows volunteers to map out public transit information themselves. It’s a tool that allows a community of volunteers, who act as local editors, to login, specify where they live and then detail the public transport lines available and where the stops are. It’s a matter of dropping a pin on the map where the stop is, specifying the route and sequence of stops and entering the timetable information. This method of crowdsourcing transit data allows for launches in towns and cities where digital transport information is otherwise unavailable. Around 500,000 of our 300 million users are part of this community of editors. Some cities have many, some only have two or three, but it’s not the numbers that are important – it’s having people who are passionate and engaged with it. They want to do it for the sake of their local community, because up until now, there has been no app for them. Two-thirds of the cities where Moovit is available have been mapped by the community, which shows how little official data there is available.

Take Buenos Aires for example: a huge city – one of the largest in Latin America – with masses of public transport agencies, but one that hasn’t opened up its transport data. There are dozens of bus companies, each with the license to operate a few lines each, meaning there’s no central authority to issue information to users. We have helped them to combat this disparate structure, mapping the information from each operator through the editor, and signing an agreement with the Department of Transport for Buenos Aires.

Validation of this crowdsourced information is obviously hugely important. The editing tool is built similarly to Wikipedia, where editors have ranks; the higher the rank, the more authority you have – including the ability to moderate changes suggested by lower-ranked users. There’s a gamification element to it as well, where you gain points for contributing data to the community which help users to climb in the ranks so that they can also become moderators. If there’s a change to a route suggested by an editor, it has to be approved by a moderator first. The two can communicate with one another using a tool built into the editor, enabling the groups to be self-managed.

These communities of editors have their own WhatsApp and Facebook groups, and even their own meetups – they do it because they’re passionate about transportation and what they’re doing. It’s a way for the editors to give back to their local communities and make sure their friends and families have an accurate app they can use to travel with.

There are some cities that have the data but will not share it with developers, but they cannot stop the community from mapping the same data manually through the editor. Once authorities see that we’ve launched in their city and bypassed them, they want to work with us, and we’ve signed a number of agreements in this way.

Once these types of agreements are in place, we are seeing that transport agencies want to go a step further, to understand and analyse how and where their passengers are moving, and we’re able to help them do that. Rather than sending staff out with clipboards to conduct surveys, we have all this anonymised data to be collated and analysed instead. This data is more accurate than what you might collect via a survey because it is collected every day, while a survey might only take place once every five years.

With huge amounts of demand and supply side data (public transport information for users and travel pattern data for operators) brought together, transit agencies can now get a much clearer idea of whether the supply actually meets the demand. It enables transport planners to see people’s movement and get an insight into their decision making – for example, is the nearest bus stop too far away for a certain group of people, who might then decide to drive instead? Cities are now talking about the potential of Mobility-as-a-Service, but the first factor in determining whether MaaS will be successful in a city is to analyse the accessibility to mobility, including the first and last mile. Transport operators need to get as close as possible to offering passengers what they’d get if they chose to drive instead – it’s all about removing barriers.

The insight that operators can gain from effective data analytics can show them where and how to introduce new services to solve the first mile challenge; say that the data shows a group of commuters are all taking public transport to the train station, but it’s not a simple route and takes much longer than it perhaps should, then just by looking at the data, there’s a case for introducing a shared ride solution for them. As one of those people, the ability to be able to reserve your place on microtransit that will follow a dynamic route, the knowledge that you won’t need to sit through 15 bus stops, and that you can leave your car at home, is a gamechanger.

Operators can also choose to promote different modes at different times of day by listing that mode higher in the rankings on the journey planner. Like a Google search, the higher the result ranks, the more clicks it will get, so in rush hour, when you know buses and metros will be busy, why not promote bike-sharing as the top solution? It can ease congestion and crowding on those other services.

Cities now have the necessary tools to create MaaS offerings, and consumers have a convenient and free way to continue planning their journeys and getting real-time information. The next step, which we’re working on, is to enable the end user to pay for multimodal, multi-operator mobility in the same app – that is true MaaS.