Tackling the issue of transport isolation within the UK

In recent decades, there have been massive changes in the way we travel and the role that transport plays in our lives. These changes have also created a large group of people who suffer transport poverty and isolation, but little in the way of concerted initiatives to help them. In the UK, new research from Campaign for Better Transport has revealed the planning and investment decisions needed to help tackle transport isolation in a way that will help us socially, economically and environmentally. 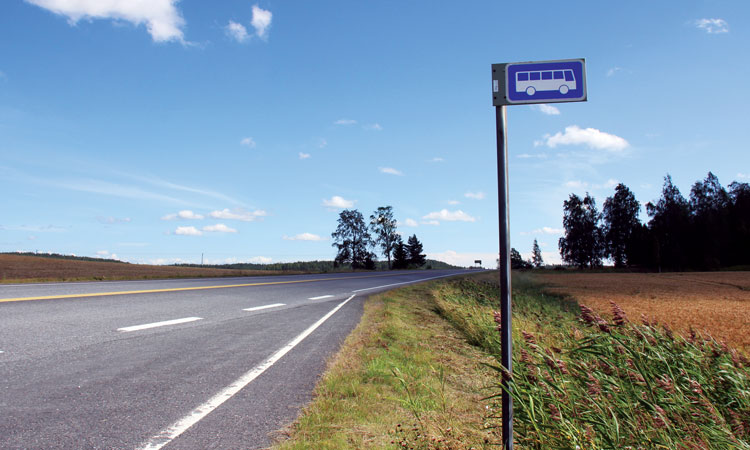 As a society, the UK is significantly more reliant on the car than we were 20 years ago. Although the overall number of journeys made has plateaued in the last decade, the UK has seen a decline of the high street, a growth of out of town development, the centralisation of services such as health and a welter of other changes that make it hard to get by without a car even in some urban areas. But with a third of all UK households having no access to a car, significant parts of the population suffer a transport deficit.

Predictably, it is the most vulnerable in society who are worst affected. Older people, job seekers, the young, low income groups and those with disabilities are particularly likely to suffer transport isolation. Meanwhile, the cost and extent of public transport services which should fill the void are in decline. Train fares have risen by more than inflation every year for the last decade. Buses have been even worse hit, with fares rocketing in the last year and government support for services having borne the brunt of repeated spending cuts over the last three years.

This matters. For older people, public transport is often a lifeline enabling them to connect with friends, family and their community, whilst allowing them access to health and social care and other key services. Young people travel a shorter total distance and make fewer journeys than they used to but must now make longer journeys to reach their most frequent destinations. They make most of their journeys by car but, in common with older people, they use cars less and travel by bus more than people in the middle age groups. Only 38% of 17-20 year olds now have a driving licence compared to 48% in the early 1990s. However, the provision of public transport to compensate for this trend has not been taken into account by local or central governments.

Two out of five jobseekers say lack of transport is a barrier to getting a job. The cost of public transport can be extremely problematic in getting to interviews and transport issues are often a deterrent to making job applications. Those living in rural areas without access to a car face particular difficulties in finding work due to poor transport provision and a lack of affordable social housing located nearer to employment opportunities. Those on low incomes spend more of their income on buses than other groups and may also be reluctant to move nearer to jobs due to their informal networks of support or family commitments in the area where they currently live. Finally, people with disabilities are more likely to mention transport as a local concern than able-bodied people, 60% of people with disabilities have no car in the household and they use buses around 20% more frequently than the able-bodied.

Despite this, our research has highlighted that the needs of marginalised groups of passengers are only occasionally taken into account when determining the provision of public transport to isolated communities. But there are examples of good practice. Network St Albans was launched in 2009 to bring together all the organisations which have a role to play in providing and improving transport. St Albans itself is affluent and with a high percentage of car ownership. Yet the partnership has had success in reducing traffic congestion and increasing bus use and is now being expanding to cover a wider geographical area.

A study by Campaign for Better Transport looked at Network St Albans and other best practice, and identified the following four key points needed for success:

Providing real-time information, adequate signage and mapping between transport modes is vital to the success of integrated transport. The government should ensure that data on timetabled and real-time public transport operations is freely available for use by third parties, subject to controls on accuracy and quality.

Transport interchanges should be focused on the needs of passengers rather than the transport modes themselves. Network Rail, bus operators and local transport authorities should do more to promote more people-centred design in new transport interchanges, particularly for waiting areas, and to allow for pedestrian movement between services and with surrounding streets.

Punctuality is important to give passengers confidence that they can make connecting services, whether by train or bus. Passenger Focus, the Office of Rail Regulation and the Traffic Commissioners should continue to focus on punctuality and reliability, but should also support operators keeping connections where appropriate.

The Dutch experience of zonal tickets (and the experience of their introduction in London in the 1980s) shows their potential to simplify ticketing and grow demand. The Department for Transport should use its smart ticketing programme as an opportunity to work with Integrated Transport Authorities and transport operators to introduce a simple, zoned, integrated fare structure in metropolitan areas outside London as a stage to rolling out zonal fares in all areas.

There is also the potential to encourage more community-run transport initiatives. Community Transport schemes are often at their most successful when offering services conventional operators would not be interested in. Serving the most remote corners of the country, or working in partnership with other local services like youth clubs or care homes, can really make a huge difference to people who use them.

Community transport is already a lifeline in both rural and urban areas. It takes people with disabilities to work, children to school, sick people to healthcare and older people to the shops. It runs local bus routes and provides transport for a wide range of clubs, voluntary bodies and care homes. People shape the services they want and community transport makes it happen. Community transport is part of the transport mix in isolated communities and there is scope for it to do more. But it is not the sole solution to passenger transportation and central government and local authorities are unrealistic if they expect volunteer-run community transport projects to fill gaps left by deep bus cuts.

The integration of services and pooling for budgets, at both local and national levels, can ensure that public money is made to work harder. Some local authorities have already made savings by integrating the way they contract public bus services, school buses and social services transport. Partnerships between councils, operators and big institutions like hospitals and universities have had good results. Taxi buses, health service transport, travel schemes for post-16 students and social enterprises all have a part to play. In some cases, core routes linking towns are met by demand response village services at request stops.

Community Rail Partnerships play an important role in providing transport for isolated communities. The case for new or reopened connections is increasingly strong, with demand for rail now at its highest level since before the Second World War – despite the network being considerably smaller than then. Despite the growing case for these connections, there is no clear process in the rail industry for this to happen and many local authorities lack the capacity or skills to progress schemes themselves. Some new lines and stations have been built, however, and demand on these new lines and stations has usually been higher than forecast.

Surviving in a tough spending environment requires a pragmatic approach, but experience shows that it can be done. Locally, we need a greater focus on transport integration with local authorities recognising the needs of their communities and working together with all transport operators to provide a joined-up public transport network and not a series of competing operators.

Nationally, there must be recognition that investing in passenger transport is good for the country with wider benefits experienced economically, socially and environmentally. Planning guidance should help local authorities provide employment, hospitals and shopping areas that can be easily accessed without a car. Furthermore, support for public transport should be ring-fenced in a way that emphasises the benefits it brings. We should not expect voluntary schemes to fill all the gaps left by cuts to services and we should be inventive in how we look to fund services. As well as money from the transport department, we should expect to see support from government budgets for health, training and education. Some good things are already happening, but without measures like these, we will lack the resources and the imagination to tackle transport isolation.

Martin Abrams leads Campaign for Better Transport’s work promoting reliable and affordable public transport. He has been involved in environmental campaigns since he was 15 years old and remains inspired to protect precious natural habitats from unnecessary development. Before joining Campaign for Better Transport, Martin was a member of the RSPB’s Parliamentary Team. 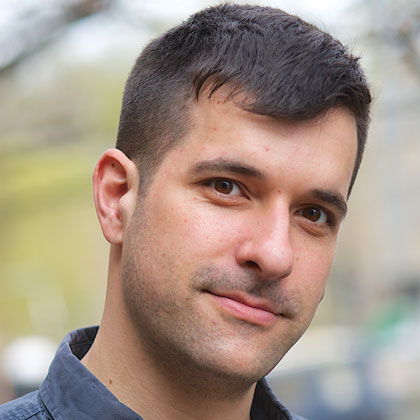