Many people, going about their daily business, don’t recognise the different police forces working across the length and breadth of the UK. Forty-three geographic police forces alone police the streets of the cities and counties of England and Wales, not forgetting the recently unified Police Scotland north of the border. For most of us it is just ‘the police’ and generally that is true because all forces perform very similar roles in tackling crime and anti-social behaviour and keeping the peace within their own respective communities. However, on the railway it’s different. The 4,000 officers and staff of British Transport Police (BTP) have been policing Britain’s railways for as long as there have been railways. They are the specialist police force for the railway and over the years, have developed a level of knowledge, expertise and an unprecedented appreciation of the financial imperative of keeping the railway safe and keeping the railway moving. 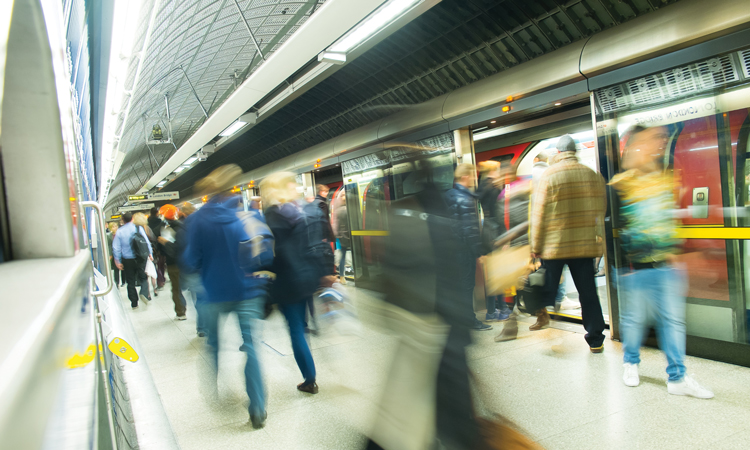 The railway is, generally, a very safe place to be and crime has fallen dramatically over the past few years with a 37% reduction in crime since 2004/5 and a fall in robbery of 78% during the same period.

The force has just undergone a major restructure, reducing from seven to three geographic divisions and using the cost savings created thus to invest in 200 additional officers, putting police in places where an officer was rarely seen and concentrating on tackling volume crime. The restructure also gives the force a better synergy with rail industry stakeholders and enhances the already strong ties with the train operators.

One of BTP’s operational priorities is terrorism. The railway has been subjected to more than its fair share of terrorist attacks over the years. It is an attractive target for terrorists being a crowded place often in iconic locations and is easily accessible. Mass transit systems are difficult to secure because by their very nature the people using them expect to keep moving with little or no hindrance from security measures.

Terrorism is rare but the consequences of terrorism on the railway or underground system are very high indeed. Whether from a human perspective (as illustrated by the loss of life on 7 July 2005), a public assurance perspective, or from an economic perspective, the impact of a terrorist incident on the railway is huge. BTP’s priority is to keep those using the railway safe from harm, but also to ensure that disruption of the railway is kept to a minimum.

Risk to the railway is not just in the form of terrorism attacks, but also from a number of other sources, including:

With over 200,000 items of lost property found on the railway every year, there is a real need to manage such items effectively. It is not viable to close stations or stop trains every time a piece of passenger luggage is found on a station. To deal with this problem the railway has adopted the ‘HOT’ protocol. Put simply, where an article is found on the railway, staff will assess whether it is:

Terrorists want devices not to be found so an item in public view is less likely to be placed with evil intent.

Is there something else which makes the item appear suspicious?

Typical of the environment

A left item of passenger luggage is usually exactly that.

The grading of calls by police, based on the knowledge that every station has a security regime, reduces the need to close stations and suspend services whenever a threat or hoax call is made.

The railway, by its very nature, attracts people who may draw attention to themselves by their behaviour. Some because of what they are carrying with them, others because of their demeanour. These instances have to be considered and reviewed in a manner that is aware of the risk but also appreciates the rail environment before jumping to conclusions and dealing with such persons as a threat.

All of the aforementioned present a challenge to rail staff and the police alike, but when treated rationally, the railway does not need to react in a way which puts innocent lives at risk or disrupts services.

The British Transport Police’s overarching aims for terrorism policing are:

The unit at the heart of this is the Counter Terrorism Support Unit (CTSU) based near Kings Cross in central London. The CTSU is a proactive, high visibility unit which can deploy across the country in high visibility operations to support the force’s divisional officers. The CTSU works in multi-functional teams. The specialist officers have skills which require a robust selection and continual training and qualification whilst attached to the unit. The individual skill areas include: firearms; dog handlers; and specialist response.

The BTP has only been deploying armed officers since 2012. Launched to meet the threat from a marauding terrorist firearms attack, they provide armed policing and security at central London mainline hub stations. The officers can also be deployed, unarmed, to crime or other terrorist operations as the need arises.

The BTP deploys proactive explosive search dogs (ESD) which search for explosives, as do many forces, but the BTP is one of only two UK forces to deploy passive explosive detection dogs which can detect traces of explosives on people. Additionally the CTSU manages all of the general purpose dogs the BTP deploys in the South East of England.

In a ground-breaking project, the BTP is soon to deploy dogs which can perform both a general purpose and explosive detection role.

In order to keep the railway safe and moving, the BTP deploys Specialist Response Officers to carry out assessment of articles left unattended on the railway. They also provide the first level of response for a CBRN (Chemical, Biological, Radiological and Nuclear) incident and are trained to use specialist equipment in order to work alongside other emergency services in deep tunnels.

The CTSU also has an Engagement Team which works very closely with stakeholders in the industry, including train operators and government (for example the Department for Transport (DfT)) in sharing good practice in various aspects of security. The team recently re-launched Project Griffin1 on the railway. Project Griffin is a nationwide project which seeks to give front line staff a better understanding of the current terrorist threat, attack methods and hostile reconnaissance. The CTSU also runs Project Argus, which highlights the need for industry practitioners to have business resilience in place to deal with the consequences of an attack or other catastrophic incidents. Project Griffin has been very well received across the industry and has led to the BTP’s involvement in train operators CT-based table-top exercises. The team is increasing in size to meet the demand for this bespoke training for staff.

The CTSU also deploys Counter Terrorism Security Advisers to give advice to train operators who operate large stations and to survey critical infrastructure on the railway in order to minimise risk to the railway.

The CTSU works closely with industry colleagues to deliver a joined-up approach to securing the railway. This involves train operators from the commercial side, the DfT in their regulatory capacity and the BTP from an enforcement and policing perspective. These are three different, yet complementary, aspects of a security regime which provides a rational and realistic level of security on an open, mass transit system. This understanding is apparent throughout various levels of the organisations; from a senior officer level dealing with senior members of train companies to neighbourhood team constables and Police Community Support Officers (PCSOs) problem-solving at a local level. Each element in this regime needs to understand and appreciate the needs of the others and the holistic outcome is a safe railway with a secure and economically viable level of security.

Whether by having a pragmatic, yet compassionate and forensically aware approach to managing fatalities, leading for the police service in tackling the theft of metal or in keeping the railway safe from the spectre of terrorism, the BTP has proved itself to be the specialist force for the railway.

David Roney served for 24 years of service in the City of London Police – mostly in Operational Policing and Public Order. David transferred to the BTP in 2006 and his roles have included command of major events including the Champions League final, the royal wedding in 2011, being lead-planner and Silver Commander for the 2012 London Olympic Games, and since October 2012 as Head of the Counter Terrorism Support Unit. 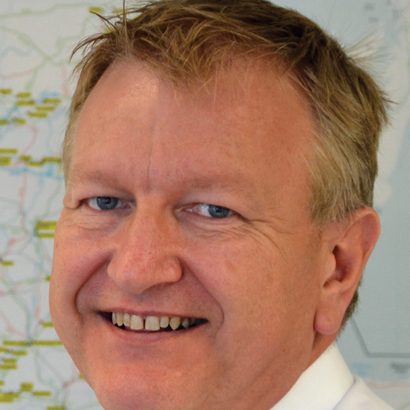