All expert opinion predicts that an ever greater percentage of the world’s population will be living in urban areas within the next 18-20 years. In China alone, around 10 million people per annum move from the countryside to rapidly-expanding cities, in search of employment. This rapid growth in urban population places heavy demands on public transport, and that pressure is bound to increase, writes Doug Jack, Industry Consultant. Rail systems, both overground and underground, are very expensive to build, but their attraction to passengers is the speed of journey times, compared with using congested roads. A lower cost alternative to rival rail networks, but still capable of moving large numbers of people, is Bus Rapid Transit (BRT) systems. 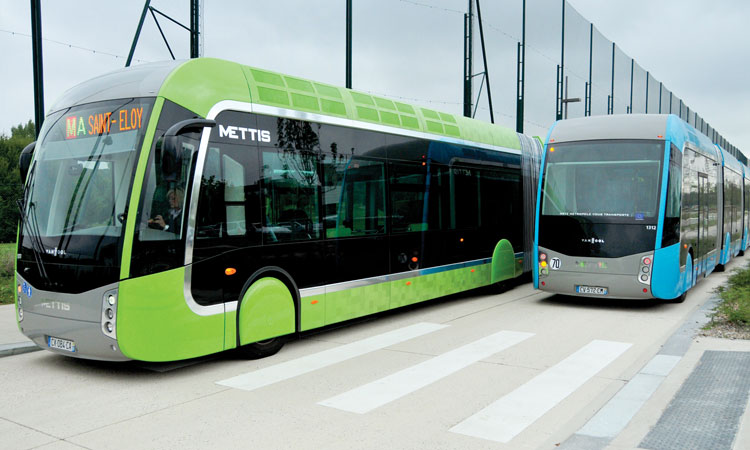 Standard city buses, whether solo or articulated, are cost effective, but they suffer from traffic congestion. They can also play an important secondary role – feeding rail stations and carrying passengers the final mile or two to their homes. They are vital in less populated areas where passenger demand does not justify rail systems.

There is a much lower cost solution to moving large numbers of passengers on busy corridors. Bus Rapid Transit (BRT) systems originated in Brazil more than 30 years ago. They are very popular in South America, but they have since expanded to several others parts of the world, including Europe and China.

The main requirement for a BRT system is a dedicated right-of-way, separated from other traffic, enabling vehicles to achieve much faster point-to-point journey times. Passengers can get on and off vehicles at stations, using pre-paid ticketing systems, so that dwell times are minimal. Frequencies are normally so high that timetables are unnecessary. The ability to turn-up and travel is a great incentive.

There are two main vehicle concepts. In South America, there are articulated and bi-articulated buses with high floors that are level with covered station platforms. When the vehicle comes to a halt, its doors open and metal plates on the vehicle fold down to form a bridge between the vehicle and the platform, enabling easy access, even for a passenger in a wheelchair.

Volvo pioneered BRT systems in Curitiba (Brazil), using vehicles with their engines mounted horizontally under the floor in the front section. This layout lends itself easily to towing one or two trailer sections, connected by turntables. The engineering is not so complicated as having a rear-mounted engine in an articulated bus, and, to the best of my knowledge, it has never been achieved in a bi-articulated vehicle, using only a diesel engine. It can be done with a diesel hybrid layout with electric drive, usually to the second and third axles.

In Europe, and in most other parts of the world, BRT systems tend to use low-floor vehicles that park alongside low platforms, again facilitating easy entry and exit. There is the option of optical guidance systems which can control the steering and park a vehicle as close as 40mm to the platform.

Towards the end of June 2014, VDA – the German motor industry trade association – held an International Press Workshop in the run-up towards the major IAA Exhibition in Hanover at the end of September 2014.

Several senior executives from the commercial vehicle industry gave presentations, including Hartmut Schick, Head of Daimler Buses. He described BRT as a comfortable mobility solution with lower costs. He said: “Passengers appreciate the rapid transit, in particular on congested urban routes. In addition, our direct customers like the impressively rapid and inexpensive realisation of BRT systems.”

His company has supplied more than 250 articulated buses to the Istanbul BRT network – the largest in Europe. The first 20km of routes were implemented within one year, and the network had doubled in less than three years. Daimler Buses has also supplied BRT vehicles to several South American systems.

Hartmut Schick compared the costs of infrastructure investments. Taking a recent example of Bangkok, for the same price the city could have 7km of subway, 14km of elevated railroad, 40km of a light-rail system, or 426km of Bus Rapid Transit. That made BRT the ideal solution for public transport in rapidly growing cities. It really is a no-brainer!

The implementation of BRT systems requires political will and can lead to unpopular decisions – for example, taking road space from motorists and thereby making their journeys even more congested. BRT systems have to be seen as part of overall urban planning and in some cases, also national legislation, such as mandatory reduction in carbon dioxide emission limits.

The decision to build the first BRT system in Curitiba is a good and typical example. Thanks to the foresight of earlier planners, the city already had wide avenues. They decided to install dedicated bus lanes on these avenues and also legislated that the city would expand in a linear fashion along those avenues.

Articulated and bi-articulated buses run on the BRT systems, with frequencies as high as every 90 seconds. Even at the busiest periods, a BRT vehicle will spend no more than 15-20 seconds at each station, meaning that the next vehicle is almost always in sight.

Minibuses and standard city buses connect with many of the stations, taking passengers further into residential areas. This is facilitated by single ticketing that permits transfers between vehicles.

Although the city co-ordinates the transport policy, the BRT vehicles are operated by 10 private companies. They are paid on the distance travelled, not the number of passengers carried. The payment system also enables the operators to write the vehicles down over a 10 year period, so that the fleet is always being refreshed.

A more recent, but very impressive, BRT system is Transmilenio in Bogotá, Colombia. On this extensive network, there are sometimes two dedicated BRT lanes in each direction, so that limited stop buses can pass those that are serving every station.

For European BRT systems, Mercedes-Benz developed the CapaCity model. At first glance, it looks like a standard articulated Citaro bus, but it has a longer trailer section, with a fourth axle that steers. There are 250 of them working in Istanbul, running on routes that have either a dedicated right-of-way, or reserved bus lanes, for instance crossing the first Bosphorus Bridge.

One of the busiest routes runs from near the main Ataturk International Airport to the city centre. In Istanbul, the stations are normally islands, serving vehicles on both sides, and reached from overhead bridges, used by connecting local buses and minibuses.

Most BRT systems use diesel-fuelled buses, but there are a few that use hybrid drive systems, including one that will soon open in the Swedish city of Malmö, using compressed natural gas fuelled engines.

The most exotic BRT vehicles in Europe are made by Van Hool of Belgium. Their futuristic Exqui.City was first launched in Dubai in May 2011. It is available either in articulated or bi-articulated form and is designed for hybrid drive systems, or as an all-electric trolleybus.

The Exqui.City is styled to look more like a tram with similar front and rear end styling, but the company is also willing to re-design front and rear ends to meet specific customer requirements. For instance, the French city of Metz wanted a more squared-off front than the Van Hool standard. These vehicles have a diesel engine mounted in the rear of the third section and a hybrid drive system.

In another variation, Van Hool delivered 33 Exqui.City articulated trolleybuses to TPG in Geneva. These have the second and third axles driven, giving them excellent traction on hilly routes and in bad weather conditions.

Iveco and Mercedes-Benz also offer the option of additional windows located below the waistrail and/or glazing in the ceiling. These features let more light into the vehicle. Other modifications include up-market interiors, with wood-effect floors, stylish seating, passenger information systems and Wi-Fi connectivity. While these vehicles look more attractive than standard buses, they do not always enjoy the other benefits of BRT systems, such as roads that are free from other traffic.

A further development in BRT is likely to be all-electric vehicles. A Swiss consortium, led by Hess and ABB, launched the TOSA project in Geneva in May 2013. The articulated vehicle looked like a trolleybus, minus the booms, but was equipped with a laser-guided arm, mounted on the roof of the trailer section, that could take fast charges from overhead gantries at each end of a route, and also at busy stops.

The system has considerable potential in Switzerland because it could replace conventional trolleybuses and their overhead wiring that is unsightly and requires regular maintenance. While all-electric BRT vehicles will be more expensive than their diesel counterparts, they will still be far less expensive than rail-based systems and they have zero emissions.

On all calculations, such as constraints on public sector budgets, cost of vehicles, cost of infrastructure, speed of installation of systems, frequency of service, ability to move high numbers of passengers per direction per hour, minimal emissions, and attraction to passengers, Bus Rapid Transit has a very promising future.

Doug Jack spent the first 17 years of his career in the commercial vehicle industry with British Leyland Truck & Bus in a number of senior management positions, including Company Secretary. He established Transport Resources International in 1986 as a specialised consultancy advising bus and coach manufacturers and suppliers. Doug publishes the comprehensive European Bus & Coach Guide every month and is the principal author of the World Bus & Coach Manufacturing Industry report that is published every two years. You can find out more about Doug’s activities on his website at www.dougjack.co.uk. 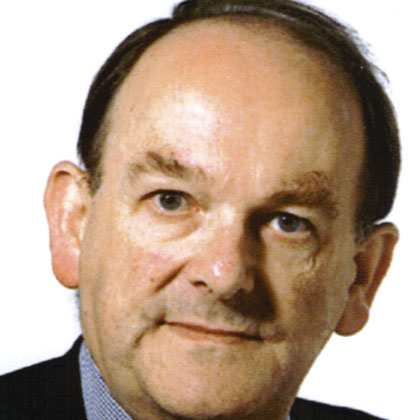 One response to “Bus Rapid Transit: the flexible option for passengers”