Public transport and ITS: the urban mobility dream team

Urbanisation is a phenomenon that will consolidate in the coming decades. Today, around 75% of European Union inhabitants live in built-up areas and it is expected that by 2025 most of the world’s population will live in towns and cities. Human pressure increases not only the demand for land leading to an ever-growing footprint of urban settlement, but also the demand for transport infrastructure and mobility services. As Head of City Programme at ERTICO ITS Europe1 Paul Kompfner explains that at present, many cities are badly equipped to meet demands – so how can traffic be managed and mobility ensured in these human anthills? 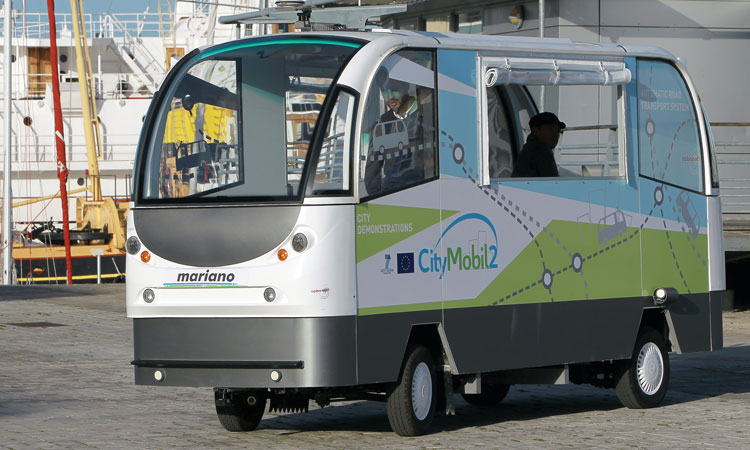 The answer might have something to do with sustainability. The transport networks of cities need to be sustainable from an economic, environmental and social point-of-view. This means that transport in the future should no longer be responsible for as much as 40% of polluting emissions, as it is today. Transport networks should also be efficient, accessible and affordable for all citizens.

In this respect, Information and Communication Technologies (ICT) applied to transport, also called Intelligent Transport Systems (ITS), can help reduce CO2 emissions, improve traffic flow and enhance safety. They represent an alternative to heavy investment in new infrastructure in a context where both land and economic resources are limited.

Public transport is an important driving force of urban change and can become the backbone of an alternative scenario. In the digital era, ITS can potentially increase the efficiency and convenience of public transport, offering a real alternative to the use of private cars.

The ERTICO Partnership is working towards this direction through several activities. One example is the OPTICITIES2 project which aims to optimise urban mobility from a user-perspective and to advance autonomous information services.

Coordinated by Grand Lyon and gathering 25 European partners, OPTICITIES focuses on the enhancement of transport networks through trials of innovative ITS services. Addressing both passenger and freight transport, the goal is to develop and test interoperable ITS solutions in six cities able to provide urban dwellers with the best possible journey and to optimise urban logistics operations. In this vision, European cities consolidate all data available at local level and provide it to users through a standardised gateway. Service providers and industry together with public authorities can thus offer very high level mobility services.

Along the same lines, the Viajeo Plus3 project has created a forum where stakeholders from Europe, Latin America, China and Singapore exchange good-practice and learn from each other’s successes and failures.

The Viajeo Plus City Showcase held in Brazil in March, spotlighted innovative public transport solutions such as the Intermodal Public Transport and Integrated Ticketing of São Paulo. This mega-city has an excellent public transport network, including buses, trains, monorail and underground lines – all interconnected both physically and through an integrated ticketing system.

Multimodality and Mobility as a Service

To improve their offer, public transport operators increasingly build intermodal strategic alliances including not only metro, rail, tram and bus, but also newer transport modalities such as car-sharing schemes and bike-sharing initiatives. ITS can help bring down existing barriers between transport modes and help operators provide travellers with end-to-end, affordable, safe and fast public transport.

Finland is a frontrunner in the drive for transport innovation and sustainability. Finnish public authorities have taken an increasingly holistic approach and have gone one step beyond multimodality to develop a new concept – Mobility as a Service (MaaS).

According to the Finnish model, as presented during the last ITS European Congress in Helsinki in June 2014, MaaS establishes a new operations service company acting as broker between transport user and a multitude of suppliers. The services may include public transport and other services such as taxis or shared or fleet cars. The (company or individual) user can choose a tailored travel package which suits their lifestyle and that can be paid for through a monthly subscription.

ERTICO’s partner National Mobile Payment Plc. (NMP) of Hungary is a fully-state owned innovative organisation that provides access to a growing range of public services by means of mobile payments. In 2014, NMP launched a nationwide mobile payment system in Hungary, including one of the most successful mobile parking solutions in Europe.

Alongside mobile payments, digital payment for mobility and other services is also becoming widespread. The launch of ‘ApplePay’ using Near Field Communication (NFC) will soon allow users to pay with their mobile device. Also, the Oyster Card is a form of electronic ticketing used on public transport in London which functions thanks to NFC technology. It is promoted by Transport for London (TfL) and it gives access to different travel modes including the London Underground, buses, light-rail, and even river services, among others. In the UK, travellers can also pay for London public transport services using a contactless bank card, avoiding the need for a dedicated smartcard.

Martin Howell, Worldwide Marketing Communications Director at Cubic Transportation Systems explains: “In London, the success of contactless payment cards has been phenomenal; over a million journeys a day and climbing. And this is the start of a major revolution in how people travel – it is becoming easier and easier for city-dwellers and visitors alike to use the public transport network. We’ve seen the same thing happening with the success of Ventra in Chicago. In forward-thinking cities around the world, the advent of a single account for all your travel is dawning, covering every mode and rewarding those making the most responsible and environmentally-friendly choices – helping the cities work more efficiently, for everyone.”

Martin Howell states: “It’s becoming a cliché but it is nonetheless true – the way we solve the problems of our future cities is through data. Data, used intelligently, can provide previously obscured insights, can make our roads safer, can make public transit more attractive and can help people to make environmentally and socially responsible choices.”

The data flow is bi-directional. On one hand, the spread of the smartphone and the huge amount of open data can help transport operators learn about travellers’ behaviour and provide better services. On the other hand, real-time traffic information provided by transport operators to users is a valuable resource for people to better plan their trips.

At the moment, most transport operators offer information via a dedicated app for their own mobility services. In the near future, integrated multimodal travel information (IMTI) will influence the modal choice of travellers. This implies that travellers will be able to plan a trip using any available modes of transport, jumping from metro to bike, and from taxi to train, choosing the fastest, most convenient option at the time.

TISA is currently repositioning its strategy with respect to public transport. TISA Executive Office representative, Stephanie Chaufton explains: “We are confident that TPEG will have a much stronger impact on the public transport sector as there is significant momentum is now building up among TISA members. In parallel, TISA is engaged in negotiations, for example with heavy-weights in the rail sector, which are interested in contributing to the development of TPEG.”

Making the most of existing infrastructure whilst safeguarding safety and mobility will become one of the most urgent issues in our fast growing cities. These are the objectives behind the roll-out of Trainguard MT – a high-performance CBTC (communications-based train control) system from Siemens which enables automatic train protection for driverless operation of metro lines.

Robert Sykora, Director Strategy for the Mobility Division of Siemens points out how driverless metro lines in Paris and Nuremberg are already contributing to a faster, more reliable public transport system. “Driverless operation can increase the capacity of a metro line by up to 50% because the trains can run at shorter headways. On Paris Line 1, automatic operation will achieve a service interval of 85 seconds. If passenger volume suddenly rises – during major events, for example – additional trains can be deployed. These are automatically sent into operation straight from the depot or the sidings, enabling trains to be inserted at short notice into available gaps in the service schedule.”

In the research arena, the CityMobil24 project in which ERTICO is involved has also been advancing on driverless vehicles. Early this year, driverless electric mini-buses were tested in La Rochelle, France, connecting the University and the Old Port over 1.6km. This kind of vehicle could be used by public transport operators to offer ‘last-mile’ on-demand services, bringing people from the outskirts of the city to the nearest public transport station.

Finally, to effectively address the problems that cities face means taking a holistic view of the whole mobility ecosystem. Multimodality, open data, vehicle automation, V2V and V2I communications and cooperative ITS (C-ITS), seamless payment systems, etc. should all be present in the transport networks of smart, sustainable cities in the future.

Paul Kompfner is Head of the Mobility as a Service Programme at ERTICO ITS Europe. He has over 20 years of experience in creation and management of European collaborative projects. He coordinates the new ITS Observatory initiative and is Secretary of the International Benefits, Evaluation and Costs (IBEC) Working Group for ITS, among other activities. A trained astrophysicist, since 1992 Paul has led ERTICO activities on cooperative ITS (C-ITS), ITS deployment for cities and for public transport, ITS system evaluation, traffic and travel information, road applications of GNSS, plus driver safety.